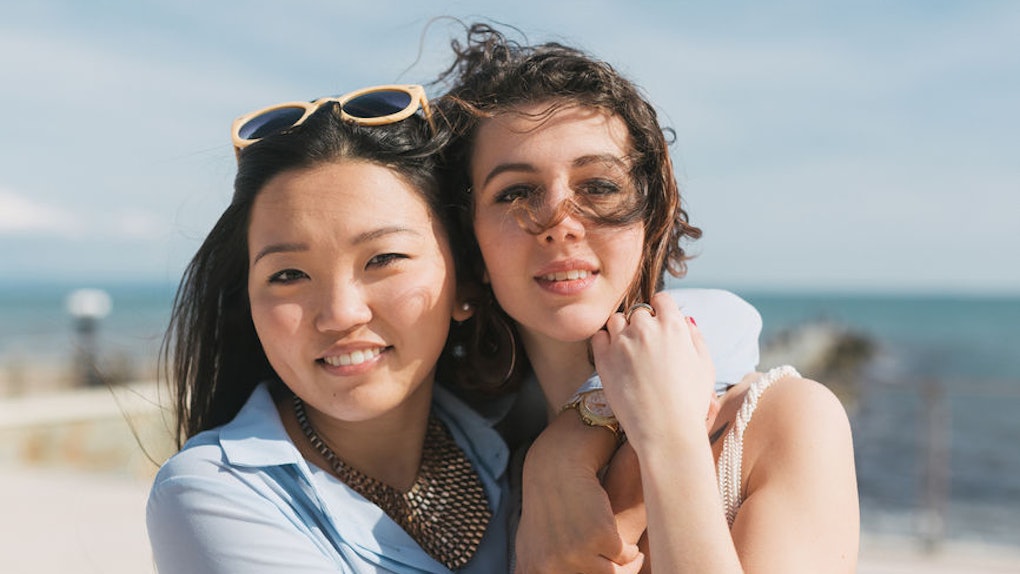 5 Signs Your Relationship Is Moving Too Fast, According To Experts

Being in a relationship can be amazing, and nothing can compare to the feeling of being swept off your feet. But when you fall head-over-heels for someone fast, and there's just no going back, it can be scary. Some relationships take time to build into something special, and that's totally normal, but whirlwind love is exhilarating — which is part of what makes it so appealing. So, even though you may be happy moving fast, these signs your relationship is moving too fast might be the wake-up call you need to reevaluate the pace you and bae are taking.

We've already established that some relationships move quicker than others. You might be ready for marriage or a move-in after a year, or three years, or never! But if moving forward or taking a big step doesn't feel right, it might be because you're moving too fast. Because really, everyone deserves to be happy, but that doesn't necessarily mean you should dive head-first into a relationship that might be developing at an unhealthy pace.

While there are plenty of movies and television shows that show couples falling hard and fast and everything falling perfectly into place, that isn't always real life. As author, relationship and etiquette expert April Masini tells Elite Daily, a lot of couples who get together too quickly can end up not lasting. "Whirlwind romances are very exciting — but many times they leave a trail of destruction in their wake as they wind down and fail," she says. "When people get too involved, too quickly, they tend not to get to know each other. I’ve seen people spend more time researching a car purchase than someone they’re going to have sex with and then move in with."

So even though you might be totally into this person, if you're having lingering feelings that you're moving too fast, you might want to check out these signs. After all, it's better to know now than down the line when you have more of yourself invested.

1. You haven't had those serious discussions.

Even though it can be scary at times, if you're jumping into a relationship with someone, there are some important talks you should have along the way. According to Masini, not having those conversations could mean you're moving too fast.

"You should talk about your hopes and dreams, your past, your debt, your feelings about kids, family, lifestyles, religion, and more," she tells Elite Daily. "When you don’t, these issues come up later, and can be deal breakers." Talk it out, because if you're in a serious relationship, then you should probably have these important discussions before taking the next step — whatever that looks like for you.

Listen, sex is great. And you should be having as much of it as you want to, as long as it's consensual. But, if you want a more serious relationship, and all you two are doing is getting it on, that could be a sign of a relationship that's moving too fast.

"Chemistry is very powerful and when couples have great sex and a lot of it too early, they get blinded by the romance," Masini says. "This keeps them from seeing pitfalls and deficits that a person brings to the relationship. Chemistry is awesome, but it’s not enough to keep a relationship alive over the long run. And, it’s often the reason people rush."

So look beyond the butterflies and the sex, because it may be a sign your relationship is moving too quickly.

3. You haven't met their friends or family.

Obviously, at some point in your relationship, you're going to meet each other's friends and family. But, Masini says that when this happens is important. It shouldn't be too soon, but it should still take place eventually.

"While there are always exceptions, speed causes you to miss things," she says. "You can’t see everything when you’re moving super fast. You need time in a relationship to meet each others’ friends and family." So take a deep breath, and try to see where you both are when it comes to meeting friends and family. It's a big step, but depending on when it happens, you might be moving too fast.

4. You haven't gone through something difficult together.

Another indication that you and your partner are moving too fast is that you've gotten really serious, yet you haven't been through anything serious together. "You need to see if your partner is someone you can count on in a car accident, or a hurricane, or how they react when your flight is cancelled, you spend too much and debt is disclosed," Masini says. "When you rush into a relationship you lose the opportunities that time affords you."

5. You aren't following a timeline.

If you're serious about a future together, then you and your partner should have a discussion about where you see yourselves in the next few years. According to Masini, following a timeline is a good idea to pace your relationship.

Of course, this isn't a timeline that you have to live or die by, but it's a good estimate of how fast healthy relationships should move. If you're exceeding that pace, you might be moving too fast.

The thing is, every relationship is different, but you certainly don't want to dive into something too hard, too fast, and get hurt in the end because of it. So, take some time to evaluate how fast your relationship is moving, and don't be afraid to speak up if you're worried things are developing too fast. Above all else, you need to do what's best for you, and if a relationship that's moving too fast isn't working, address it.

This article was originally published on Sep. 13, 2018