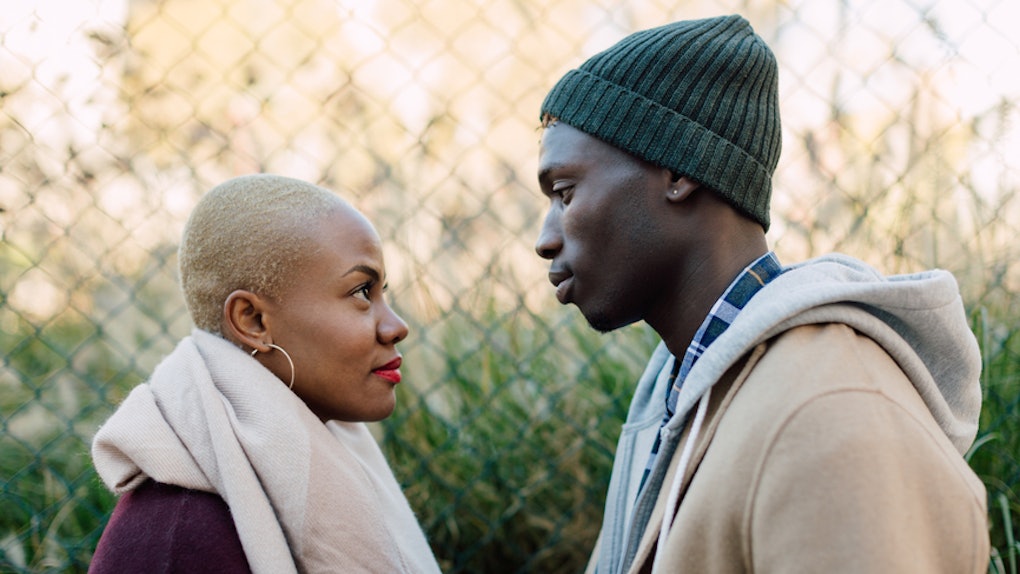 What Happens After The Honeymoon Phase Can Be Even More Satisfying, & Here’s Why

It's no secret that embarking on a relationship journey with someone new can stir up some very intense emotions. All things considered, it's easy to see why the honeymoon phase of a relationship gets most of the praise, while the calmer, less intense feelings that develop over time sometimes get a less exciting rep. What happens after the honeymoon phase might not be the same as the all-consuming, "can't eat, can't sleep" kind of love that everyone talks about, but if you're with the right person it can actually be even more satisfying.

The moment you realize you've fallen in love with someone, the high can be so thrilling that the thought of things simmering down might seem not only unlikely, but very much impossible. When you're not together you spend pretty much every second counting down the moments until your next date. You find yourself obsessively wondering what they think about this or that and fantasizing about what a future with them could be like. Fast forward several months, and while you may still love them, the world seems to have lost that special glow and electric glitter it had when everything was still new. This come-down can come as a bit of a shock to people who might even find themselves wondering if this lack of intensity means they've actually fallen out of love, which needless to say can be very confusing.

Settling into the more stabilized ebbs and flows of a committed relationship feels different, simply because it totally is. Here are three reasons the post-honeymoon phase is actually amazing.

1. You Have An Accurate Picture Of Who Your Partner Really Is

"During [the honeymoon phase], everyone is on their best behavior and a bit fraudulent," relationship expert Monica Parikh of School of Love NYC told Elite Daily. "For example, you may pretend to love his mother, although she keeps shooting you the evil eye," meanwhile, "he pretends to love yoga and kale-and-apple smoothies."

But once you're more settled, chances are you've both reached the point where you're being a bit more honest about your preferences. And while you may find out that you don't have as much in common as you first thought, you'll (hopefully) be able be able to say that you love them despite their flaws — the ones that become more obvious once the spell has started to wear off.

2. You Learn How To Fight The Right Way

Now that the rose colored glasses have come off, you'll probably find it way easier to tell them that you'd actually rather hang out at home instead of with their friends. And they, in turn, will probably be more comfortable letting you know that they're annoyed about you bailing on their friend's party last minute. The good news is that after the honeymoon phase, the pressure to avoid conflict finally subsides, meaning that you have both figured out how the other deals with disagreements.

"You can fight, make up, and move on," Rachel Goldsmith, MS, MA wrote for Symmetry Counseling. "After the honeymoon period in your relationship, you and your partner make space within your relationship to accommodate conflict in a way that draws you both closer together."

3. You Can Openly Make Plans For The Future

Even once you're officially a couple, it will probably take a while before you feel 100 percent comfortable planning a backpacking trip for the next year, or brainstorming about cities you'd both like to move to in the future. But once you're settled into the relationship and have a realistic view of your partner's commitment level, the sky is the limit when it comes to mapping out what your future together could look like.

"This brings a feeling of security and consistency that is a strong foundation for a good relationship," wrote Goldsmith. And let's face it: Nothing stays the same forever, and the same goes for relationships. No matter how you feel about each other now, it's pretty much guaranteed that those feelings are going to either change or grow. But this is something that should definitely be celebrated. Being able to feel completely relaxed and at ease with someone you care about, devoid of any of the pressures that existed early on, is special in its own way.