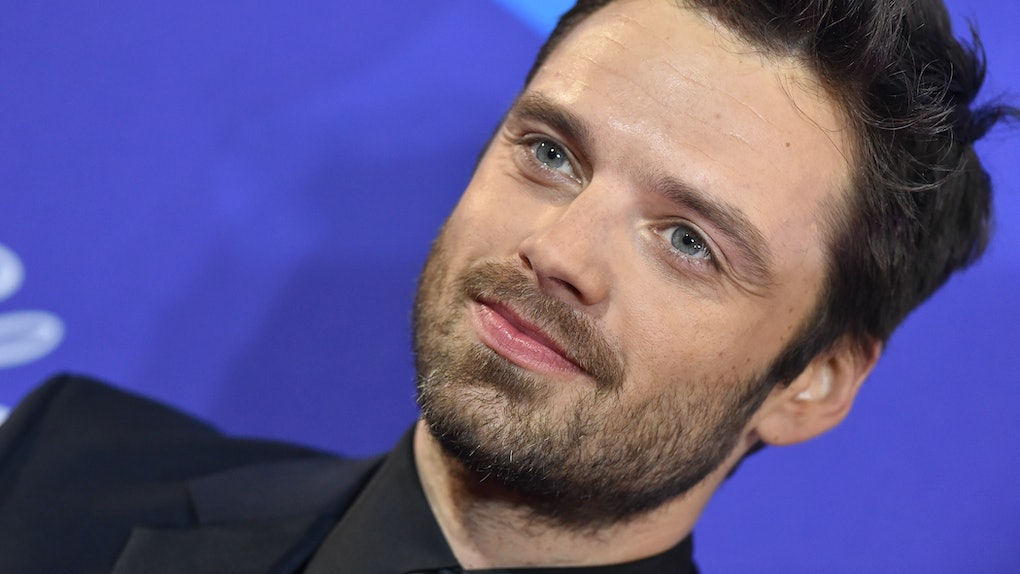 If you've been watching The Falcon and Winter Soldier and suddenly find yourself majorly smitten with Sebastian Stan, well then, same. The actor who's brought Bucky Barnes to screens large and small has an innate charisma that makes it impossible for him to not catch your eye. Considering Sebastian Stan’s zodiac sign, it makes perfect sense, as Leo just has that "it" factor that makes people swoon. While we don't know if Stan is currently coupled up — there have been reports that maybe sparks are flying with his Fresh co-star Daisy Edgar-Jones — we can get some insight into what kind of partner he may be based on his zodiac sign.

Stan was born Aug. 13, 1982, under the sign of Leo, and if you're familiar with this fire sign then you know they are as warmhearted and loving as they come. Leo's ruled by the Sun, and like that heavenly body they draw people two them with an almost gravitational force. They're charismatic, friendly, and bubbling with optimism, so they have no shortage of would-be suitors. But despite all the attention they get (and love), Leo is a very loyal partner who's happy to settle down with just one person, provided that they continue to get the kind of love and support they need to be happy. Here’s what else we can divine about Stan as a partner, based on his astrological sign.

Leo requires a lot of attention.

Leo is very affectionate and emotionally generous with their partners, and they expect the same in return — and then some. That's because they thrive on positive attention and affirmation. They love to have their ego stroked and to be appreciated for the star they know deep down they are. Just keep in mind that Leo won't settle for crumbs in a relationship; if they aren't getting what they need, they'll end the relationship and seek out a partner who will. They aren't cheaters, but they do know their worth and they won't settle.

Leo has a fragile ego.

Leo has no shortage of confidence and they have the ego to match. This is part of what makes them such a powerful personality type. They move through the world very sure of themselves and the feedback they get from others is overwhelmingly positive, so why shouldn't they? However, they have a bit of a secret, and it's that the big ego they present with is a lot more fragile than you might think. That's particularly true when it comes to the people who are closest to them. They value their opinion, and so harsh words from them sting and wound Leo's ego quite a bit. While Leo has the resilience to bounce back from the occasional criticism, it's important to be gentle with them because Leo's battered ego will eventually cause them to push you away.

When Leo loves, they love hard. They're all about protecting the people close to them and will have their back no matter what — at least in public. In private, they might have a more frank conversation. That's because loyalty's everything to Leo and they expect the same kind of fierce devotion from their partner as well. It doesn't mean you always have to agree with them, as Leo appreciates honest push back, just that you keep it between the two of you and remain a unified front. It's all about mutual respect for Leo.

Leo is a hopeless romantic.

Because Leo's such a strong force of nature, it can be easy to forget they have a softer side, the kitten to their king of the jungle. This gentler side is all heart; they're super romantic and love to be in love. They're also all about grand gestures and spoiling the person they love. Don't be surprised if Leo showers you with gifts or surprises you with a weekend getaway. When they love, they love all the way.

Honestly, Leo is kind of the whole package as a partner. They're loving, loyal, and sweet. Just make sure they always know how much you appreciate them and everything they do, and you'll have a Leo like Stan purring and happy.