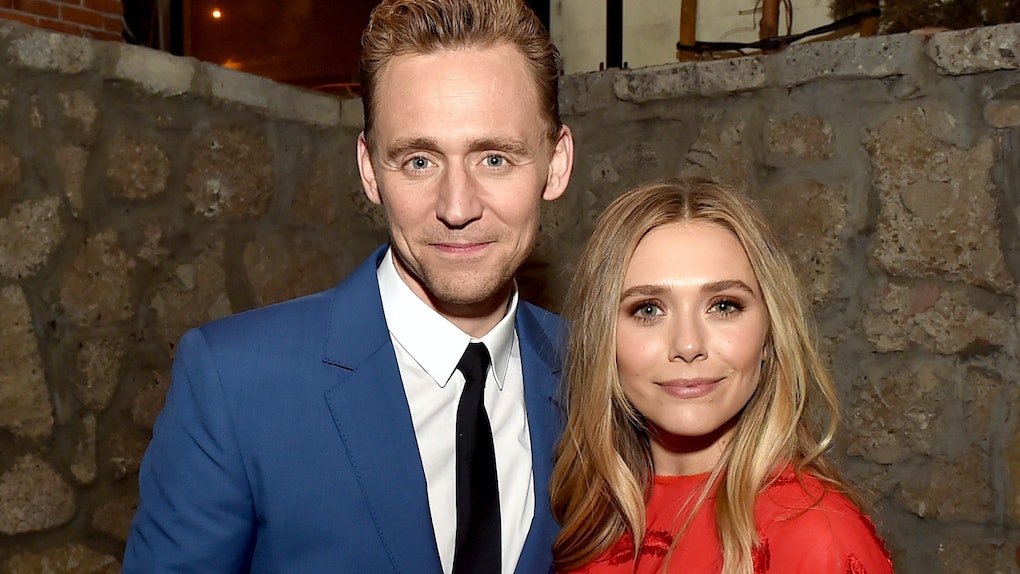 18 Marvel Cinematic Universe Actors Who Dated Each Other

Since 2007, Marvel Studios has released 23 films (with many more on the way), and as a result, the Marvel Cinematic Universe is pretty freakin' huge. Tons of famous faces have been featured in the films — both as heroes and baddies — and while the movies tend to focus on action more than romance, plenty of relationships have blossomed off-screen. There are more Marvel Cinematic Universe actors who dated each other IRL (or who at least sparked dating rumors) than you may realize, and while not all of those relationships have lasted, they were definitely all entertaining.

Sadly, not all those rumored MCU relationships turned out to be the real deal. As much as fans wished Black Panther's Lupita Nyong'o and Michael B. Jordan were an item, the actors have both claimed they're nothing more than friends. While plenty of people have shipped Spider-Man co-stars Zendaya and Tom Holland, those two have also insisted there's nothing romantic about their relationship. And despite their hot chemistry in The Night Manager, it doesn't seem like Elizabeth Debicki and Tom Hiddleston (who you may know as Ayesha, the Golden High Priestess of the Sovereign, and Loki, the God of Mischief) ever actually dated. Womp, womp.

However, here are the MCU stars who did make sparks off-screen.

After co-starring in 2015's I Saw The Light, Elizabeth Olsen (also known as Wanda Maximoff/Scarlet Witch) and Tom Hiddleston were rumored to be an item. Reports emerged about their rumored romance in May 2015, with a source for Us Weekly reportedly claiming they were "hooking up" and it was "casual." By July, Olsen and Hiddleston were reportedly a legit item. "They've been talking constantly. It's been good for the both of them. They really care for each other," an insider for Us Weekly reportedly claimed at the time. "Neither of them are looking to jump into a large commitment, but it's getting more serious."

According to Star magazine, the two reportedly went their separate ways towards the end of 2015. "Elizabeth's so focused on her career," a source for the magazine reportedly claimed, per Classicalite. "She wasn't sure she could handle a serious relationship right now." Though Olsen never confirmed their romance, she did call Hiddleston "an incredible person" during a March 2016 interview with Entertainment Tonight, so it seems like the two are on good terms.

Olsen isn't the only MCU star Hiddleston reportedly dated. The God of Mischief also sparked romance rumors with fellow Thor actor Kat Dennings, who plays Darcy Lewis. The two reportedly hit it off while filming the movie back in 2010 (despite not sharing any scenes), and they raised eyebrows when they were reportedly spotted looking cozy at Comic-Con in July that year, per Entertainment Tonight. However, little else is known about the actors' maybe-relationship, and rumors eventually fizzled out. Neither actor has ever commented on the rumored fling.

Long before they both became members of the MCU, Emily VanCamp and Chris Pratt (also known as Sharon Carter and Peter Quill/Star-Lord) were co-stars on the WB drama Everwood. Awkwardly enough, the actors played brother and sister on the series, but that didn't stop them from falling for each other. "Yeah, we've pretty much gotten used to the response of, 'Ew, that's weird. That's creepy,'" Pratt joked during an August 2006 interview with TV Guide. "The people who know us are happy and probably expected it to happen eventually."

Though Pratt even talked about the possibility of marriage during his TV Guide interview, the couple ended up going their separate ways after just about three years together. It's unclear whether the two are still on good terms, and sadly, fans have yet to see the exes share the big screen.

While it's still not clear whether these two ever dated, Pratt did spark dating rumors with his fellow Guardians of the Galaxy member Pom Klementieff (who plays Mantis) following his 2017 divorce from Anna Faris. In April 2018, Pratt shared a photo of himself and Klementieff in Brazil on Instagram, and though he claimed he "ran into" his co-star there, fans were suspicious. Neither Pratt nor Klementieff ever commented on the dating speculation, and not long after, Pratt got together with his now-wife, Katherine Schwarzenegger.

Lupita Nyong'o may not have romanced Michael B. Jordan, but she did reportedly date another MCU actor. In 2012, Nyong'o (who plays Black Panther's Nakia) sparked dating rumors with Doctor Strange star Chiwetel Ejiofor (who you may know as Baron Mordo), while they were filming 12 Years a Slave, but the romance reportedly fizzled out by the time production wrapped, according to Page Six. Neither actor ever commented on their rumored fling.

Though you won't ever actually see them on screen together (as Bradley Cooper only lends his voice to Guardians of the Galaxy's Rocket Raccoon), Cooper supposedly dated his fellow Guardian Zoe Saldana (who plays Gamora). Cooper and Saldana reportedly fell for each other while filming 2012's The Words and reportedly went on to date for just about a year. By December 2012, news of the duo's reported split emerged. "They both have a lot going on right now," a source for E! News reportedly claimed at the time.

It's unclear whether the rumored exes are on good terms, as neither has spoken about their maybe-relationship. However, during a July 2014 interview with Marie Claire, Saldana made it very clear she doesn't stay friends with exes. "I have been in relationships where a man has disrespected me, and I don't need to be friends with that man anymore," she said, later adding, "There's a reason why you're called an ex. I crossed you off my list. Moving on."

Like Cooper, you won't ever actually see Jennifer Connelly in the MCU movies, but she's a member of the MCU nevertheless. Connelly voices Peter Parker's high-tech Spider-Man suit, while her husband, Paul Bettany, once provided the voice for J.A.R.V.I.S. before becoming Vision. Connelly and Bettany first met back on the set of 2001's A Beautiful Mind, and wildly enough, the couple got engaged before they even started officially dating.

As Bettany explained to Larry King during a November 2015 appearance on Larry King Now, he was inspired to pop the question following the tragic events of 9/11. His immediate reaction after the attacks was to reach out to Connelly, which is when he realized he was in love with her. When he did finally get her on the phone, he told her "I'm coming over, let's get married." And the two have been together ever since.

Robert Downey Jr. and Marisa Tomei (also known as Tony Stark/Iron Man and May Parker) only share a connection through Peter Parker on screen, but IRL, the two actually go way back. The pair dated back in the mid-'90s after appearing side-by-side in Chaplin and Only You, and though their relationship didn't last, their friendship definitely has. Downey Jr. even helped Tomei land her role the MCU. As she explained to The Guardian during a June 2017 interview, "He recommended me for the role and we had a flirtatious little scene together in Captain America: Civil War. Having a familiar face around certainly made me more comfortable."

Before meeting their current partners, Scarlett Johansson and Ryan Reynolds (who play Natasha Romanoff/Black Widow and soon-to-be-MCU-member Wade Wilson/Deadpool) were once married to each other. The very private couple reportedly began dating in 2007 and tied the knot a year later, but by December 2010, they decided to divorce. Though neither has spoken much about their relationship, Johansson did open up about her short-lived marriage (without naming Reynolds) during a November 2019 interview with Vanity Fair. "I didn't really have an understanding of marriage," she said, adding, "Maybe I kind of romanticized it, I think, in a way."

It's been a while since Natalie Portman (who plays Thor's love interest Jane Foster) and Jake Gyllenhaal (who plays Spider-Man villain Quentin Beck/Mysterio) have been an item, but the two MCU actors did indeed date back in the day. The Brothers co-stars were first linked in 2002 and again in 2006, though it's unclear when or how long they actually dated. Later, in 2011, Gyllenhaal joked about his ex while presenting her with the Desert Palm Achievement Award for her role in Black Swan, so it seems like whatever happened between them, these two are cool.