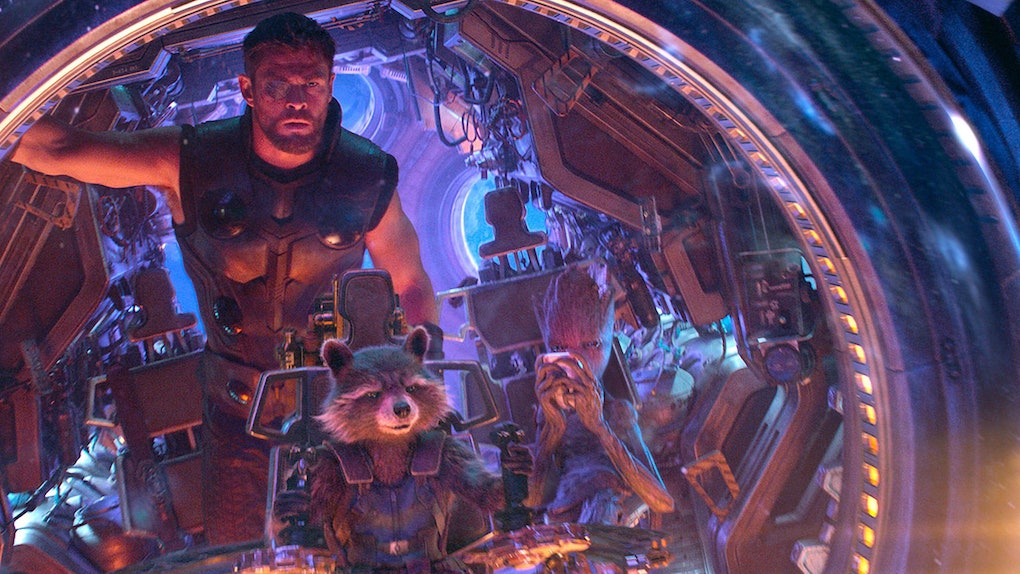 Will Thor Be In 'Guardians Of The Galaxy 3'? 'Avengers: Endgame' Set Up A New Adventure

Fans walking into Avengers: Endgame had a lot of hope in their hearts. Will the dusted be undusted? Will the Avengers take down Thanos once and for all? Can the film find a way to undo the non-dust deaths of Vision, Gamora, Loki, and Heimdall? Will both Captain America and Iron Man survive, or will there have to be a sacrifice made to fix the seemingly unfixable. Having watched the film, now there's a new question: Will Thor be in Guardians Of The Galaxy 3? Warning: Spoilers for Avengers: Endgame follow.

Maybe my love of Game of Thrones is to blame, but I didn't want everyone to be able to come back. The dusted, sure, undo the Snappening and restore half the human population to the galaxy, that is fair and right and just. But the other deaths on screen? For me, those needed to stay dead. There needed to be consequences, the Avengers needed to suffer some losses, to savor the triumphs.

I was, therefore, very pleased when undoing snap did not undo the murders done by Thanos. Vision is still gone, Loki is still toast. Moreover, Endgame made it extra clear those sacrificed for the Soul Stone cannot come back. It's part of the deal. Black Widow could not come back, and neither could Gamora.

Now, 2014 Gamora did time travel to the present and there was no evidence of her returning to her own time. But this is not the Gamora who is part of the Guardian's team. She doesn't even know who Quill is. That leaves an opening on the roster, and from the way the movie ends, it looks like Thor will be taking it.

In the film, Thor undergoes a significant transformation. Grieving his failure to kill Thanos before the snap by not going for the head, he holes up with Korg drinking beer, playing video games, not exercising, and winding up as "Chonk Thor," who apparently takes fashion tips from The Dude in The Big Lebowski. It's not without precedent, there have been entire comic runs where Thor lets himself go to seed and buries himself at the bottom of a beer stein.

It also allows actor Chris Hemsworth, who Marvel has realized has a real gift for comedy, to reimagine Thor's character going forward. When Thor first turned up on the Guardian's ship, Star-Lord was thoroughly threatened by his good looks and almost parody vision of masculinity.

Now The Dude Thor is no longer a threat, and not even looking to be in charge. He's happy drinking and chilling and every so often grabbing his ax and chopping a head off if required. Having left Valkyrie as Queen of new Asgard, he's got nothing but time, and space and an urge to travel. Heading out with the Guardians almost seems like a no-brainer.

Putting Hemsworth in the ensemble for Guardians of the Galaxy Vol. 3 is a brilliant way to give fans more comedic Thor without having to renegotiate his now-expired contract to make more standalone Thor films. As for Gamora, time will tell how that turns out.

More like this
This Video Of Disneyland's Marvel's Avengers Campus Is Super
By Cianna Garrison
'Downton Abbey 2': Release Date, Cast, Trailer, Photos, & More
By Ani Bundel
Here's How To Stream 'Nomadland' So You Can Finally Get The Hype
By Rachel Varina
Stay up to date