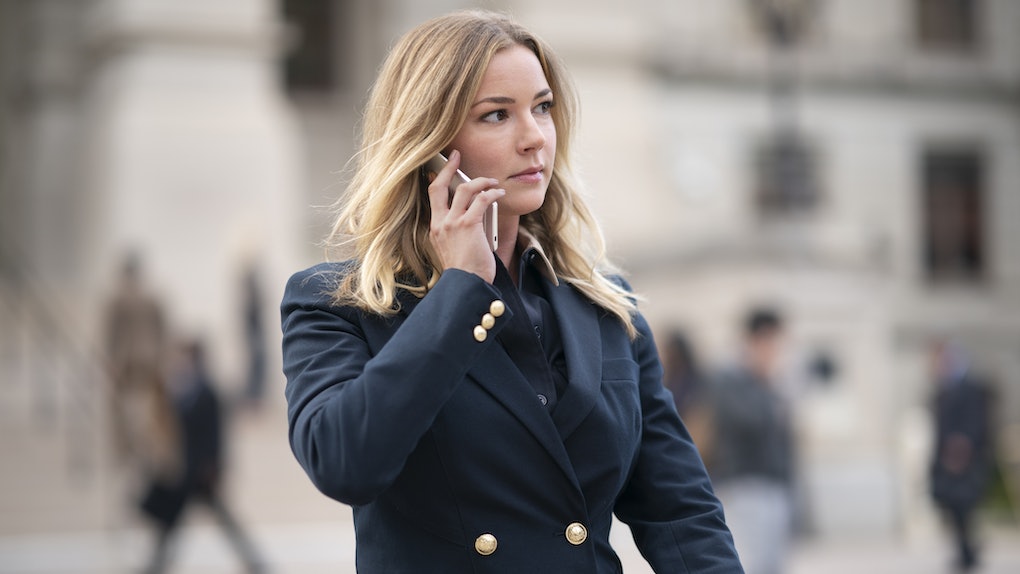 Will Sharon Carter Be The Villain In 'Captain America 4'? This Theory Makes Sense

The Falcon and the Winter Soldier began as the story of Sam Wilson and Bucky Barnes finding peace and their new place in the world after Steve Rogers' death. But it was also the story of other people in the Captain America comics orbit, including John Walker and Sharon Carter. Sharon's turn to the dark side as Madripoor's Power Broker was a real shock for some fans. And with a new movie announced, they're naturally asking, will Sharon Carter be the villain in Captain America 4? Marvel's not revealing anything at this point, but it may depend on whether or not you think she's a villain already.

Sharon's antagonistic turn has been a controversial one in the Marvel fandom. Part of the problem stemmed from the films that preceded it, in which she was sort of an awkwardly shoehorned-in love interest for Steve. The movies dropped that quickly (likely because it didn't work), but that also meant her character disappeared and was basically left in limbo post-Captain America: Civil War.

Sharon's Falcon and the Winter Soldier story was a smart contrast to Sam and Bucky's; she was someone more embittered by her interactions with Rogers than either of the other two. The mid-credits sequence in Falcon's finale showed Sharon getting pardoned and then immediately prepping to start selling every state secret she can get her hands on. It felt like a perfect setup for the next Captain America film. And yet, it doesn't necessarily make her the primary antagonist for the upcoming movie.

Marvel co-executive producer Zoie Nagelhout recently spoke to Entertainment Weekly about Sharon Carter's dark turn. Though most details regarding Captain America 4 are under wraps, she admitted the team is hoping to extend Power Broker's role to the big-screen films. "I think she's such an interesting character," Nagelhout said. "It felt like, in a story where we're dissecting the shield and that legacy, to have a character come in with a point of view that has changed… that has created a very interesting duality in her."

Moreover, despite Sharon's actions in the finale, including killing Karli, Nagelhout doesn't see this as a character who is wholly evil. "I don't think she's all bad, I don't think she's all good. I think she lives in a middle ground that is really compelling." As Nagelhout sees it, "To get to explore that character further and what shades of gray she might drift between could be really interesting."

There is no date set yet for Captain American 4, but with the Marvel Cinematic Universe's film release schedule set almost to the end of 2022, it probably won't arrive until sometime in 2023.

More like this
'The Marvels': Release Date, Cast, Trailer, Plot, & More Info
By Ani Bundel
Why Wasn't Dr. Strange In 'WandaVision'? Benedict Cumberbatch Was Written Out
By Ani Bundel
When Does 'Loki' Premiere On Disney+? Wednesdays Are The New Fridays
By Ani Bundel
Stay up to date