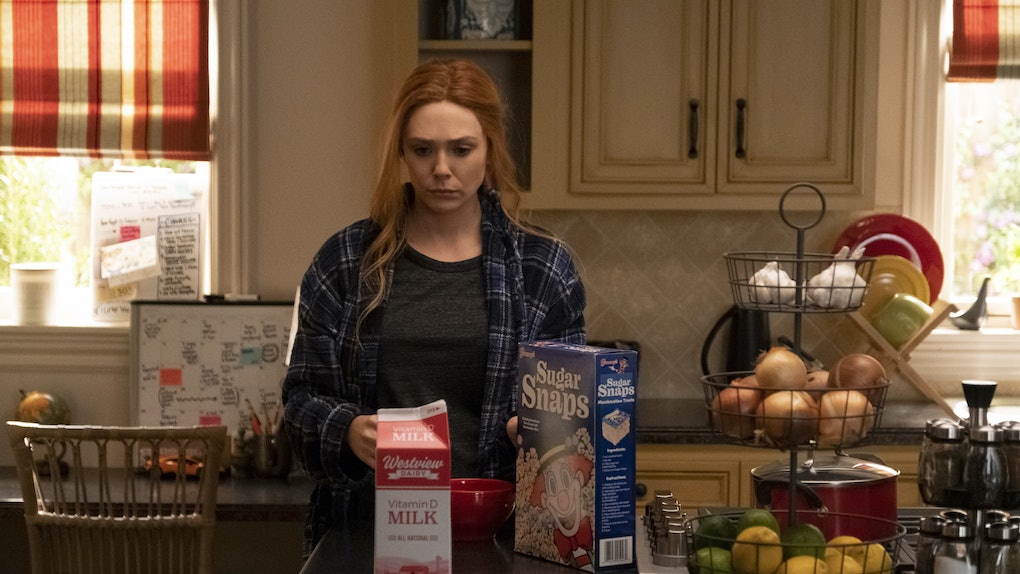 Will There Be A 'WandaVision' Season 2 On Disney+? Here’s What We Know

WandaVision is Marvel's first Disney+ series, and as such, there was always a lot riding on it. Even if Lucasfilm hadn't hit a home run with The Mandalorian, the pressure was on. Marvel Studios (the big screen division) hadn't produced a flop yet. However, no one expected WandaVision to be quite this big. This all begs the question: Will there be a WandaVision Season 2 on Disney+?

Marvel Studios president Kevin Feige directly addressed questions about a second season at the Television Critics Association panel on Feb. 24 as part of the Disney+ presentation. Before the show premiered, Disney+ billed these Marvel shows as limited series, which indicated they would be one-and-done. However, Feige said he'd learned a long time ago not to give definitive answers as to whether there would more WandaVision, and that the possibility of a Season 2 "will be dictated by the story."

But the plan for WandaVision was never that it would be a standalone Disney+ show. From the time it was unveiled at 2019's San Diego Comic-Con, it was always billed as a lead-in to Dr. Strange & the Multiverse of Madness, with Elizabeth Olsen crossing over as Wanda from the show to the film. The story was, therefore, not built to continue on the small screen.

But fans should not assume that just because WandaVision wasn't necessarily planned to have a second season doesn't mean it might not happen in the future. Feige name-checked Ms. Marvel as an example of a Disney+ show currently planned to migrate to the big screen in Captain Marvel 2 and then potentially back again to Disney+. The events of the movie would drive the potential second season.

Feige also said the Marvel Cinematic Universe is always evolving its plans. WandaVision is the first time the studio has been able to get "real-time feedback" about a project in progress. (He called the experience of the Friday episode arrivals "like an opening weekend every week.") The pandemic delays mean Dr. Strange 2 is filming right now, as audiences respond to WandaVision. Although Feige did not say how that might affect storylines, perhaps Marvel could make last-minute decisions that seed in a WandaVision Season 2.

Or maybe there won't be a direct continuation of WandaVision. There are so many spinoffs this show could generate. There's Darcy and Jimmy Woo solving Marvel's X-Files. Monica Rambeau's new powers are worthy of their own story. (Please note the grammatically correct term is "Captains Marvel.") Or fans could get a six-episode series called Agatha All Along. There's already a catchy theme song.

So, there may be a WandaVision Season 2 at some point. Or there may not. But that just means the possibilities are endless.