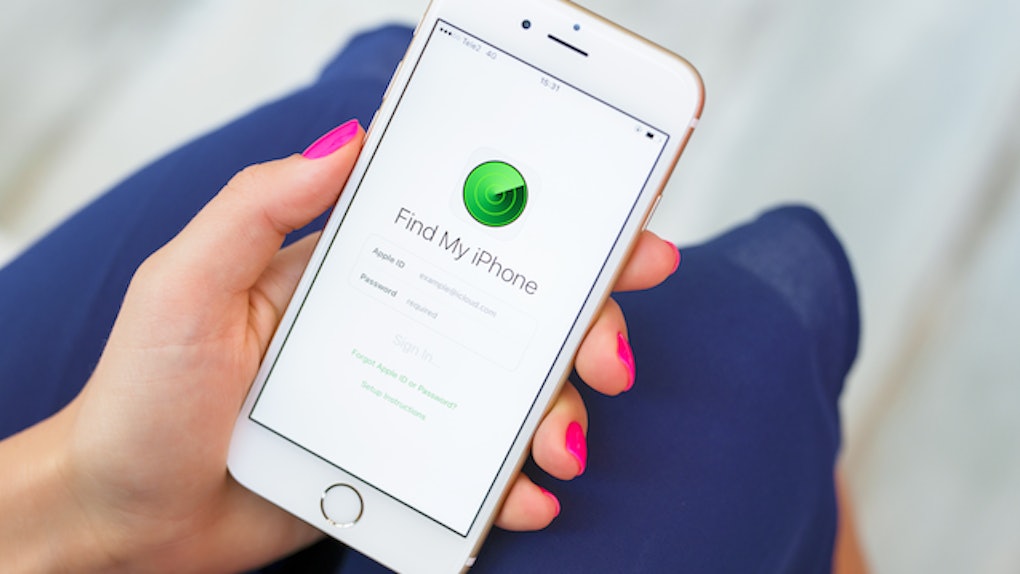 Imagine generously lending your iPhone to your significant other after theirs breaks. Now, imagine finding out they've been cheating on you for quite some time after using the "Find My iPhone" app connected to your old phone.

According to DailyMail.com, Bilal had suspected her 35-year-old husband of cheating on her, but she wasn't able to narrow it down until his phone broke and she let him borrow her old iPhone.

Unfortunately for him, her phone was still connected to her handy dandy "Find My iPhone" app. The Moseley-based woman spoke to DailyMail.com, saying,

I had to prove to myself, to my family and to his family what he was doing. I also had to have it confirmed for myself, for my own sanity.

So, how exactly did she go about proving her husband was a lying, cheating scumbag? She used her own intuition, a private investigator and a sweet, little thing called technology.

The woman says her husband became noticeably restless and easily bored at home after Bilal gave birth to their second child, according to the report.

The former couple met five years ago at a Muslim speed dating event and married in 2013, before having son Hashim, now 3.

Since 2013, the biggest red flag in her eye was when he refused to spend Christmas with her and their family.

At that point, she just knew something was up. That's when she used "Find My iPhone" to track his whereabouts after he began telling her he was going to the gym strangely often.

When she noticed he had been frequently venturing to an unknown location about 19 miles away from their home, she hired a private investigator to dig deeper.

As always, where there is smoke, there is fire.

Thanks to "Find My iPhone" and a significant amount of research, she eventually had enough evidence to confront her cheating husband... So, on January 7, she did!

I ran towards the car. I started banging on his window. His car door was locked. I saw who she was. He sped off. That was the last I saw of him. I found out who she was and looked in his emails and found out they were together on Christmas Day. I changed the locks on the house. I went to see him at his work and he said, 'If you come near me I'll call the police.' He still hasn't contacted me to offer an explanation. He contacted my family, but my parents didn't want to speak to him.

As of now, Khadijah Bilal is currently planning their divorce. With that being said, don't ever underestimate the power of an Apple product.