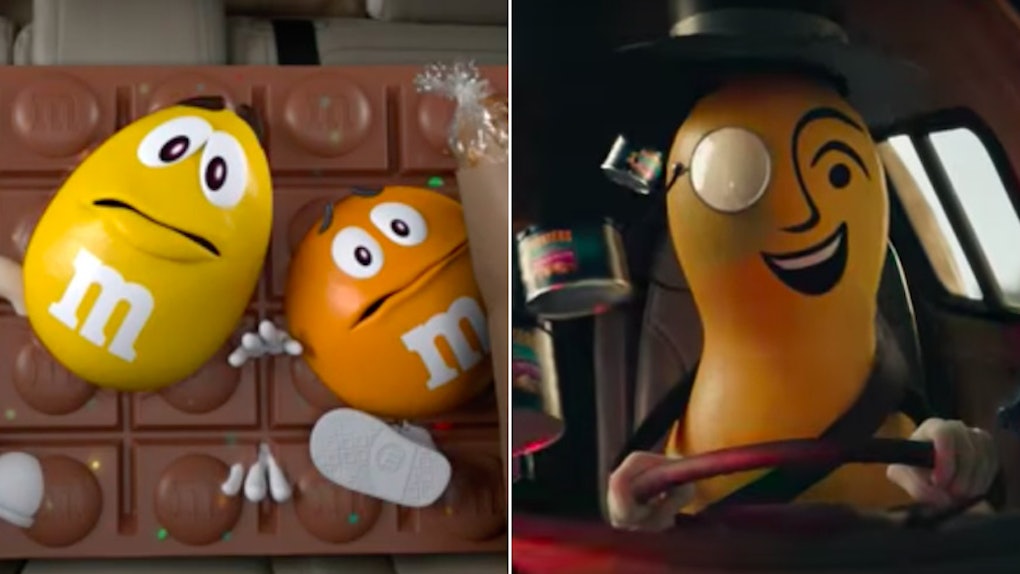 I have to admit: I don't know a lot about sports. Sure, I played on a few teams in high school — but professional games aren't exactly my cup of tea. Therefore, my favorite part about the Super Bowl — next to all of the appetizers, of course — has always been the commercials. Thankfully, this year's Super Bowl isn't disappointing in the realm of hilarious ads. Those of you watching the game have probably seen all of the funniest Super Bowl 2019 commercials live — but if you haven't been intently watching, you might be curious about what you've missed. If that's the case, I have your back.

Before I get into this year's commercial spots, let's talk about last year's Super Bowl for a moment. If you watched the game in 2018, you probably noticed that there were a ton of hilarious commercials that aired. Between Amazon Alexa losing her voice, Danny DeVito as an M&M, Bud Light's Bud Knight, and so many more, it was pretty tough lineup to follow. However, the commercials during this year's game will make you laugh just as hard as before (or even harder, TBH). Sit back, grab a few nachos, and enjoy the ads.

Oh, try to pay attention to the game, too.

Watch Christina Applegate slam the breaks of her car to reveal M&M's latest Milk Chocolate Bar in the back seat. The ad is hilarious, if you ask me.

For a second, Pringles' Super Bowl ad brought a tear to my eye. In the clip, the voice-activated device sadly admits that she'll never be able to taste Pringles chips (sigh). However, she's quickly interrupted by a teenager in the commercial who asks her to play "Funky Town." You have to admit, it's pretty funny.

What's funnier than an animated peanut driving ferociously down the street in a giant peanut mobile? The answer is nothing. This commercial made me chuckle.

Professional music video or Super Bowl commercial? I'll leave that up to you to decide. In the clip, Adam Scott tries convincing 2 Chainz how important it is to save receipts, which results in a music video dripping with glam.

Not only is the Pepsi Super Bowl commercial for 2019 completely star-studded, but it's also downright funny AF. In the clip, Steve Carell goes on a rant about how very "okuuur" Pepsi is before being interrupted by Lil Jon and Cardi B.

Not only is the Mercedes-Benz ad imaginative, but it's also pretty hilarious (thanks to Ludacris' on-stage cameo). I was not expecting that, but I'm so happy about it.

Doritos' Super Bowl commercial features the Backstreet Boys and Chance The Rapper, which already gives it an A+ in my book.

Budweiser's commercial features an adorable pup whose floppy ears are blowing in the wind. He's riding through the prairie at top of Budweiser's iconic horse-drawn carriage — and Bob Dylan's song, "Blowin' in the Wind," is playing in the background. Sure, this isn't "slap-your-knee" funny — but it's really cute.

Amazon's commercial (which, yes, features Abbi and Ilana from Broad City) takes you on a journey through Amazon Alexa's past flaws, and it's definitely one for the books.

Pizza Hut advertised its new $5 Lineup by incorporating Abraham Lincoln into its Super Bowl commercial. Why? Because you can score the deal for a "Lincoln."

Walmart's Super Bowl commercial hilariously incorporates vehicles from tons of movies and TV shows to feature its Grocery Pickup Program. I bet you'll giggle when a ghost from Ghostbusters makes an appearance.

As you can see, this year's Super Bowl definitely isn't disappointing in the realm of commercials. With that being said, continue snacking and enjoy 'em as they come.