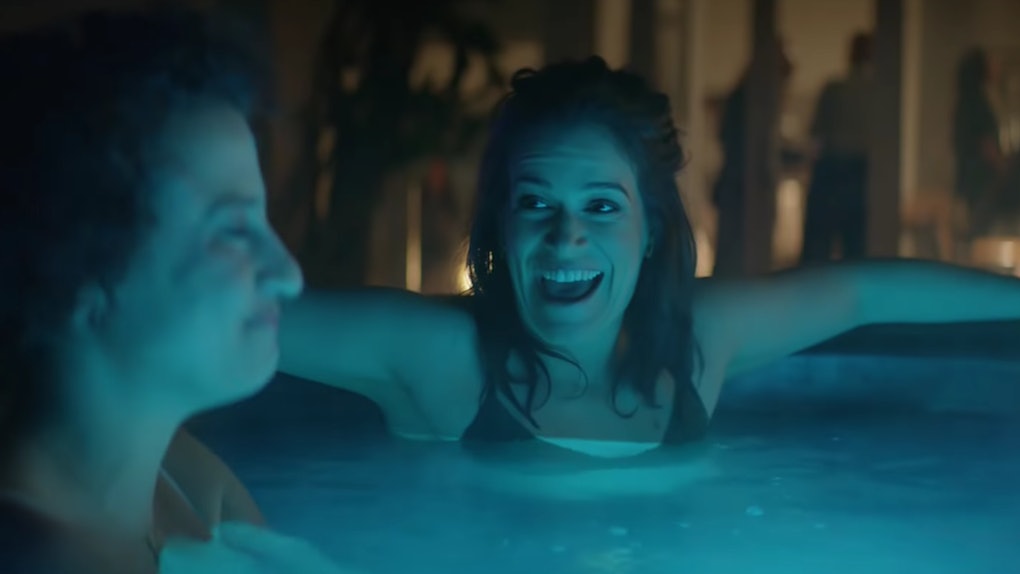 Amazon seems to be putting its smart technology Alexa into all kinds of products lately, but even the tech giant knows Alexa doesn't belong everywhere, and it's letting us know in its new Super Bowl ad. Amazon's 2019 Super Bowl commercial features a bunch of celebrities interacting with Amazon's voice app with gadgets that, at least according to the Amazon rep in the commercial, didn't make the cut when they were tested out. While folks like Harrison Ford and Forest Whitaker struggle to go about their daily routine, Alexa proves to be a total party buzz killer at a party for Broad City's Abbi Jacobson and Ilana Glazer.

Alexa is a virtual assistant that can control your tech and make your life easier, doing everything from updating you on the current weather to heating up a burrito like it can in the new Alexa-powered microwave. You'd think that giving Alexa the controls to a hot tub would be a definite win. She'd be able to get the temperature exactly right and change the pressure of the jets with a simple voice command. At least, that's what Abbi and Ilana seem to think in the commercial. But all does not go according to plan, and Alexa wreaks havoc on gals and on the hot tub after getting a simple request to play some music. You can see Abbi and Ilana in their major hot tub fail in the full commercial below:

In the Super Bowl spot, Abbi and Ilana are chilling in a hot tub (that happens to look a lot like a giant version of an Amazon Echo) when Ilana asks Alexa to play some music for them. She does, but instead of pumping the Lil Wayne jam Ilana was probably hoping for, Alexa blasts some grand orchestral music and pairs it with a Las Vegas-style water show. At first, the cascading fountains of water look pretty cool, but that's only until Abbi and Ilana are both catapulted from the tub. It all makes it pretty clear that Alexa isn't made to control hot tubs.

The other celebs in the commercial don't fare very well with their Alexa products either. Whitaker attempts to listen to a podcast through his Alexa-enabled electric toothbrush, but the whole thing is muffled when he puts the toothbrush in his mouth. Ford's dog gets an Alexa dog collar made for dogs, so any time he barks, he orders himself food. As funny as it is to see Han Solo himself get exasperated by a pretty adorable French bulldog, it really hammers in the point that not every Alexa product can or should make the cut. In perhaps the biggest Alexa fail of all, twin brothers and astronauts Mark and Scott Kelly try out Alexa from a spacecraft in outer space and accidentally end up powering down the entire world. Hopefully, Amazon never advances enough to actually be able to manage all of Earth's power. But, at least if it does, the fails in this commercial show that Amazon is self-aware to know that advancing enough to put Alexa everywhere is not the best idea.

You can watch this Amazon commercial, along with this year's other Super Bowl commercials, when Super Bowl LIII airs at 6:30 p.m. ET this Sunday, Feb. 3, on CBS.

More like this
Here's Why EXO's BAEKHYUN, CHANGMO, & Raiden's "Runner" Is The Perfect T1 Theme Song – EXCLUSIVE
By Michele Mendez
The 'Space Jam: A New Legacy' Trailer Will Bring Back All Your Childhood Memories
By Cianna Garrison
Starbucks' Earth Month Game Prizes Include Free Drinks For A Year & An Electric Bike
By Daffany Chan
Stay up to date