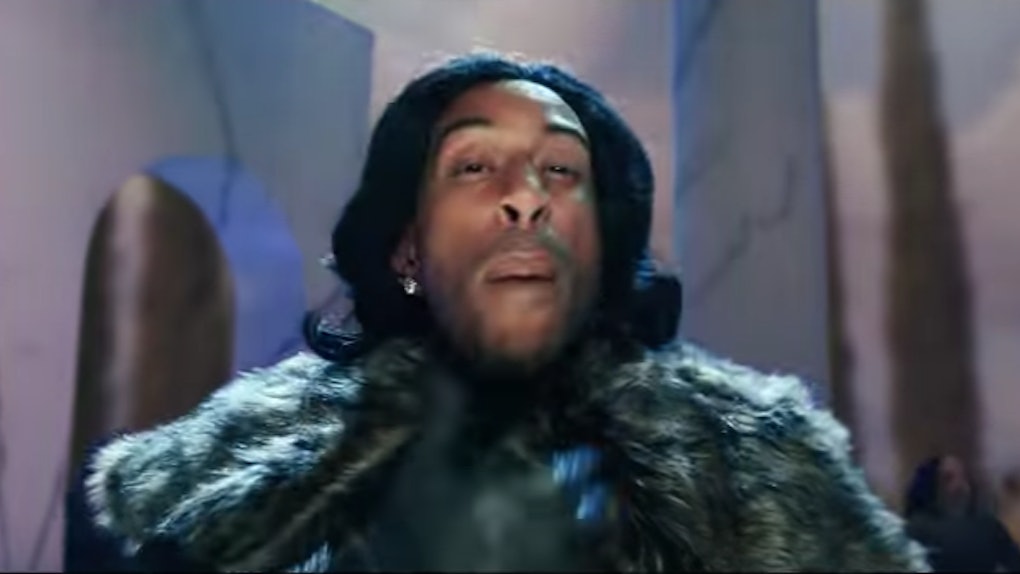 It's time to gear up the chips and guac, and put your game faces on — because Super Bowl Sunday is right around the corner. The New England Patriots will face off against the Los Angeles Rams at Mercedes-Benz Stadium on Sunday, Feb. 3. Even if you're not a hardcore football fan, let's be honest: The Super Bowl is a sporting event you don't want to miss. From the awesome commercials, to the halftime show featuring Maroon 5, Travis Scott, and Big Boi, there will be many star-studded moments that are worthy of a trophy this year. Ludacris' cameo in Mercedes-Benz's 2019 Super Bowl commercial, in particular, is already winning the game.

If you're obsessed with all things Mercedes-Benz like I am (I low-key dream about owning a matte black G-Wagen one day — but alas, one can dream.), their Super Bowl ad is likely one you've been highly anticipating. Ad Age dropped an inside look at the Mercedes-Benz 2019 Super Bowl commercial today, and Mercedes-Benz uploaded the ad to YouTube.

Get your popcorn ready, because Mercedes-Benz's 2019 Super Bowl commercial has officially dropped — and it's officially awesome.

*Spoilers ahead.* The 60-second ad, which is called, "Say the Word," features a man who basically has a superpower of being able to "say the word" and it instantly comes true. The commercial starts off with the man sitting in a restaurant watching Rickie Fowler go in for the putt, and says, "Make the putt." He does.

The man then walks down the street, reaches the busy crosswalk, says, "Change color," and of course, the walk signal goes on. (Um, can you help a New York City girl out and pass along this superpower, please?)

I don't want to give away all the scoop — you'll just have to watch the ad in its entirety for yourself — but it continues to show a pattern of the man saying something he wants to happen, and then it happens. The highlight of the commercial, though, is Ludacris' epic cameo. The man is at the opera and says, "Change the music."

The commercial wraps up with the narrator saying, "If only everything in life listened to you, like your new A-Class," as the man walks over to his shiny red A-Class. After he gets in and says, "Hey Mercedes, change color. Make it cooler," the lights change from red to blue. He wraps up on the best note by telling his A-Class to, "Play my music." Ludacris' "Stand Up" comes on again as he cruises down the street.

In a perfect world, you'd be able to tell the early morning traffic to start moving, and it would listen to you. You'd also be able to snap your fingers after breaking a heel on your way to work (while running late, might I add), and you'd be wearing a brand new set of suede pumps. Of course, both of those scenarios are far from reality, but with the A-Class, you're the one who's in charge — and that's what the commercial is all about.

More like this
Here's Why EXO's BAEKHYUN, CHANGMO, & Raiden's "Runner" Is The Perfect T1 Theme Song – EXCLUSIVE
By Michele Mendez
Lamar Odom's Quotes About The Kardashian Family Curse Do Not Hold Back
By Brandy Robidoux
Prince Philip, The Duke of Edinburgh, Has Died At The Age Of 99
By Noelle Devoe
Stay up to date