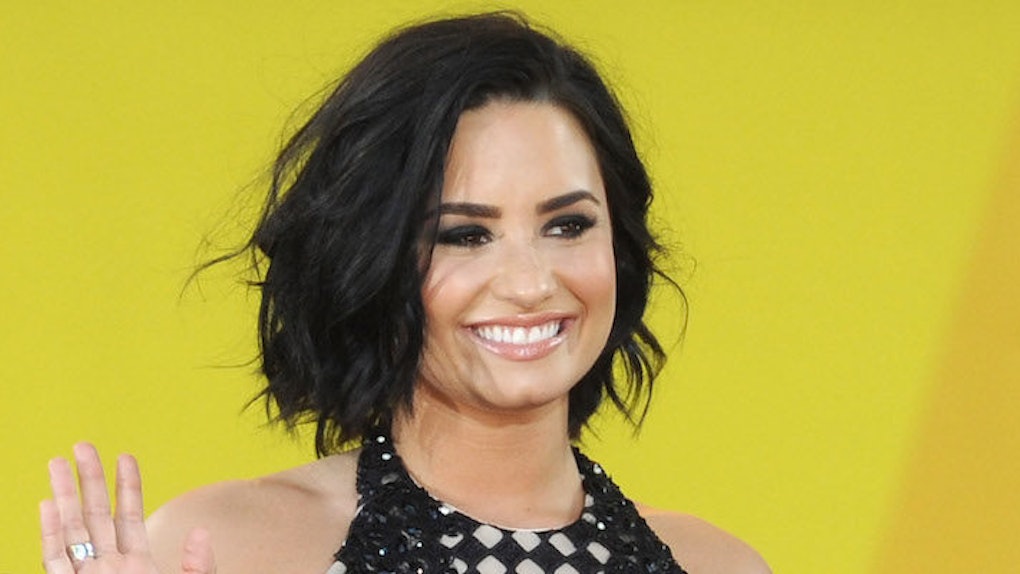 Yep, young Mitchie Torres, who dreamed of being a singer someday, is now in her mid-20s, and I'd say did pretty well in achieving her dreams.

Demi Lovato has proven herself to be good at many things since her Disney Channel days.

She absolutely slayed her Grammy's performance this year, she has an amazing — almost too amazing — relationship with her ex and she's inspiring us all to get tiny tattoos.

It's honestly the best. Like, it's probably not the best for her publicist, but for the rest of us, it's definitely the best.

So, in honor of her birthday, I've compiled some of my favorite times, in no particular order, of when Demi was just straight outta fucks to give.

1. That time she totally called out Taylor Swift for being a bad feminist.

Gotta start big, right? The story behind this one is a whole big thing, but basically Demi criticized Taylor for not speaking up about Kesha's rape case in this epic subtweet.

2. And then called Taylor out AGAIN, in a less-subtle subtweet.

After Taylor donated money to Kesha's family, Demi STILL wasn't impressed and did not hesitate to share her feelings with Twitter. Classic Demi.

3. When she threw shade at both the Met Gala and Nicki Minaj.

Demi did not enjoy the Met Gala one bit, apparently, and happily said as much in this repost of Nicki Minaj's Instagram. She also posted a Snapchat pointing out Nicki didn't tag her in the original pic... drama!

4. And then virtually flipped off the people who were talking about the Nicki drama.

Demi then went on a Twitter rant about the whole tagging shade. She really does know herself.

5. When she defended Ariana Grande from a meme by insulting Mariah Carey.

Demi stumbled across a meme that suggested her friend Ariana was a pale comparison to Mariah Carey and instead of ignoring it, she stayed true to herself and commented, "You got it the wrong way around, honey."

6. When she yelled at Perez Hilton for liking a tweet.

Shortly after the whole Mariah Carey thing, Demi slid into celeb blogger Perez Hilton's DMs to inform him she was unfollowing him for "liking tweets about the Mariah feud."

7. When she then quit Twitter over the Mariah Carey thing...

Demi was done with people talking about her feud with Mariah. DONE, YA HEAR?

9. When she straight-up said she didn't like Olivia Culpo.

Honestly, I didn't like her anyway. It's not because she's mean or anything, but he has such a great sense of humor and I want him to be with someone that makes him laugh.

10. When she basically declared herself Team Calvin in the Taylor Swift/Calvin Harris breakup.

I see you, Demi, following Calvin on Twitter right after he rants about Taylor Swift.

11. When she was seriously not amused by that Poot Lovato meme.

Happy birthday, Demi! Here's to many more years of not giving a single solitary fuck.