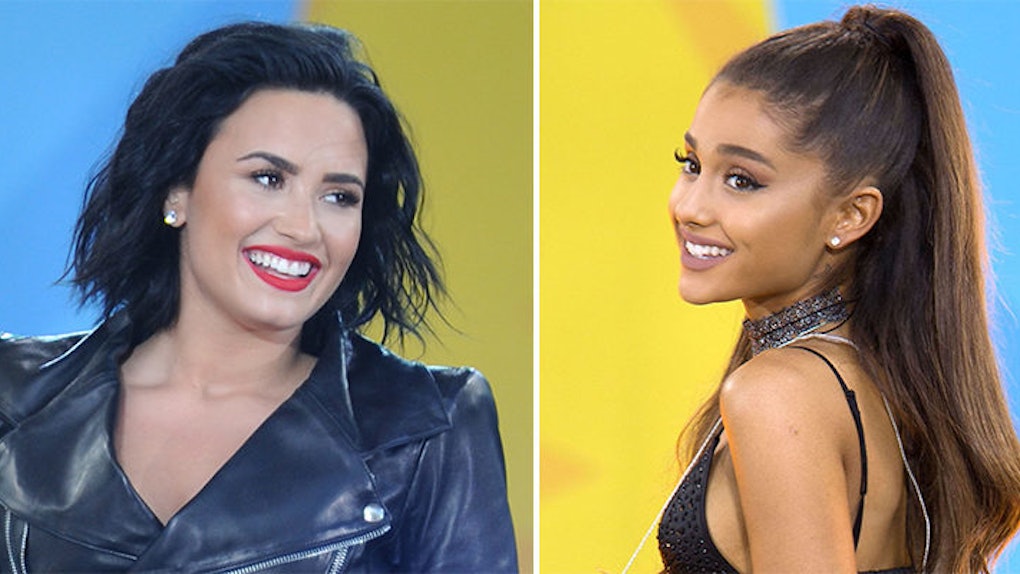 Though no one really asked, Demi Lovato has very generously offered the world her opinion on Mariah Carey, and it's less than favorable.

To be fair, it started with Demi trying to defend Ariana Grande from the mean memers of the internet.

Somebody made a meme of a picture of Ariana next to an old picture of Mariah, with text that read,

When you order it online vs. when it arrives

Demi apparently interpreted this meme as implying Ariana Grande is the disappointing imitation of Mariah Carey, and then immediately jumped to Ari's defense.

Demi commented on the meme,

You got it the wrong way around honey

In fact, as the poster of the meme later clarified, the meme was not meant to diss Ariana, which makes sense because personally I'm always thrilled when my food arrives.

Mariah fans then jumped to her defense, and in a comment, Demi reportedly elaborated on why she finds Ariana superior to the '90s legend.

According to Us Weekly, Demi wrote,

Mariah is a legend and is so talented but constantly disses people. It's nasty the way she treats Jennifer [Lopez]. Ari did nothing wrong.

Yeahhhh. Can someone please tell this woman it's possible to defend your friends without tearing other people down while you do it?

Mariah and JLo have famously not gotten along, including a notorious moment in an interview when Mariah answered a question about JLo with "I don't know her."

Still, not sure what that all has to do with Demi. Next time just give the ol' passive aggressive non-like and move on, girl!