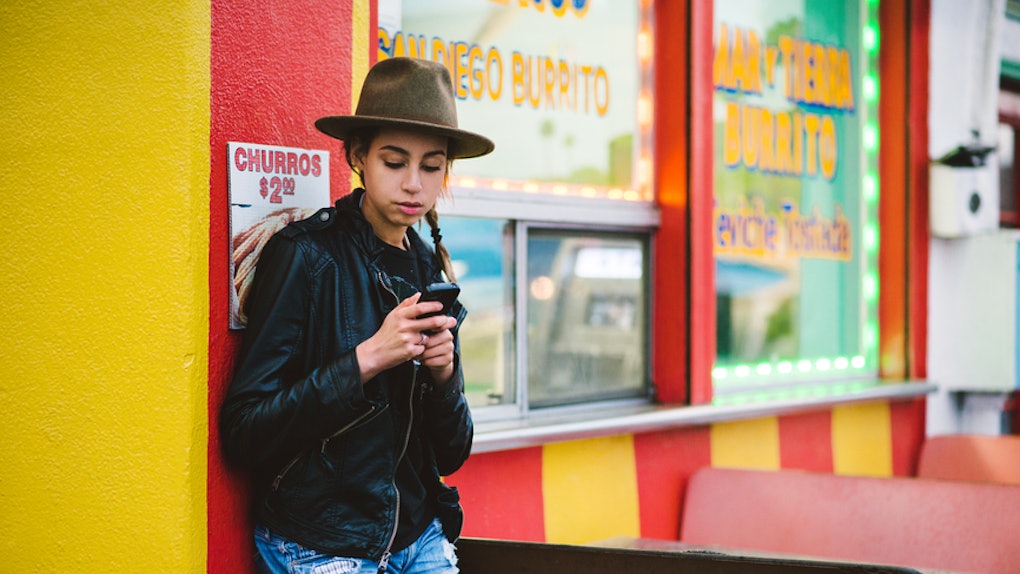 Over the years, I've had several exes suddenly reemerge from the digital woodwork. Some sent text messages, and some reached out over social media in hopes of being friends. Some of them were welcome returns, while others... let's just say not so much. What makes the difference? Well, a part of it was the approach, so when deciding on what texts to send to your ex after no contact, you give it some careful consideration.

Before you start typing away, you should always stop to think about if it's a good idea in the first place. Here's how I decide. First of all, how did the relationship end? Some breakups are so brutal, you can never really come back. Is the space currently between you a toxic waste dump? If so, yeah, it’s probably not a good idea to try and be friends.

The second factor is time. How long has it been you called it quits? A couple of weeks? That's probably too soon. A couple of years? Yeah, there’s a good chance that it's been long enough for all the hard feelings — not to mention softer ones — to have had enough time to fade, so that a platonic relationship has a chance to develop.

The last thing you should think about before pressing send is to ask yourself: How much did I actually like them in the first place? Not how much were you attracted to them, or infatuated with them, but how much did you legitimately enjoy their company? Has their absence left a friendship void in your life? Make sure they are worth doing any emotional work that might pop up on either of your parts if you get back in communication.

OK, so let's assume you've thought all this through and your texting fingers are itching to get typing. After all, the sooner you hit send the sooner your friendship can commence! But what should you actually say? You've got plenty of options, but here are five that I've found to be the most successful ways to text an ex and resurrect a friendship.

1. Remind Them Of A Good Memory

Even though your last interaction was likely not so great, there were plenty of good times, too. Think about a memory you have about your ex of something nice, funny, or sweet that happened that you think they may actually get a kick out of remembering. Nothing romantic or you may risk sending mixed signals. Just something that will put a smile on their face. Hopefully that will soften them up enough to consider your offer of friendship.

If you’ve spent the time since you ended things totally incommunicado, you probably have no idea where they are at emotionally over the break up. They could be totally cool and ready to move on, or still salty AF. In this case, you may just want to dip a toe in the water and check their temperature. It’s a little scary since you are going in blind, but it’s the only way to know if they are still hot… or super cold. Just keep it light and don’t take it personally if they’re not ready. If you’re determined to turn your ex into your BFF, check in periodically — but not too regularly, or it won’t allow them to warm to the idea of being friends.

3. Let Them Know You’re Thinking Of Them

Do you ever wonder if you ex still thinks of you? I know I do. I don’t want to get back together with them, but I also don’t want them to forget I exist, either. That’s why this approach works: It’s warm and reassuring. You’ve both gone about your life, but this lets them know they are still in your thoughts. But, like the memory approach above, you want to make sure you keep it super friendly and platonic so they don’t misunderstand your intentions.

4. Send Them Something Funny

Are you always seeing memes, pics, or stories you just know they would think were hilarious? Well, if you’re thinking about trying to be friends again, why not send it their way? If you can open with a laugh, it helps increase the chances that they will open to having you back in their life. It’s a reminder that you two did have a fun together, and who couldn’t use a few more laughs?

Are you more of a sincere person who just wants to cut to the chase? That’s OK, too; just don’t be weird about it. Keep the tone light and friendly like you would with anyone you haven’t nor want to see naked any time soon. If you feel like there may be lingering hard feelings, apologize but don’t make it a big deal. Take it super easy, breezy.

It’s a bit scary to put yourself out there like this, but more times than not you’ll be rewarded for your vulnerability. Just don’t take it personally if they are just not there yet. Happy texting!

This article was originally published on November 3, 2017