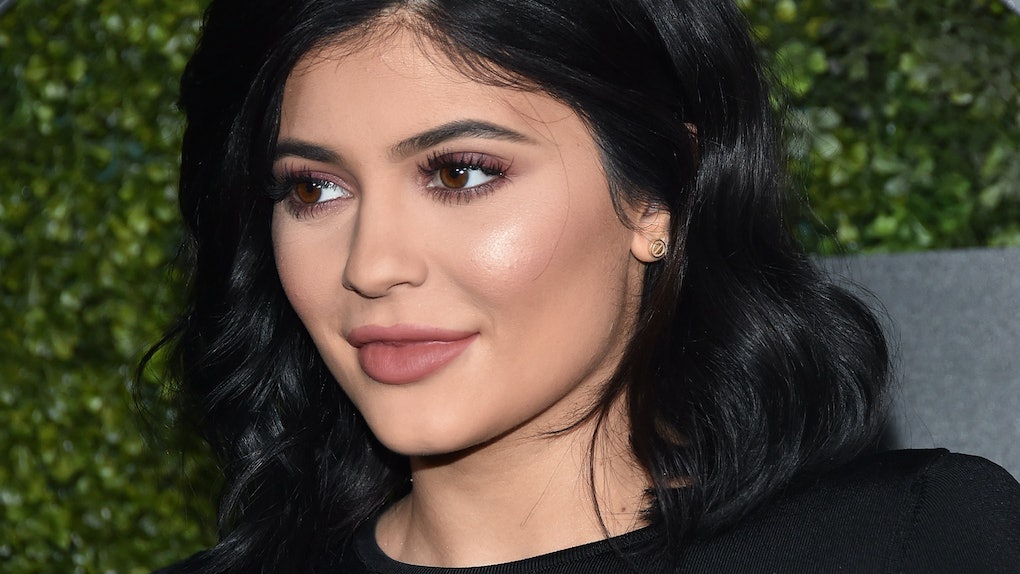 It's been a process, but we're slowly starting to accept that Kylie Jenner isn't going to confirm those pregnancy rumors. It's been three months since reports she is expecting her first baby with Travis Scott surfaced, and Jenner has practically vanished. She's been MIA on Keeping Up With The Kardashians. She hasn't participated in any interviews. Her social media presence is super limited. Obviously everyone's wondering why Kylie Jenner won't confirm her pregnancy, but new sources have an idea, and the reason makes a lot of sense.

Listen, I've never been pregnant. It's totally possible I have no idea what I'm talking about. However, I suspect the whole carrying-another-human-inside-of-your-own-body thing is a little intense. I've also heard it can be uncomfortable AF. For me, Jenner doesn't really need to explain why she would want to remain out of the public eye during this sensitive time, but fans demands answers.

A new source spoke with Us Weekly about Jenner's decision to remain hidden, and it all sounds pretty reasonable. The source claimed,

Plus, most of Jenner's life has played out on television. We've watched as she transitioned from a quirky 9-year-old girl into a major makeup mogul, and the public bombarded her with their opinions, unsolicited advice, and critiques the whole way.

The insider claimed Jenner's pregnancy is the one thing in her life she wants to keep to herself. TBH? That's fair. The insider said,

They added, "She’s worked hard enough to do whatever she wants."

In the past decade, Jenner launched a multimillion dollar company, starred in her own television series, purchased multiple homes, weathered her parent's divorce, and was listed as one of Forbes' 30 Under 30 for "Retail & Ecommerce." All of this went down before her 21st birthday. If there's one thing Jenner's made clear, it's that when she puts her mind to something, she sees it all the way through.

If you knew Kylie — she can be very stubborn. When she makes her decisions, she sticks by them. This is a decision she made early on in her pregnancy and she’s sticking by it.

In fact, another insider claims Jenner will only confirm her pregnancy after the baby is delivered. The family friend told People magazine, "Kylie wants to disappear and be out of the spotlight and focus on her health and happiness." The added,

Jenner's approach to motherhood is the total opposite of Kim's and Khloé's.

Kim confirmed she's having a third baby early in Season 14 of KUWTK, and Khloé recently announced her pregnancy on Instagram. Jenner's older sisters are reveling in their good news and appear to be excited and enthusiastic about sharing updates with the world.

Wherever you are, Kylie, we're here for you. Sure, it only took us three months of obsessively analyzing your every move, but we understand this is your journey. If you need us, we're just, like, waiting.