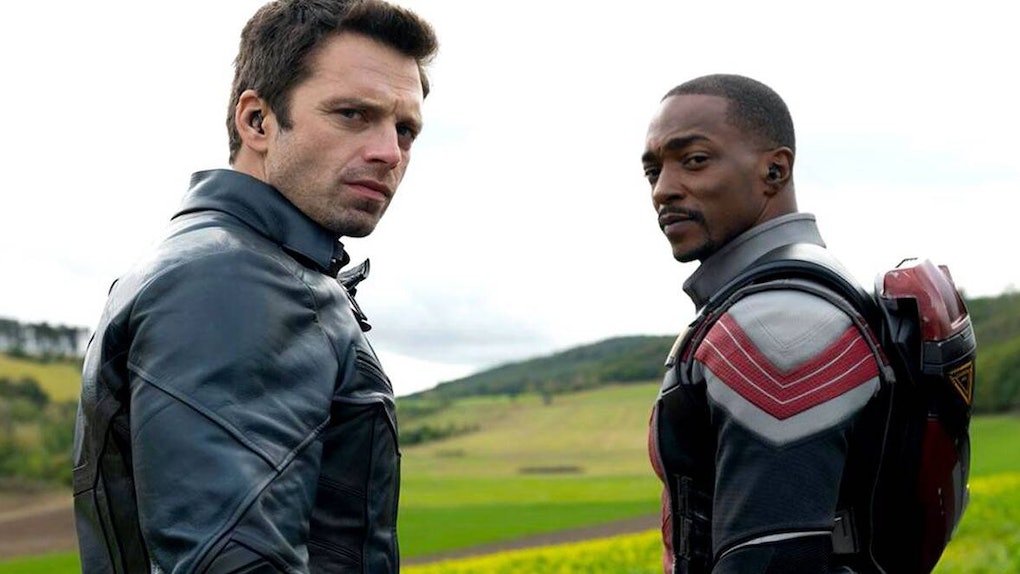 The 'Falcon & The Winter Soldier' Character You Are, Based On Your Zodiac Sign

Marvel has a way of immediately capturing your attention with its movies and TV shows — The Falcon and the Winter Soldier is no exception. The series picks up where Avengers: Endgame left off, with Sam Wilson (aka Falcon) trying to decide what to do with Captain America's shield. Partnering up with Cap's best friend, Bucky Barnes (aka Winter Soldier), they embark on a mission of their own. Throughout the show, many different kinds of characters were introduced — good guys, bad guys, and everything in between. With a variety of different personalities present in the series, this makes it easy to determine the Falcon and the Winter Soldier character you are, based on your zodiac sign.

Many of the characters turned out to be much different than how they were introduced at the beginning of Season 1. Marvel has a thing for huge plot twists, so all 12 astrological signs could eventually be found represented through the characters in the Disney+ show. The sudden shift in personality of the "new" Captain America left viewers questioning his actual intentions, and the sad story behind Bucky's past revealed him to be less of a bad guy than you may have thought. Each character's development can be associated with a different sign, element, and modality in astrology. Whichever one you found yourself silently rooting for speaks volumes about you, too.

If you found yourself understanding Karli's motives, Zemo's power moves, or empathizing with even the most devious of characters in The Falcon and the Winter Soldier, your zodiac sign may explain why.

Initially an ambitious assassin, Bucky's assertive, aggressive nature fits the Aries archetype perfectly. You're quick to stand up for yourself and others, and your fire burns hot and fast. You're a natural-born leader, and don't take to being told what to do. Being in charge is when you tend to thrive, and like Bucky, you may struggle with slowing down and being part of a team. Your passion is what others admire most about you, and your determination to get the job done is why you're an asset to any team.

Taurus: You're The Power Broker

A former agent of S.H.I.E.L.D., Sharon's quick wit and ability to fly under the radar as a runaway for so long suits your adaptable and flexible nature. Quick to leave everything behind and start fresh, Sharon built a new life for herself based on her connections and building new relationships. As an air sign, networking with people no matter where you are is your strong suit, and you can talk your way into or out of just about anything. She's also quick with her hands, and since Gemini rules over that body part, you probably are as well.

Running her family business while simultaneously taking care of her kids aligns with your nurturing nature easily. As the mother hen of the zodiac, you'll do whatever it takes to take care of your family while also getting your work done. (Uou are a cardinal sign, after all.) You protect those around you so much that you often neglect yourself, but you're happy knowing that the ones you care about are safe and taken care of. You rarely ask for help, and carry the weight of others' problems without even thinking about it.

As an esteemed soldier and newfound Captain America, John Walker exudes Leo energy. Ambitious and full of pride, he's up for any challenge, big or small. Acknowledgement for his hard work is his biggest accomplishment, and like you, he just wants to be appreciated for the hard work he's done. As a fixed sign, you're able to focus on a goal and achieve it with ease, even if it takes some time. You refuse to back down from any fight, and even if you lose, you go out strong.

Sam's role as Falcon in the series aligns perfectly with your Virgo nature. His desire to always logically and productively solve problems is one of the reasons why he's an Avenger, and possibly why Steve Rogers gifted him the Captain America shield. He takes his time before making an impulsive decision, and is extremely hard-working. (Sounds familiar, right?) He's always there to lend a helping hand, and tries his best to see the good in those who may not always make the best decisions. You prioritize communication — Virgo is ruled by Mercury, planet of communication, so it makes sense — so you're easily able to make things run much smoother for everyone.

As the peacemaker of the zodiac, you're all about finding ways to keep things balanced, just like Nico. As Karli's right-hand man, he was someone whom she could easily trust. When you care about someone, you strive to put their needs first at all times. Your selfless nature makes you an excellent team player, and others admire you for your kindhearted nature.

Powerful and determined, Zemo is the character who perfectly embodies your Scorpio nature. Quiet and unassuming, Zemo was the perfect villain. He was able to sneak past his enemies on multiple occasions without being caught, and like you, he keeps his cards very close to his chest. Your subtle yet determined nature makes you hard to read at times, but you're always fixated on your next goal.

Lemar's light-hearted nature kept John (aka Captain America 2.0) in good spirits, so he matches up with your Sagittarius nature with ease. As a fire sign, you're always eager to tackle a new mission, and you do it with optimism. Your Jupiter-ruled nature is what keeps other people's spirits lifted, even in difficult times. You know exactly what to say to put a smile on anyone's face, and your energy is a reminder to look on the bright side.

Determined and goal-oriented, Ayo easily aligns with your sign. As a member of Dora Milaje, the all-female special forces team in Wakanda, she means business; no one will interfere with her accomplishing her mission. Like you, she's hard-working and ambitious, and is effortlessly strong and empowered. Your work ethic is something others greatly appreciate in you, and they know you'll always get the job done.

As the rebel of the zodiac, your Aquarius nature coincides with Karli's. She takes her role as the leader of the Flag Smashers very seriously, and fights for (her definition of) equality. Ultimately, she wants the best for everyone, and won't stop until she gets what she wants. Like you, she's determined to fight for the underdog, even if it means taking a lesser-known path. You're both fearless and authentically yourselves, and refuse to change for anyone.

As a friend and colleague of Falcon's, Joaquin is eager to assist in any way possible, which aligns with your sign perfectly. He's flexible and has no issue with plans changing, and is someone who is trustworthy and reliable. Like you, he aspires for a better world, and his ideals for the future is what motivates him to keep going, no matter how hard things get. Your positive outlook on life makes you the favorite among many, and others enjoy working alongside you.