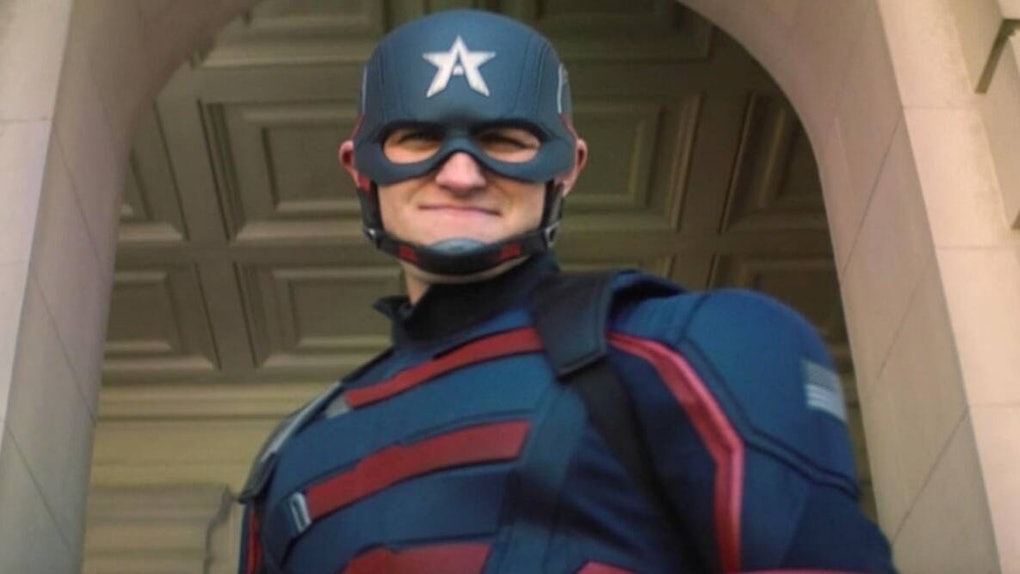 Marvel's Disney+ shows don't give a lot away ahead of their arrival. However, fans have a good sense of what is supposed to be on offer ahead of the shows' premieres. For example, fans knew WandaVision would deal with Wanda's grief over losing Vision and perhaps put her on the path to becoming the Scarlet Witch. Similarly, viewers expected The Falcon & The Winter Soldier to be about the rise of a new Captain America. But in both cases, the shows' first episodes upended all expectations. Case in point: These memes about the new Captain America in The Falcon & The Winter Soldier, which prove fans were ready to see the Shield pass to a new person... just not like this.

Warning: Spoilers for Falcon & The Winter Soldier Episode 1 follow. When the show opens, Sam Wilson, aka the Falcon, is doubting himself and his place in the Avengers pantheon. Steve has passed the Shield to him, but he doesn't feel worthy of it. Instead, he turns it over to the Smithsonian, believing Captain America's story to be over.

But to his shock, the U.S. government is not ready to retire one of its best pieces of propaganda. Instead, they hire a new guy (a white guy) who Rogers never meant to take his place, to put on a version of the costume and carry Cap's Shield. It's a blow to Sam, a betrayal by his own government.

But fans weren't having it either. The memes on Twitter were downright brutal when it came to America's latest superhero.

Fans were quick to decide the other MCU characters would not be ok with what happened either.

Naturally, the comparisons to other well-known faces also came fast.

But if there was one thing everyone could agree on, this Captain America is not going to fly.

As for whether fans could trust this new version of Cap, this fun fact hints that perhaps not:

Falcon & The Winter Soldier's first episode is streaming now on Disney+, with new episodes to follow every Friday.