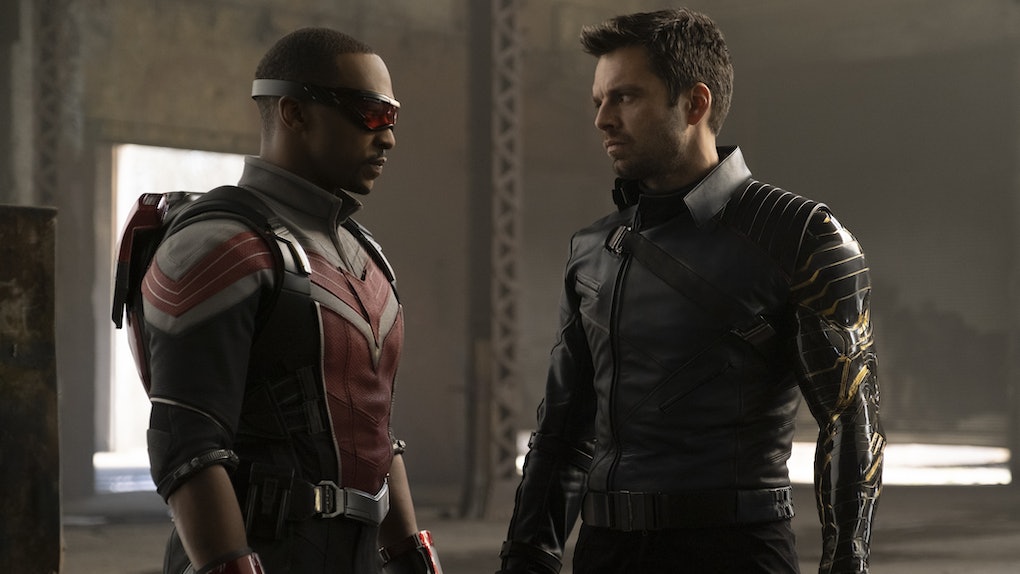 Who Leads The Flag-Smashers? 'The Falcon & The Winter Soldier's Villain Is A Mystery

When Marvel originally planned out its Disney+ lineup, The Falcon & The Winter Soldier was scheduled to be the first series out of the gate. With Black Widow set back around the events of Captain America: Civil War, the series was designed as the first look at a post-blip world. WandaVision ended up being the first show to come out instead, giving a glimpse at how the blip affected those close to home. But Falcon's first episode expands that to a wider view of the post-Endgame world, including the Flag-Smashers. But it's who leads the Flag Smashers that has fans asking the big questions.

Warning: Spoilers for The Falcon & The Winter Soldier Episode 1 follow. Just because the Avengers restored the world and Iron Man died doesn't mean the superheroes' work is done. Every day, Sam Wilson, aka the Falcon, wakes up, puts on his suit, and goes to work. In the series opener, his work took him over the Middle East, where he saved the life of a kidnapped American soldier from the LAF's Georges Batroc. (Fans might remember Batroc as one of the French mercenaries from Captain America: The Winter Soldier.)

Afterward, he sat down with his contact, Lt. Torres, who explained the real threat the world is currently facing isn't small-time pirates like the LAF. It's the Flag-Smashers, a group of insurrectionists who believe the world was better during the blip before half the world came back. While Endgame didn't explore it that much, apparently, the loss of so many caused country borders to dissolve, creating a one-world government. Some people would like that to return.

Torres told Wilson he'd monitor the group, and Sam said to let him know what he found. But Torres wasn't satisfied with watching the online chatter, especially once he found out the group planned a major robbery. He showed up to the gathering and set his phone to record what he saw before attempting to engage them. For his trouble, he landed himself a beating — but not before the camera captured some serious feats of super strength from the group's unknown leader.

So, who is this leader of the Flag-Smashers? In the comics, this is the moniker of Karl Morgenthau, who takes up the mantle after nationalists murder his ambassador father. But in that version, "Flag-Smasher" is his name, and the organization he leads is U.L.T.I.M.A.T.U.M., which exposes the dangers of nationalism.

The Falcon and The Winter Soldier is changing things up. Now, the organization is "The Flag-Smashers," and although they too are technically fighting nationalism, the blip has changed what that mission entails. Moreover, although both Torres and Wilson assume the leader is male in this first episode, the series's official trailer already revealed Erin Kellyman to be the villain.

Hopefully, The Falcon & The Winter Soldier won't make fans wait long to make her acquaintance or learn where she gained her super-strength abilities. The series will continue arriving with one episode a week on Fridays on Disney+.