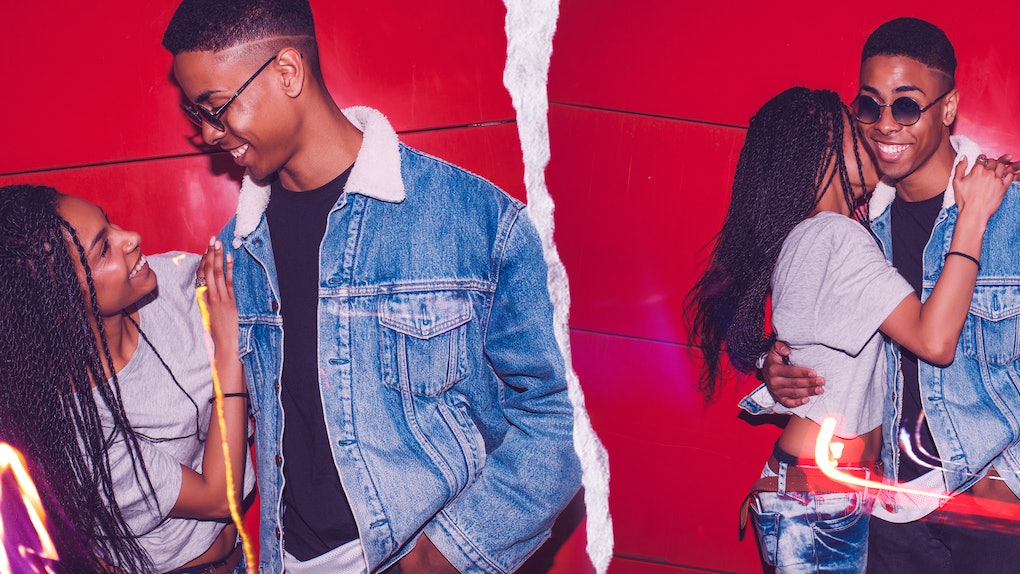 Does Being “Chill” With Someone You Like Actually Get You Anywhere? The Answer Isn’t That Surprising

Dating is more complicated than ever right now: You can be benched, breadcrumbed, and ghosted by your Tinder match... all in the same week. And even when a great first date gives you butterflies, knowing what to do next can be confusing AF. Luckily, in Elite Daily's new series, We Need To Talk, our Dating editors break down the latest terms, trends, and issues affecting your life with their own hot takes to figure out how to navigate finding love in a world that changes faster than you can swipe left.

Ambiguity and being "chill" with someone you like can feel like a natural part of today’s dating culture. You might be talking to someone for months before defining the relationship, hooking up exclusively but not putting any labels on the situation, or regularly going on dates but not calling what you’re doing “dating.” And while this chillness gives dating a desirable flexibility (for some), it can also make it much more stressful. Relationships have the potential to become confusing AF because no one is talking about where they stand, and when they do, they worry about the consequences of being that vulnerable. How can someone go about dating honestly when even just talking about it feels so high risk?

For this edition of We Need To Talk, Elite Daily’s dating editors cracked open a bottle of white wine and got honest about what happens when both people are willing to put aside the game of tough love and nonchalance and forgo being "chill" about dating.

can we take a sec to acknowledge that dating culture is plagued by "chillness" — like people taking forever to text back, being unbothered about everything — because they think it works in their favor in the long run?

i think it also depends on someone's history

if you've been ghosted a ton of times, you might be less likely to text enthusiastically

so the less secure we feel, the more likely we are to play games

“she who cares least wins it all”

i am so over this power dynamic. like, sorry for caring!!

it's like you always have to keep each other at bay until one of you is like, NVM, we can call this dance off and just be normal

I once casually dated this guy for five months, and when i wanted more and tried to talk to him about it i kinda got shut down

and then on my birthday eventually he showed up two hours late and ignored all my friends (: i was annoyed, obvi

so i slowed down my texts, took forever to respond, played hard to get, etc

he got p*ssed that i was trying to be "chill"

yikes. don't you hate that? like, the BARE MINIMUM is kindness and enthusiasm. meghan markle herself said that if prince harry wasn’t kind then their relationship wouldn’t even make sense!

And part of being kind is texting back after an appropriate amount of time and being nice!

why do we settle for the bare minimum? do you think it's because we're just scared we'll never find someone better

if that is true, then we are settling, and we all deserve so much more than that

has being chill ever gotten you what you truly wanted?

personally, i’m thinking it might have helped me get, what, one date? but nothing memorable enough that it really sticks out in my mind now

ultimately i don’t think being “chill" gets you anywhere, unless what you want is nothing

which then, what's the point of talking?

so it seems as if we are Team Anti-Chill

i couldn't choose Team Chill even if i tried

i think until both people agree to put their guards down, one person will weaponize chillness

but if your relationship with someone is tied up in a power dynamic, and you spend most of your time thinking about who has more power, it’s just not healthy

chillness is the opposite of vulnerability, which is what you need for a relationship to work

"oh she isn't mad at me for taking 48 hours to text back, that must mean she's sooOO easy to date"

"she doesn't care that i forgot to make dinner reservations, she'll eat anywhere!"

what we really need to do is be honest about what our needs are — and that's hard. it might get you someone in the short term, but not someone who will listen to you or show up for you in the long term

right! and ultimately, the real version of you is gonna come out

if we end up dating, i'm probably am gonna be mad you didn't make dinner reservations if you said you would. i probably am going to be concerned if you took 48 hours to text back

this is real this is me

yesssss, you cannot hide it forever

being chill is like eating ice cream when you’re starving and haven’t had a meal all day. you do it because it can give you energy and a sugar rush for a few hours, but after that, you'll crash

ok, so if we agree that performing this weird unnatural chill persona is not getting us what we want… what do we do about it?

be honest from the beginning

text the way you would text a friend

i also think it's about listening to your own gut instinct. if you have to fake being someone else, maybe you aren't dating the right person

i think you have to go in with the mindset of "this is doomed to fail if i'm not real from the start, so like, as a social experiment, i'm going to just be myself"

the thought process rn is: "what if i'm more into them than they are into me? that would leave me vulnerable, and being vulnerable means I can get my heart broken. thus, i must put up my defenses by trying to act like someone who has an indestructible heart”

i think you nailed it

i think this is the plot of Pretty Woman