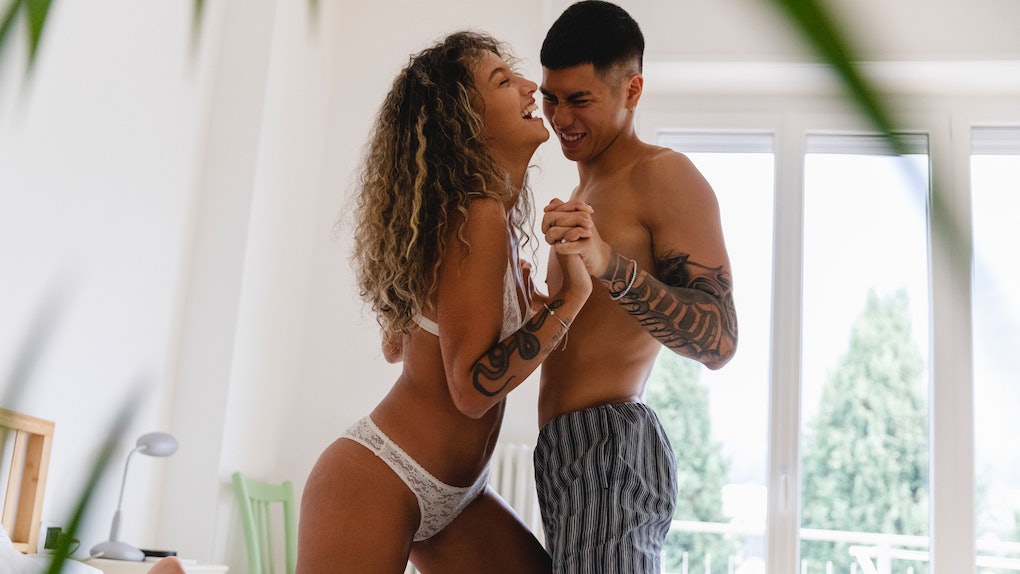 How To Make It Clear You Only Want To Hook Up, Because Honesty Is Everything

So, you've started hooking up with someone new. Maybe you already know that you just want to hook up with them and not take the relationship to the next level — and that's totally fine, as long as they're on board. You're not doing anything wrong by seeking out a hookup, when the other person wants that too. Hookups are a lot of fun (that's literally why we have reality TV, I think). However, you may be wondering how to make it clear you only want to hook up (one method that's not effective is subtweeting, because this is "unclear" and "not everyone reads my tweets," apparently). To get advice that's actually helpful, I spoke to a number of relationship experts.

If you're just looking to just hook up with someone, honesty is critical. Directness can ease the conversation and avoid hurt feelings down the line. "The best way is to just say it and be very clear about your intentions," Relationship Expert and Author of Persuasion Point: Body Language for Speech and Influence Traci Brown tells Elite Daily. Stating your feelings can help you avoid a hurtful situation. "The right thing to do is to straight up let someone know that you are interested in a casual encounter right now, but that you are not interested in formally dating, much less a committed relationship," Dr. Gary Brown, a prominent couples therapist in Los Angeles, tells Elite Daily. You don't need to make it about them — it's totally fine to say that you specifically aren't looking for a relationship. There's no reason to make them feel like it's their fault — everyone is looking for something different out of a relationship, so just express your own personal desires. There's still no guarantee that they won't be upset, but if you don't blame them for your feelings, then you're more likely to avoid offending them.

Even though it might be a tough conversation, it can actually be more considerate of someone's feelings to let them know early on that you're just looking to hook up. You're not being unkind by telling someone you don't want a relationship — you're actually being kinder by being open about this. "Contrary to popular opinion, most potential hookups will very likely appreciate your honesty because it then allows them to make an informed decision as to whether or not they would also like to hook up with you," Dr. Brown says. If someone is looking for a relationship, there are many better ways to spend their time then with someone who just wants a hookup, such as dating people who also want a relationship or watching Real Housewives. It can be hard to tell someone you don't want a relationship, but ultimately, it's much more considerate to tell them what you're looking for in the beginning so you don't waste their time if it's not what they want as well.

To make clear that you only want to hook up, it can be helpful to avoid behaving as you would in a relationship. "If you want someone to know you're only into hooking up, treat them collegially and respectfully, like a peer or a pal," Writer and Relationship Expert Kiki O'Keeffe tells Elite Daily. "You don't have to be super romantic to be considerate and affectionate, and establishing a baseline of respect communicates that you're in this together." Everyone has a different idea of what it means to be romantic, but you don't need to act like you're in a serious relationship to be a respectful and kind partner for hooking up. If you know that taking trips together or meeting each other's parents in the future isn't something you'd want, then it's safer to not suggest to them that it is. This way, you avoid leading them on and enable you to both enjoy hooking up without one of you having the wrong idea of where it's going.

If you're not sure you've made it clear that you just want to hook up, there are a few ways to know that your partner is on the same page as you. "You can confirm that someone knows that you only want to hook up by simply letting know what the boundaries are for you: e.g. you aren't looking to date and you aren't looking for a relationship," Dr. Brown says. "If you are clear and unambiguous, then you are on sound moral ground." The other person might also give you a sign that they think the hookup is more than a hookup. "Pay attention to their signals," O'Keeffe says. "Do they seem like they want more? Are they inferring a deeper level of commitment than you intended?" If you're hooking up with someone who has said things to suggest your encounter will turn into a relationship, then you might need to be clearer about what you're looking for. For example, if they say they want to move in together, don't just agree because you want lower rent (I learned from experience). By paying attention to them and their signals, you can figure out if they are on the same page as you about the hookup.

There's nothing wrong with just wanting to hook up, as long as all parties involved are on the same page. To make clear that a sexual interaction is just a casual thing and not intended to DTR, be upfront from the beginning that that's what you're looking for. And once you do, you can enjoy the hookup!