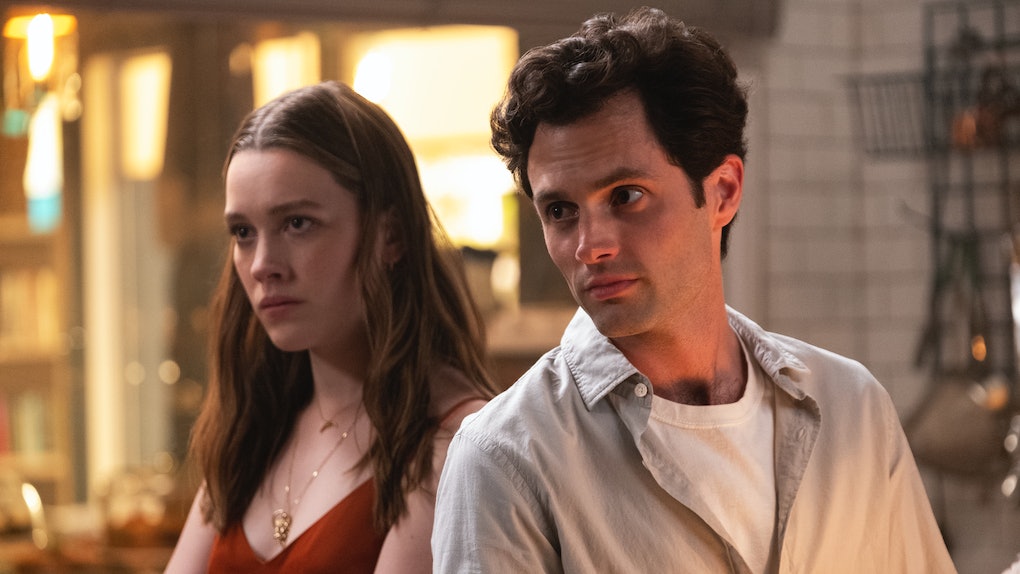 7 Shows Like Netflix's 'You' To Watch When You're Craving Suspense

Though Lonely Boy turned bad (or worse, depending on where your Gossip Girl loyalties lie) in Netflix's You, viewers were immediately drawn to the nail-biting show starring Penn Badgley. While the first two seasons were vastly different — one was in Los Angeles while the other took place in Dan Humphrey's stomping grounds of New York — one thing remained consistent: how captivating the series is. If you tore through both seasons and are hungry for more, there are plenty of other shows like Netflix's You to fulfill your cravings for twisted tales.

Spoiler alert: This post contains spoilers from You Season 2. The series, centered around charming and chilling serial killer Joe Goldberg (who goes by Will Bettelheim for most of Season 2) was officially renewed for a third season in January. Fans rejoiced, since the finale left things on a pretty big cliffhanger with lots of unanswered questions. After moving to the suburbs with Love (who's pregnant), it's pretty clear Joe hasn't exactly turned over a new leaf. The second season ends as Joe finds a new object of fixation: the next-door neighbor.

While fans have to wait until the third season to find out who, exactly, is on the other side of the fence (Badgley already shot down the most promising fan theory on the subject) as well as what's in store for Joe, Love, and their soon-to-be child, there are plenty of shows like You to keep even the most disconcerting viewer busy until Joe-Will returns.

While it's not confirmed that Joe watched How To Get Away With Murder, considering he — you know — gets away with murder, there's a decent chance he did. The characters of this Shonda Rhimes series are almost as sneaky at killing people and getting away with it as Joe is.

This crime anthology series, based on the podcast by Christopher Goffard, follows the true story of a businesswoman, Debra Newell who falls in love with a serial manipulator and con-man John Meehan. All eight episodes of Dirty John are on Netflix and run about 45 minutes each, which makes it the perfect "finish in a weekend" thriller.

Meet your new problematic TV boyfriend, a forensic technician whose side hustle is murdering bad guys. With twisted love stories and clever retorts from the main character, it's easy to see why this series still has such a strong following after the finale aired in 2013.

All eight seasons of Dexter can be streamed on Netflix, which will keep you occupied for long and having confusing daydreams about Dexter Morgan (Michael C. Hall) for even longer.

The Stranger is about to become your favorite limited series thriller. Between dark family secrets getting exposed and non-stop twists, odds are you won't move from your couch before finishing all eight episodes. Joe might be charming, but he doesn't come close to unleashing the drama this series' lead lets loose.

If you're ready to kick things up a notch, Black Mirror takes Joe's interesting opinions about social media to a whole other level. The five-season dystopian anthology explores society's dependence on technology in a so-horrifying-you-can't-stop-watching of way. Since each episode stands alone, you can skip around to ones that catch your eye, such as episodes with celebs like Jon Hamm, Bryce Dallas Howard, and Miley Cyrus.

Plus, thanks to the viral success of the series, it seems likely Season 6 will happen sometime in the future, even if it might be a little different than past installments.

Complicated relationship with mom? Charming personality? Painfully cute smile? Check, check, check. A&E's Bates Motel acts as a prelude to the iconic horror film Psycho, showing the early life of Norman Bates, who grew up to become one of the most famous serial killers in fictional history.

If you happened to miss out on all the Breaking Bad hype the first time around, now's the time to dive into one of the most popular shows of the decade — because yes, it's that good. Whether you're a fan of seeing a seemingly good guy turn bad, rooting for the underdog, or just suspending your morals for a complicated villain, you'll likely agree this five-season series raked in awards and recognition for good reason.

More like this
20 Shows Like 'Shadow And Bone' To Watch When You Need A Fantasy Escape
By Abby Monteil
Netflix's 'Shadow And Bone' Virtual Experience Is Full Of Grishaverse Gems
By Ani Bundel
These Tweets About Beyoncé On Netflix's 'Selena: The Series' Are Too Much
By Dylan Kickham
Stay up to date