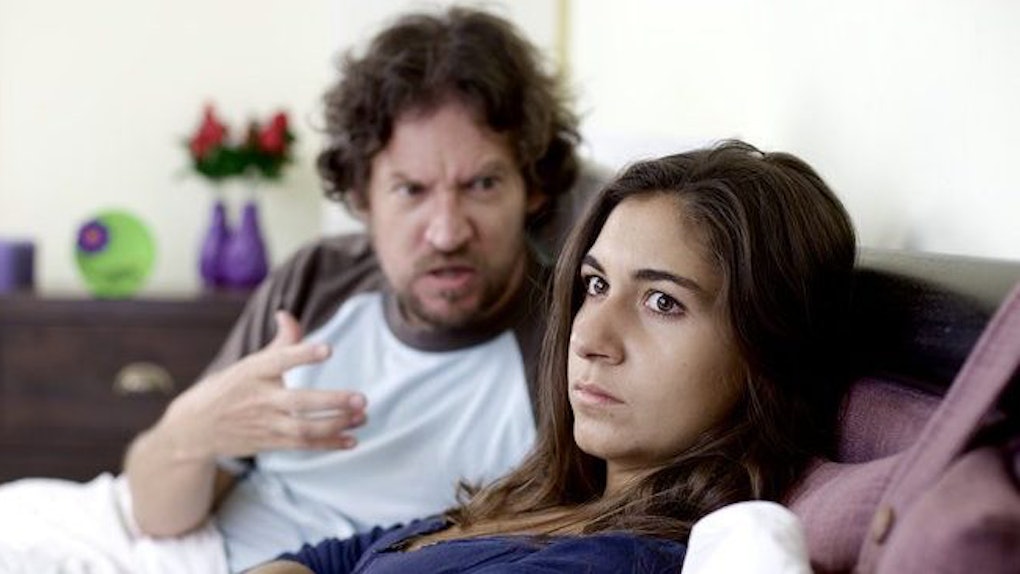 10 Things Your Partner Should Never Say To You, No Matter What

Your romantic partner should be someone you love, someone you can rely on, and someone you trust. That said, sometimes, we don't always get that. There are some things your partner should never say to you — like, ever — and when we find ourselves in a relationship with someone who does say them, it's usually time to get out.

Everyone says hurtful things now and then without meaning to in a relationship. We're human. We make mistakes. And then, we apologize.

The thing is, if hurtful things are said on a consistent basis, with the intent to hurt, then we're undoubtedly with a bad seed. So if your partner says any of these things to you consistently, it's time to cut them loose:

If your partner feels the need to tell you they are not attracted to you, either at all or anymore, just go ahead and say bye, because this is awful.

Sure, each couple goes through ups and downs when it comes to physical intimacy, as well as ups and downs in how they feel about each other. It's normal to have good times and bad, just like anything else. That said, someone who specifically tells you they aren't attracted to you is a jerk, plain and simple. There are many more constructive conversations to be had if things have dwindled lately physically, and often, something like this is said just to be mean.

Don't let this get to your head. Instead, let your partner get to the curb.

You're not stupid, and a partner who tells you that you are so is not worth your time. End of story.

There are no excuses in the world to say "you're stupid" to any other human being, let alone someone you supposedly love and care about. This is one of the worst, most heartless insults out there, and only a truly crappy human being would say it to someone they were in a relationship with.

This isn't just a mean thing to say, either. It's emotional abuse if said seriously and continuously. So if this is something you've heard from your partner, they aren't the one for you and are probably actually a terrible person.

3. "Stop Being So Dramatic"

"Stop being so dramatic" is a gaslighting term that makes you feel like you're being unreasonable, and no partner should ever say this to you. If this is something you've heard more than once in your relationship, it means you are with someone who is not interested in listening to your needs and concerns and is already convinced they do everything right and you are wrong.

Overtime, this can make you begin to question your own reality, especially in situations where you have a totally reasonable comment or concern, and your partner makes you feel nuts. Don't let anyone make you feel this way. If a partner ever says this to you, go ahead and say "goodbye" to them.

Has your partner ever made you feel bad for doing or not doing something and then added on to it, "If you really loved me you would have..."? Hopefully not, because if they have, they really aren't the person you should be with.

Someone who makes you feel like your love for them is constantly in question or uses your actual love for them to manipulate you isn't someone worthy of a grownup relationship. There's no reason you should have to prove your love to your partner, so if they say this to you, let them go.

OK, sure, we all feel a little urge to go "I told you so" when something we said works out the way we said it would. But still, it's a terrible thing to say, and it definitely shouldn't be uttered with any kind of regularity in a relationship.

If your partner is the type to say "I told you so" constantly, they're probably also the type to hold it over you any time you do anything wrong or make even small mistakes. This is indicative of a really immature partner who is probably just going to get meaner over time.

If this is something you hear a lot, leave without looking back.

"Shut up" is one of the worst things we can hear from anyone we're trying to have a conversation with, let alone a partner.

If your partner tells you to "shut up," this is a sign that they do not value what you are saying. Even in the throes of an argument, your partner should not be telling you to shut up. Instead, they should be using kinder and more constructive language throughout.

If your partner says "shut up" to you, you should feel totally comfortable showing them the door.

"You made me get that mad at you." No, no you did not "make" your partner do anything. We are adults, and we are responsible for our own actions.

A partner who tells you that you "made" them do something is the worst kind of partner, because it shows they don't think they are to blame for anything, and they don't take any responsibility for their outrageous behavior. Not only that, but this is the kind of partner who will never, ever contribute to the relationship getting better because they will put everything on you.

If you're dating someone like this, tell them, "Boy, bye."

No, no, no. "Crazy" is a term men have been using to describe women for way too long, because men sometimes don't know how to deal with normal, adult behavior — like wanting to have conversations or being heard.

If your partner ever calls you crazy, this is an immediate indicator that they don't value you as a person and are trying to write you off in a box of "crazy," so they can stop listening. Overtime, if it hasn't already, this is going to wear you down to the extent that you'll feel you don't know anymore if you actually aren't "crazy."

No partner who says this to you is worth even an ounce of your time.

Insults and name-calling never solve anything in relationships, and a partner who does either or both isn't a partner you want for the long haul.

Usually, nothing that comes after this phrase is good, especially if it's used or brought up in the context of an argument. Your partner should always be trying to work on constructive ways to move the relationship forward, not calling you names. If they do, ditch them. You won't be sorry.

If your partner threatens you with leaving or finding someone else, but then never follows through, they are just trying to emotionally manipulate you into doing something they want. Hard pass.

Someone who continually holds this over your head has no interest in being in a stable, mature relationship. Instead, they are toeing the line of in or out and keeping you guessing the whole time. This isn't someone who is worth calling your partner. Let them go.

Although we'd all like our relationships to go well always and be happy, that's not always the case. And sometimes, we find ourselves with someone who truly damages our self-esteem because they're so mean, immature, or just plain awful that they make the worst partner ever.

We all make mistakes, but the important thing is to recognize that you are better than that and to get out ASAP.