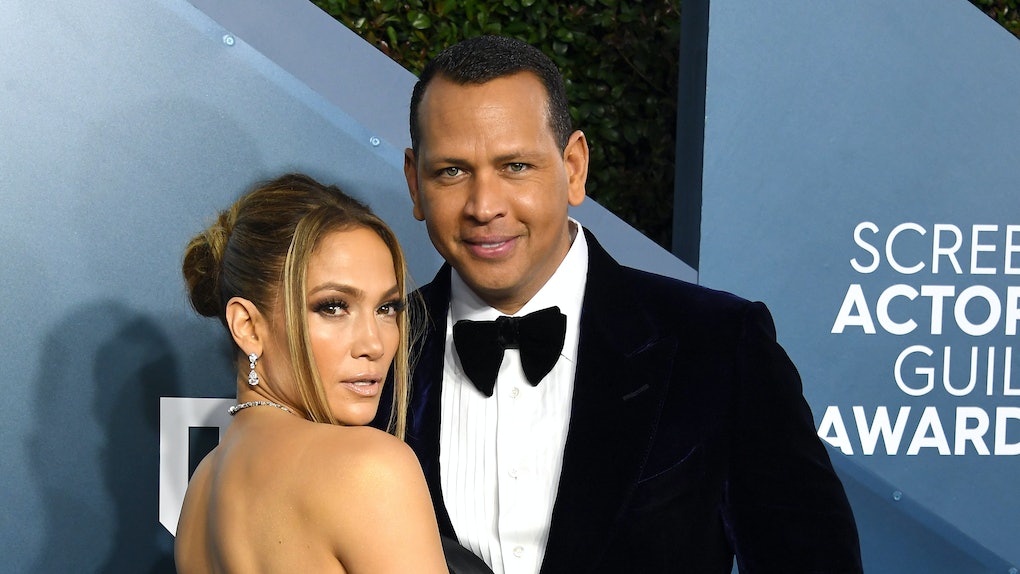 The biggest celeb breakup of 2021 so far has finally been confirmed, and fans are curious what a certain Southern Charm star thinks about the whole thing. Unfortunately, following the news of Jennifer Lopez and Alex Rodriguez's breakup, Madison LeCroy's reaction reveals very little. Hours after the news of Lopez and Rodriguez's split broke on April 15, LeCroy weighed in on the drama in a statement to Page Six. "I wish them the best," she said. Hmm...

Fans first began to suspect something had gone down between LeCroy and Rodriguez in early 2021, after LeCroy claimed she had an affair with "a very famous, married ex-MLB player" while she was still dating Austen Kroll during the Jan. 28 Southern Charm reunion special. Fans initially eliminated Rodriguez as a possible suspect in the mystery, as he and Lopez weren't yet married, but on Feb. 3, LeCroy's Southern Charm co-star Danni Baird claimed Rodriguez was, in fact, the mystery man during an appearance on the Reality Life with Kate Casey podcast.

A source reportedly close to A-Rod denied the rumors that same day, according to the New York Post. "He doesn't know this woman," the insider claimed, later adding, "Look, does this mean he didn't DM her and liked a photo or two? I guess not, but he doesn't know her — and he definitely didn't hook up with her."

During her own Feb. 3 conversation with Page Six, LeCroy opened up about the rumored A-Rod affair and shared her side of what went down. While she claimed she and Rodriguez have "never met up" and have "never been physical," she did say they've "spoken on the phone." According to her, the relationship was "innocent." She added, "I don't know what to do. I have tried to be as quiet as possible. I don't want anything bad for his family, or for mine. We are definitely innocent in this."

Though J. Lo was reportedly unbothered by the affair rumors, reports emerged on March 12 claiming she and her fiancé reportedly called off their engagement. According to Page Six, the duo ended things due to Rodriguez's rumored affair with LeCroy, saying it was "the reason they finally broke up. There were already problems, but Jennifer was really embarrassed by it." Several other outlets confirmed the reported split, but just a day later, J. Lo and A-Rod shut down the speculation in a statement, which said they were "working through some things" but were actually still together.

A month later, Lopez and Rodriguez announced they'd decided to split... for real this time. And while LeCroy isn't saying much, her Southern Charm castmate Shep Rose shed some light on the situation during a call to SiriusXM's Andy Cohen Live. According to Rose, the cast was on a trip to Capers Island in South Carolina when LeCroy reportedly spilled the beans. "[She] said on camera — there's cameras buzzing around, we're on a boat — and she's like, 'Well, I'm DMing with A-Rod, but we can't talk about that," Rose said. "Or, they can't air this, because I signed an NDA.'"

I have a feeling it's only a matter of time before the whole story finally comes out.

More like this
Katie Thurston's Ex Joked About Her 'Bachelor' Entrance In His Stand-Up Act
By Corinne Sullivan
Shanna Moakler Seemingly Shaded Kourtney Kardashian & Travis Barker's PDA
By Joyann Jeffrey
Are Jennifer Lopez & Ben Affleck Getting Back Together? A Reported Reunion Has Fans Buzzing
By Cianna Garrison
Stay up to date