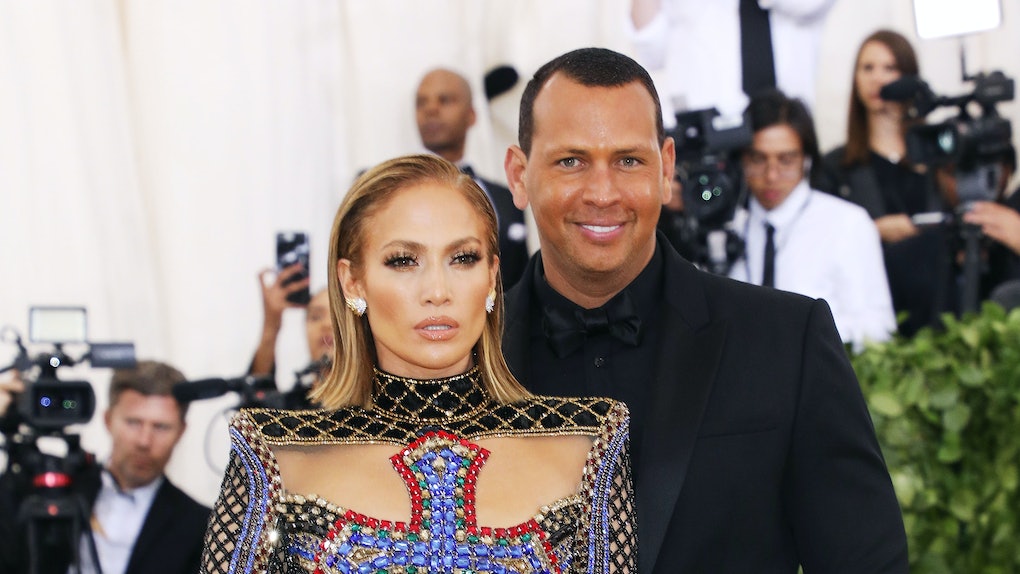 It's officially over for J. Lo and A-Rod. (For real this time.) Jennifer Lopez and Alex Rodriguez confirmed their breakup on April 15 in an exclusive joint statement to the TODAY show. "We have realized we are better as friends and look forward to remaining so," the statement read. "We will continue to work together and support each other on our shared businesses and projects. We wish the best for each other and one another's children. Out of respect or them, the only other comment we have to say is thank you to everyone who has sent kind words and support."

Neither J. Lo nor A-Rod have addressed their statement on social media directly, but on April 14, A-Rod posted a sweet tribute to his five-year relationship with J. Lo. With Coldplay's "Fix You" playing in the background, the camera panned through a series of framed family photos on a table. One is of the former couple together on New Year's Eve 2020, another is of J. Lo and her daughter Emme hugging, and another sees all four of their children laying on the grass. The last shot is a framed photo of the words "Jennifer + Alex" surrounded by a heart in the sand. It is... sad.

Sources previously told TMZ that J. Lo and A-Rod had called off their engagement and ended their relationship in early March 2021, although the reason why was unclear. Following reports from several outlets claiming the relationship was over, the couple cleared up the confusion with a statement to CNN through their representatives saying they were still together and "working through some things." At the time, the couple also told TMZ that "all the reports are inaccurate."

J. Lo and A-Rod first met in 2005 while she was still married to Marc Anthony, and he to Cynthia Scurtis. They reconnected and started dating in 2017, and in March 2019, they got engaged. Their relationship seemingly hit a rough patch in January 2021, when Southern Charm star Madison LeCroy and her castmates revealed Rodriguez had reportedly DMed LeCroy on Instagram. LeCroy's co-star Danni Baird told the Reality Life with Kate Casey podcast that the two were reportedly "FaceTiming or something." But a source close to Rodriguez told the New York Post Rodriguez "doesn't know this woman. Look, does this mean he didn't DM her and liked a photo or two? I guess not, but he doesn't know her — and he definitely didn't hook up with her."

On the March 2021 cover of Allure, Lopez told the magazine that even though the ongoing coronavirus pandemic had caused them to postpone their wedding, they got to work on themselves in quarantine. "We did therapy," she said. "I think it was really helpful for us in our relationship."

A little over a month later, the two officially confirmed their breakup. Here's hoping their amicable statement is a preview of their relationship as friends moving forward.