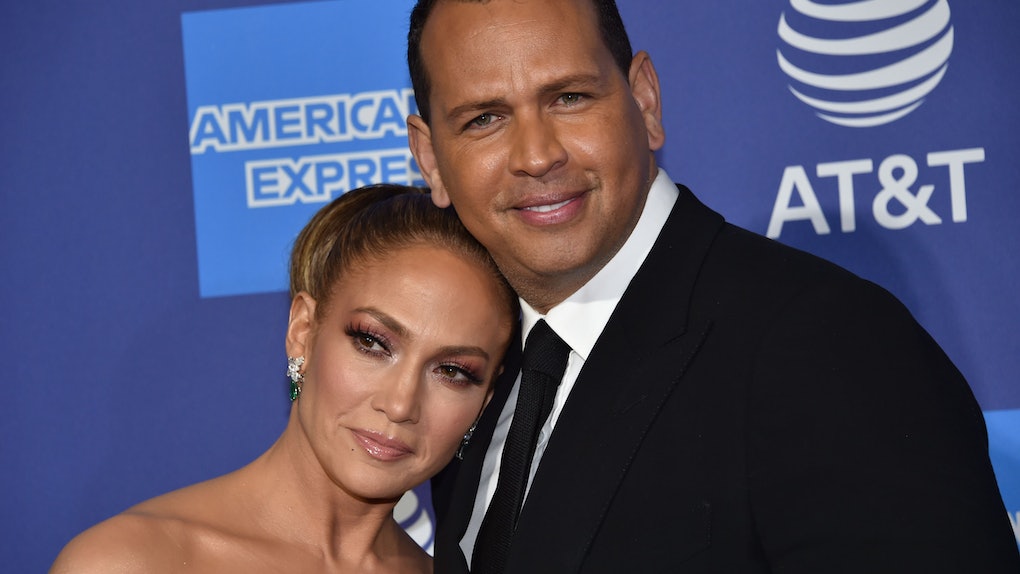 ICYMI, multiple outlets, including AP News, reported that J-Rod was no more on Friday, March 12 and that the couple had called off their two-year engagement, per anonymous sources. Following the breakup news, Lopez and Rodriguez released a joint statement to outlets like CNN, People, and TMZ on Saturday, March 13, saying that they "are working through some things" but are actually still together.

A source close to the couple told People that the couple never called it quits for good. "They never officially broke up and talked about it but are still together. They hit a rough patch. But were not broken up." The source also commented on the rumors that Rodriguez had had an affair after claims made by Southern Charm's Madison LeCroy (more on that later), saying they "had no bearing on the rough patch at all."

"She's working in the Dominican Republic, and he's in Miami, so it's tough seeing each other, especially with quarantining and COVID," the source added, concluding that "they want to try to stay together."

The couple reportedly told TMZ that "all the reports [of the split] are inaccurate." On top of that, CNN says a representative for the couple allegedly claimed they're still engaged.

J. Lo and A-Rod have been together since 2017. Rodriguez popped the question in March 2019, and the couple announced it with a sweet post.

Rodriguez posted the announcement on Instagram, which featured Lopez's massive ring and a sandy beach background. The caption read, "she said yes," along with a heart emoji.

For some background on the rumors that A-Rod was involved with Southern Charm's LeCroy, in February 2021, the reality star claimed she FaceTimed Rodriguez while he was in a relationship with Lopez. "He contacted me, and yes, we DMed, but other than that, there was nothing … I've never seen him [or] touched him," she claimed on the Southern Charm reunion special.

A source close to A-Rod denied the rumors, according to the New York Post. Elite Daily reached out to A-Rod's rep at the time for comment and didn't hear anything back. A source close to J. Lo also reportedly claimed the singer was doing fine with her boo. "She doesn't let the cheating rumors get to her and chooses not to pay attention," the source reportedly told E! News.

If the couple does go through with getting married, it will be Lopez's fourth marriage. Previously, she was married to Ojani Noa, Cris Judd, and Marc Anthony, with whom she shares two kids. It would be A-Rod's second marriage.

It looks as though fans who ship J-Rod don't have to worry about a split at the moment, so here's to hoping the couple works it out!