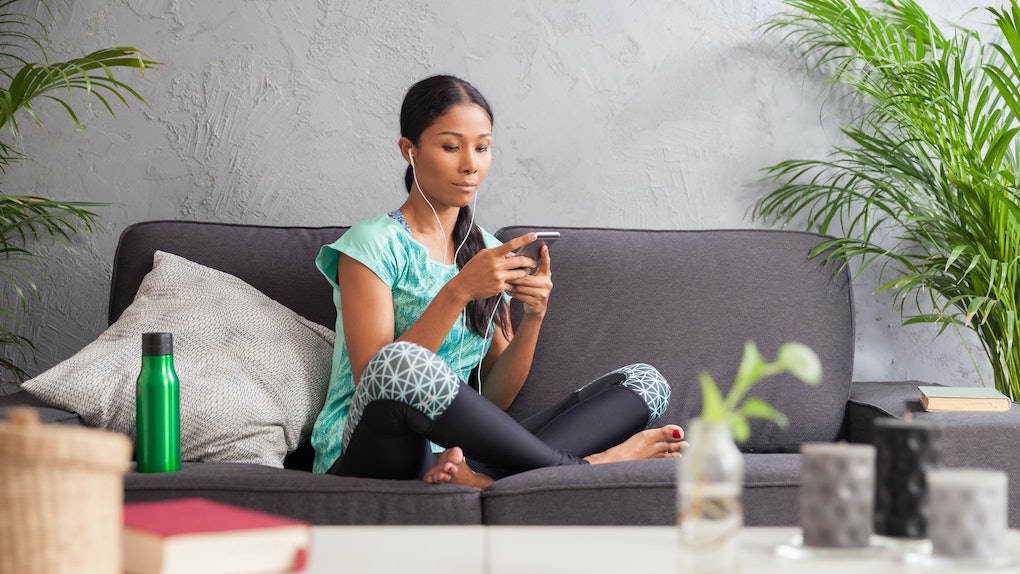 Why Is It So Frustrating When Your Partner Cancels Plans? Experts Explain

Canceled plans can be a part of life. It's probably safe to assume that plenty of people have canceled on you throughout the years, and when things come up, you've canceled on plenty of people as well. Life can get hectic, and sometimes you've gotta call for a rain check. It doesn't need to be a big deal, and oftentimes, it's not. So, why is it so frustrating when your partner cancels plans?

When your bae lets you know that they can't make the date you had set, it might hurt more than when a friend cancels on you. But why is that? I talked to some dating and relationship experts to help me get to the bottom of this.

According to Dr. Alexandra Solomon, clinical assistant professor in the Department of Psychology at Northwestern University, staff therapist at The Family Institute at Northwestern University, and author of Loving Bravely: 20 Lessons of Self-Discovery to Help You Get the Love You Want, when your partner cancels plans on you, it can ignite a vulnerable feeling. "In a deep-down place most of us don’t talk about, we resent our partners because of the vulnerability that our love for them stirs up in us," she tells Elite Daily. We invest so much into our romantic relationships, so canceled plans can feel like a betrayal.

This also might be part of the reason why it's so much more frustrating when your partner bails on you than when a friend reschedules happy hour. Dr. Solomon says that dependence is "woven into the very nature of romantic love." But don't worry — dependence isn't a dirty word here. She notes that culturally, "we place a high value on being able to stand on our own two feet and not need anybody, but the truth of the matter is [that] an essential feature of intimate partnership is needing that person." Your significant other matters to you. As your teammate, you rely on them to support you by showing up, and that's a good thing!

Relationship expert and bestselling author Susan Winter tells Elite Daily that the primary reasons why it's so frustrating when your partner cancels plans are because it feels disrespectful and implies you're not a priority. "Your time is valuable... When a partner cancels plans, you're inconvenienced by the fact that you could have done something else had you known in advance." Ugh, when your boo cancels on you, it can make you feel like a loser — it's the worst! You've allotted time to spend with this person, and now you're left with a big, gaping hole in your day. It can be extremely disappointing when someone acts like their time is more valuable than yours, especially when it's your boyfriend or girlfriend.

The thing about serious relationships is that when we're in them, we expect to be taken seriously. The way you react when your partner lets you down "will always carry a potent emotional charge," says Winter. When you're intimate with someone, it's natural to assume that you're important to them and that they care about the commitments they make to you.

According to Sarah-Rose Marcus, PhD candidate at Rutgers School of Communication and Information and researcher on romantic relationships, when you're SO cancels plans, it can make you feel anxious about the state of your relationship, especially if you're in the midst of a budding romance. She explains that "in the beginning, when the trust is still developing, people become uncertain about where the relationship is headed." If you haven't had very many serious conversations with your partner yet, you might be going off of other cues to determine where you stand in the relationship. Marcus notes that with young, actively dating women, canceled plans is typically read as a warning sign that they're heading "in the direction of being ghosted."

However, a flaky boo can create just as much tension and uncertainty in long-term relationships, "especially if you had an established routine of going out on the weekends," says Marcus. It can be a total bummer when a friend cancels on you, but we tend to respond with a little less animosity because of the understanding we have of our friends' priorities. When you're young, your girlfriends might seem like your whole world, but as you enter into adulthood, this usually shifts.

So, what's the best way to communicate to your partner that it hurts you when they bail? Dr. Solomon recommends "resisting the urge to make it about them" by calling them unreliable or accusing them of not loving you. Instead, you should talk to your partner "about what their canceling stirred inside of you." Explaining to someone that they make you feel taken for granted can be scary! You might feel exposed, embarrassed, or even like you're overreacting by calling them out. Talk about vulnerability!

Marcus says to "calmly approach the subject the day after, when you can take that time to consider your strategy in a clear, level-headed way." She advises reminding your partner of how much they mean to you and communicating that you are simply trying to establish a level of trust and understanding. Did their last-minute cancelation make you feel silly? Tell them that!

Winter suggests asking your boyfriend or girlfriend how they would feel if you canceled plans with them at the last minute. This puts your partner in your shoes and might make them reconsider before they do it next time.

Life happens, and everyone needs to cancel plans from time to time. However, if you're dating someone who frequently calls off the plans you make, it can really hurt and lead to resentment down the line. Winter says that "any partner who repetitively cancels plans to see you is revealing that you're a low priority in their eyes." Is your partner reluctant to reschedule the plans you had? If they rarely cancel plans and have a good reason for doing so, you might want to give them a pass. Sometimes, people need to cancel for completely valid reasons, but if they're a repeated offender with vague excuses, it could be a cause for concern.

Beyond feeling betrayed by canceled plans, you may have just been really excited about a date you had planned, and that letdown can totally suck! Instead of yelling or sending them a series of angry texts, plan to have a talk with your bae the next day. In the mean time, try to enjoy the unexpected opening on your calendar. Hit play on your favorite Netflix show, order take out, or invite a friend over for some solidarity.

More like this
5 Signs You're Burned Out From Dating & Could Use A Break
By Danielle Sinay
25 Dirty Jokes To Text Your Partner For Filthy Laughs
By Corinne Sullivan
Here's Why Someone Cheats On Their Partner, Based On Their Zodiac Sign
By Danielle Sinay
Stay up to date