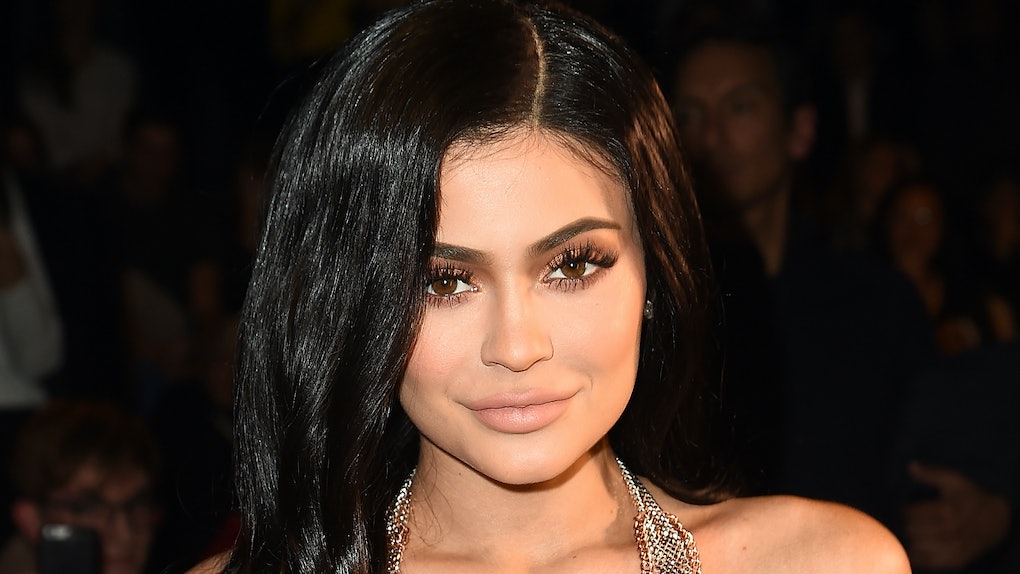 What Is Kylie Jenner Doing Amid Pregnancy Reports? The Star Has A Busy Schedule

Honestly, where are you, Kylie Jenner? Immediately after reports surfaced the youngest Kardashian/Jenner sister might be expecting her first child with her current boyfriend, Travis Scott, she totally disappeared. Since then, we've all been wondering what is Kylie Jenner doing amid her pregnancy reports? Lamaze classes? Building bookshelves and a crib? Knitting all of the clothing her baby could possibly need? I guess the possibilities are endless, but we have a few guesses.

At the end of September, People magazine dropped the big pregnancy rumor bomb. At the time, it was reported that Jenner and Scott were keeping a low profile and only telling a few close family and friends about their reported pregnancy. An insider claimed,

They started telling friends a few weeks ago. The family has known for quite some time. She is really excited and so is Travis.

Of course, the public thought we would receive some sort of official announcement from matriarch Kris Jenner, but it never came.

Now, it's almost three months later and NOTHING has been confirmed or denied. Plus, Jenner has basically vanished. She made one teeny tiny Thanksgiving cameo in Keeping Up With The Kardashians, but that's it. She also went from posting glamorous body pics to strictly selfies from the waist up. What gives, Kylie?

Using our context clues, here are a few things we can confidently say she's been up to.

One thing that clearly hasn't disappeared is Kylie Cosmetics. In fact, business is downright booming. Despite potentially growing life inside of her, Jenner has kept the pedal to the metal with her multimillion dollar company, delivering us new shades, kits, and collections all year long.

Hanging out with family

Ya know, like her other sisters who are currently expecting.

In lieu of her regular social media presence, Jenner has been sharing loads of filtered selfies and videos with her friends and family. Now that she isn't spending all of her time finding her best leg angles or ab lighting, she is way more free to goof around with the puppy filter and work on her "smizing."

Jenner has been staying clear of the limelight but made an exception for LOVE magazine. It probably had something to do with Kendall Jenner being her photographer and her literal mom giving the interview, but still. To say this magazine feature was a safe bet for a young pregnant woman is an understatement.

LOVE shared the image on their own Instagram and quoted Kylie in the caption. Apparently, she said,

I was just trying to keep up with myself. All businesses, every company, makes little mistakes here and there. Growing it in front of so many people all of a sudden was kind of hard.

Beyond that, we know she was busy definitely NOT participating in the family Christmas card, but she did swing by their big Christmas party. After going weeks without posting new images for fans to cling to, Kylie Jenner appeared in new photo booth photos with Travis Scott.

I'm not an expert, but it sure looks like she has a pregnancy glow to me.

We'll most likely just have to keep waiting. One source revealed Jenner's "big plan" to confirm her pregnancy after her baby is delivered. The insider told People,

Wherever you are, Kylie, we're missing you.