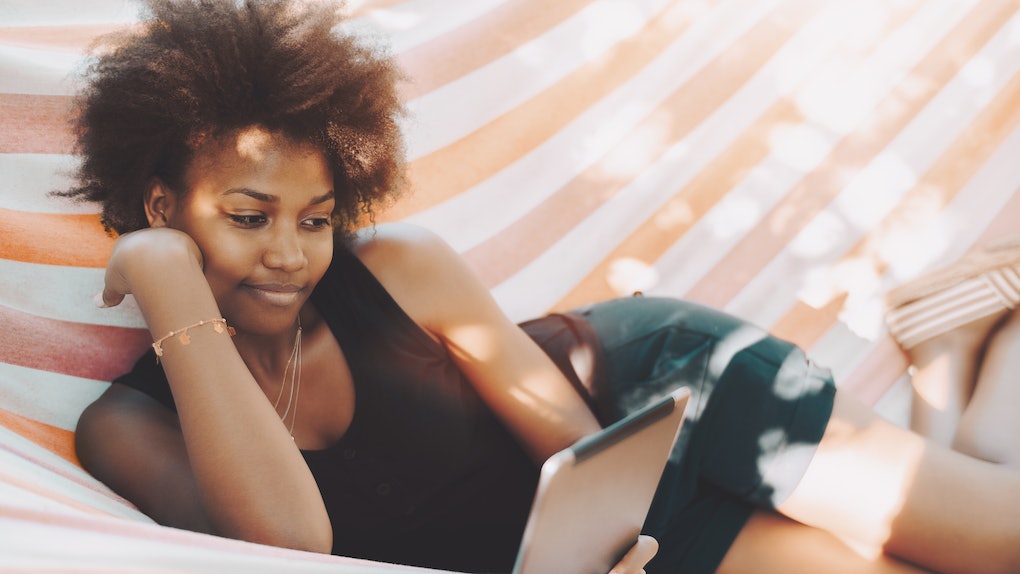 Eclipses bring life-altering events and the upcoming full moon lunar eclipse in Capricorn on July 5 will not only bring aspects of your life full circle, it'll also shed light on the structure of your life's direction. Eclipse cycles happen every six months, and the spiritual meaning of the July 2020 lunar eclipse will focus on your soul's evolution throughout the Cancer-Capricorn eclipse series.

Before tapping into July's eclipse energy, it's important to think back to July 12, 2018, given that this new moon solar eclipse in Cancer marked the beginning of your eclipse journey. If you're having trouble remembering the events that took place that summer, check which astrological houses belong to Cancer-Capricorn in your birth chart. These particular areas of your chart not only describe the setting of your eclipse journey, they also describe how your individual story will continue to unfold over the next six months. For instance, let's say you were born with an ascendant (which is your rising sign) in Cancer, and a seventh house (descendant) in Capricorn. This would suggest everything from your sense of self to your committed partnerships has evolved tremendously in the past two years.

The upcoming full moon lunar eclipse will be a "penumbral" eclipse, which occurs when the moon passes through Earth's "penumbra," which is the outer part of the planet's cone-shaped shadow, according to Space.com. Taking place at exactly 12:44 a.m. on Sunday, July 5, this celestial event will be visible in North and South America, so don't forget to set your alarm and grab the binoculars.

Eclipses are powerful lunations that activate the North and South Node. Also known as the "Nodes of Fate" given their multidimensionality and karmic influence, the nodes of the moon are now energizing the Gemini-Sagittarius axis, which governs the primitive mind versus the abstract mind. Given that Mercury retrograde will be a key player in the upcoming eclipse (and Mercury is Gemini's ruling planet), themes revolving around the way the collective processes information will be highlighted.

The full moon lunar eclipse in Capricorn will shed light on something in your personal life and also illuminate something that's been hidden from the planet at large. It's also no coincidence ruthless Saturn will reenter its sign of rulership, Capricorn, on July 1 and join forces with Jupiter-Pluto retrograde, just days before for the eclipse. Saturn's comeback will be especially potent, as it won't be back in Capricorn for the next 27 to 29 years.

Every eclipse cycle has a story to tell and the last time Saturn traveled this close to powerful Pluto in Capricorn was on Jan. 12 2020, two days after the full moon lunar eclipse in Cancer. Saturn is the planet of limits, structure, and authority, while Pluto represents all that's hidden beneath the surface. In Capricorn, these two powerful planets joined forces to dismantle and rebuild global systems from the ground up. There is a powerful metamorphosis taking place in the world, and this is just the beginning.

Sitting at exactly 13 degrees of Saturn-ruled Capricorn, the full moon lunar eclipse will be a turning point for humanity. This astronomical phenomenon will bring something necessary and important to your conscious awareness and shed light on Capricorn themes. Ruled by serious Saturn — the planet of authority, boundaries, limits, and foundations — this potent lunation will highlight your level of accountability and self-mastery. Everything from the structure of your professional life to the foundation of your legacy will be top of mind during this time, and the same goes for the rest of the world.