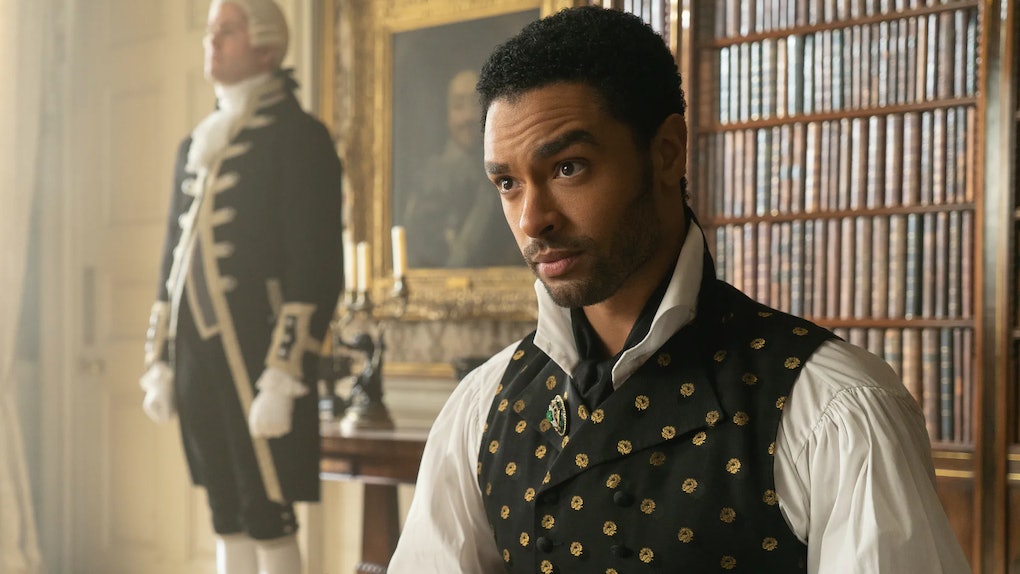 When Bridgerton premiered on Christmas Day 2020, fans were instantly smitten. While there was a lot to love about the new Netflix series, there was one actor in particular who had viewers feeling some type of way: Regé-Jean Page, who played Simon Bassett (aka the Duke of Hastings), made such an impression, fans were literally heartbroken when they found out he wouldn't be returning for Season 2. On the other hand, the executive producer of the series didn't quite get the fuss. Shonda Rhimes' quote about Regé-Jean Page leaving Bridgerton proves the television genius isn't remotely fazed by the backlash.

Warning: Light spoilers for Bridgerton Season 1 follow. For fans who didn't read the Bridgerton book series by author Julia Quinn, Page's departure from the Netflix show seemed to come out of nowhere. Season 1 ended with his character becoming a father after having a lot of sex in a lot of different places. Simon had such a big arc, fans were eager to see what was next for him and his wife, Daphne (Phoebe Dynevor).

After becoming so invested in Simon's story, viewers were understandably distressed when Netflix's official Bridgerton Instagram account broke the news about Page's exit on April 2. However, in an interview with Vanity Fair on April 13, executive producer and all-around television queen Shona Rhimes said she was surprised by how strong the response was to the duke peacing out for Season 2.

"I was really shocked because usually, that happens when I've killed off somebody that's been around for a while," Rhimes told Vanity Fair, hinting at her reputation for killing off beloved Grey's Anatomy characters. "Like, we didn't kill him, he's still alive! [Regé-Jean] is a powerful, amazing actor and that meant we did our job — every season, our job is finding the right people and putting together this incredible, world-shifting romance."

Fans of the books were probably prepared for this, since the series of nine novels focuses on a different sibling's love story with each installment. Considering Simon and Daphne got their happy ending, Rhimes said it makes sense to follow the theme of the books and shift focus to other characters. "I don't know that I expected this much of an explosion, given that every book [in the Bridgerton series] is a different romance," Rhimes said. "What would be the ever-after of this combo? I mean, really: What would Regé-Jean do, you know what I mean? We gave them their happily ever after ... The concept is that every season, there's a couple and that couple is the hot couple that you're falling in love with, right?"

Considering the series got the green light through at least Season 4 (but with more expected to come), fans should prepare to fall in love with, and say goodbye to, plenty more characters along the way. "There are eight Bridgertons. So by the time you get to [prepubescent] Hyacinth — oh, dear God, she'll be grown up by then. Obviously, we're not going to match up a child! We'll grow Hyacinth up and you'll see her story too," Rhimes explained.

Until then, Season 1 of Bridgerton is streaming on Netflix while filming for Season 2 is underway in England.