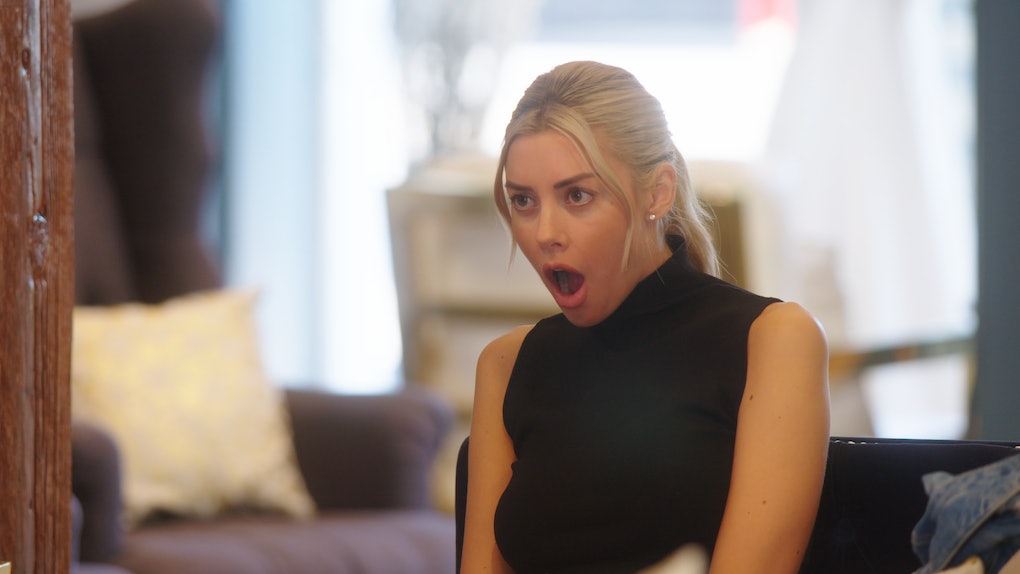 Are you ready for more high-end houses, luxe lifestyles, and lots of drama? Well, you're in luck, because your favorite real estate reality show is officially coming back. Netflix has ordered not one, but two (!!) more seasons of Selling Sunset, guaranteeing the series will go until at least Season 5. But before that comes Selling Sunset Season 4, whose premiere date might be sooner than you think.

Selling Sunset premiered in March 2019, and Netflix released Season 2 on May 22, 2020. The show was such a hit that on the same day Season 2 came out, it was renewed for a third season. In July 2020, ahead of the Season 3 premiere, Selling Sunset star Christine Quinn told Grazia the show was "definitely going to get picked up" for a Season 4. Which honestly just proves: You should never doubt Christine Quinn.

So, while pretty much everyone was expecting a Season 4, what's going to go down during the season is up in the air. Considering filming for the the final episode of Season 3 took place in October 2019, there's close to a year and a half's worth of drama to catch up on. From new boyfriends to pregnancies, wedding plans to maybe even selling a few houses, here's what fans can look forward to heading into Season 4:

As of March 10, there's no word from Netflix regarding a premiere date, but in a March 8 exclusive, Quinn told Entertainment Tonight, "I assure you it's going to be juicy when it happens. That's for sure ... There's nothing that's going to be missed." That means there's a lot production needs to catch up on to fill in the year and a half gap.

Expect to see your favorite cast members in Season 4, since Netflix confirmed Maya Vander, Mary Fitzgerald, Heather Rae Young, Amanza Smith, Davina Potratz, Chrishell Stause, and Quinn, as well as their their bosses Jason and Brett Oppenheim, will all be returning to your screen.

Unfortunately, there's no trailer to indulge in as of March 10, since Selling Sunset was *just* renewed. But considering Netflix's bold renewal of two seasons at once, chances are it won't be too long before a glam AF trailer comes out.

There's a lot fans need to be filled in on since the Season 3 finale, and according to Quinn, viewers are going to get all the details. The last fans saw of the Oppenheim Group's agents, Quinn had just said "I do" while Stause was in the thick of her divorce with This Is Us star Justin Hartley. Young was dating Flip or Flop star Tarek El Moussa (to whom she's now engaged), and Potratz was feeling the heat while trying to sell a $75 million house.