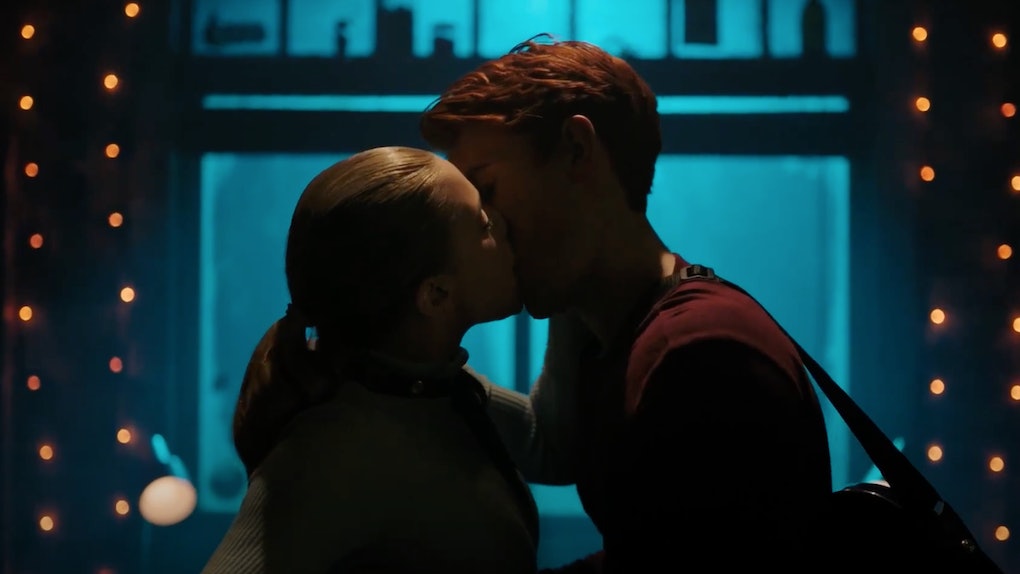 Sometimes you turn on the TV to cry, sometimes to laugh, and sometimes it's to feel something. I mean... really feel something. While there are plenty of shows and movies out there with sexy scenes (hello, the entire Fifty Shades franchise), there's something exiting about watching a new, steamy story unfold for the first time. If you're looking for the hottest TV and movie sex scenes of 2021, your search ends here.

After a hard 2020 and rough start to 2021, no one would blame you for wanting to get your mind off real life for a while. After a few bleak months when television and film productions were shut down due to the coronavirus pandemic, new stories — and new sex scenes — are finally gracing viewers' screens. Whether you're searching for a mood-setting watch for date night or something sultry for a sensual solo viewing party, chance are there's a recently released sex scene that'll scratch your specific itch.

From a couple getting it on in the back seat of a taxi cab to an employee's sordid affair with her boss, 2021 is shaping up to be the year of scandalous on-screen sex. Who knows? This might just be the hottest year yet.

If you ever thought being watched during sex would be hot, one of the first sex scenes to debut in 2021 is definitely for you. When Pinky (Priyanka Chopra Jonas) and her husband Ashok (Rajkummar Rao) start hooking up in the backseat of their taxi cab in White Tiger, their driver, Balram (Adarsh Gourav) watches from the rearview mirror until Ashok puts a stop to things. Unfortunately, the situation quickly goes from hot to horrifying, but for a few brief moments, it was almost a voyeur's dream come true. The film was released on Jan. 13, and you can watch it on Netflix whenever you're in the mood for something twisted.

There's just something about love triangles that makes onscreen romances sizzle, as exemplified in Johnny (Ben Lawson) and Tully's (Katherine Heigl) hook-up during Episode 7 of Netflix's Firefly Lane, which premiered on Feb. 3. Even though Tully's best friend Kate (Sarah Chalke) secretly loved Johnny, fans could feel the sexual tension between Tully and Johnny from Day 1. The fact that their connection is later totally taboo because Johnny and Kate get married makes it that much hotter.

Riverdale has never shied away from soapy sex scenes, but Archie and Betty's shower hook-up was definitely one of the steamiest to date. After five seasons of sexual tension, the pair finally had sex during the Feb. 17 episode, making Barchie fans everywhere rejoice. While at first it seemed like their tryst was a one-time thing, Episode 6 proved that wasn't the case when they hooked up again in the back of a car, reminiscent of Archie's Season 1 fling with Mrs Grundy. Head to The CW's website or app to see Barchie's sexy scenes.

There are plenty of sex scenes to chose from in the limited series, Behind Her Eyes, which dropped on Netflix on Feb. 17. Easily one of the most talked about trysts involves married psychiatrist David (Tom Bateman) and his co-worker Louise (Simona Brown) hooking up in his office. After handling a difficult patient together, the two retreat behind closed doors for a drink and things quickly escalate, ushering them into a full-on affair.

More like this
Is Netflix Making A 'To All The Boys' Spinoff Series About Kitty? Here's The Tea
By Rachel Varina
Kyla-Drew On 'Dad Stop Embarrassing Me!', College Life, & Michelle Obama
By Dylan Kickham
'Elite's Season 4 Release Date Teaser Introduces The New Cast Members
By Abby Monteil
Stay up to date