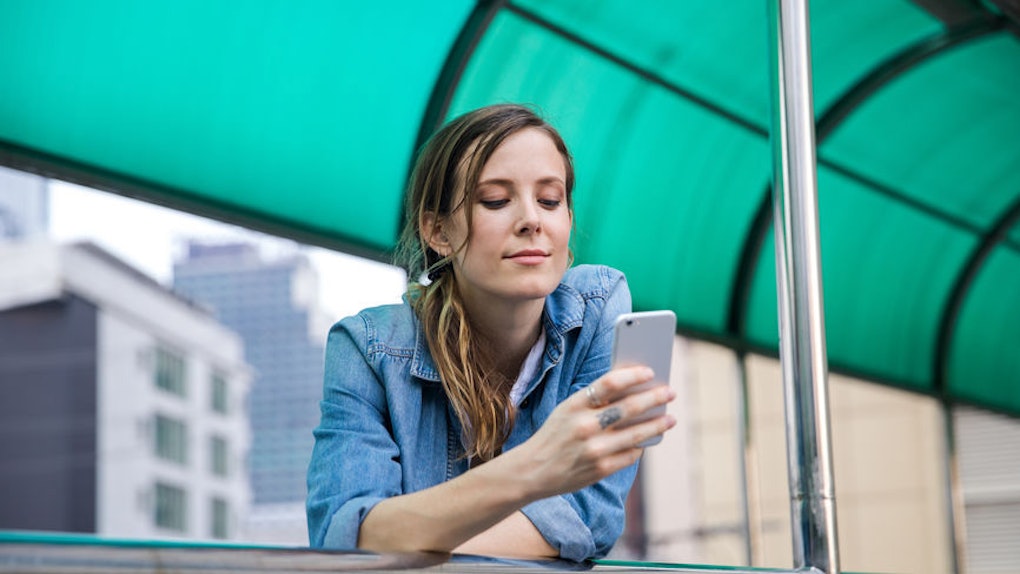 Getting romantically involved with someone can go one of three ways. In the first way, you both like each other equally and life is dandy. In the second way, they like you more than you like them and it's awkward. Finally, in the third, you're the one who likes them more than they like you but, of course, since you're not a mind reader you're left feverishly searching for clues as to whether or not they feel the same way. Luckily, I'm here to help with these signs someone isn't interested in you straight from real women on Reddit’s AskWomen who’ve been there.

OK, before we get into it, let’s quickly weigh the pros and cons of learning these signs. First and foremost, yes, I do think it’s important to be tuned into and aware of the signs that someone isn’t interested in you. Why? Because, well, it saves you time. Wouldn’t you want to be in the loop sooner rather than later that someone wasn’t as into you as you were into them so that you could move on with your life? I know I would. But, on the other hand, I also think it’s important to take these signs with a grain of salt. If we become too invested in trying to search for signs someone doesn’t like us, we might overlook some of the signs that they do like us.

They tell you they're not into you.

I don't send out hints. I tell people when I don't want to speak.

I feel like you shouldn't have to seek out hints. You aren't a passive supportive character in your life. Are you interested in the conversation? Continue until told otherwise. Are you unsure of their intentions? Ask. If you're not enjoying the conversation, poking it with a stick until it moves isn't going to entertain you.

We make things too scary for ourselves, especially since there are no guidelines. Tons of people, like myself, don't enjoy conversations unless they're* in person or on a video call. Or maybe, also like me, they only reply when they feel they have substance behind their words and will go days between replies but feel just as enthusiastic about the person. Tons of people cannot convey their personalities through text. You lose a lot of the person behind the words through the medium.

Be direct on both sides, don't just assume or leave others to assume.

They tell you they just want to be friends.

I actually genuinely liked the guy but it just wasn't a romantic connection. So I said, "I'd love to hang out again as friends if that's something you're up for" ... turned out pretty well!

They tell you they're not feeling the connection.

A slow fade is still pretty shitty. I just let them know that I'm not feeling the connection and wish them the best. Nice guys will say they understand or not respond. NiceGuys™ will usually have a fit, but at that point you're not ghosting when you stop responding. Sometimes they'll ask questions or need a little bit of a discussion to get some closure, which I'm fine with.

They respond to your texts with just a thumbs up emoji.

Or the "OK" symbol emoji.

I've always been one for the "OK" symbol emoji.

They send you d*ck pics from the internet.

I flat out told a guy I was no longer interested and he kept texting me, so I sent him d*ck pics from the internet.

They tell you what they're looking for and you don't quite match up.

I've been texting this guy, and he keeps responding or starting with really short messages, today I sent him this: "I know, right? It's tough to make connections, and I do actually want someone who can hang out and hold up their side of a conversation"

His response was just "I get it"

They give you a blatantly platonic nickname.

They tell you they're going on a date... with someone who's not you.

I’ll talk to you later, I’m going on a date now

They hit you with the classic "k."

They wait forever to send you a one-word response.

Sending 1 word replies some excessive amount of time after a text is sent, or saying I have to go do something else now.

One word answers that are few and far between are a sign that at the very least, I'm not interested in the conversation right then.

They tell you they'll text you "later" and never follow through.

Clearly being direct is better than ghosting/hinting, but sometimes it doesn’t always work even though it should. I usually just ignore their last text for about an hour or two, then send “I’m really busy, maybe I’ll text you if I have any time.” Don’t include “I’ll text you later/tomorrow” because then they are expecting you to and will usually text you at the time they were expecting you to text them. Don’t ever text first, take a long time to respond. If they text you asking if you got their message after you haven’t responded in a while just tell them yes, you saw it, but were busy and didn’t feel the need to respond. If they don’t take your hints, then it’s time to just say hey, I don’t think we have much in common and shouldn’t talk anymore. Then try to include something nice, that way it doesn’t feel like so much of a confrontation, but they still understand that it’s a rejection.

They only give you short one-word responses.

They tell you they're running an errand that's been impossible to run since 2007.

"I have to return some videotapes."

My best piece of advice here? If you really have to wonder whether or not someone is interested, it's probably time to move on.

This article was originally published on May 30, 2018

More like this
Here's Why Someone Cheats On Their Partner, Based On Their Zodiac Sign
By Danielle Sinay
8 Reasons Fire Signs Make Amazing Partners
By Rachel Shatto
The Ugly Truth: If You Cheat On Someone, You Do Not Love That Person
By Gigi Engle
Stay up to date