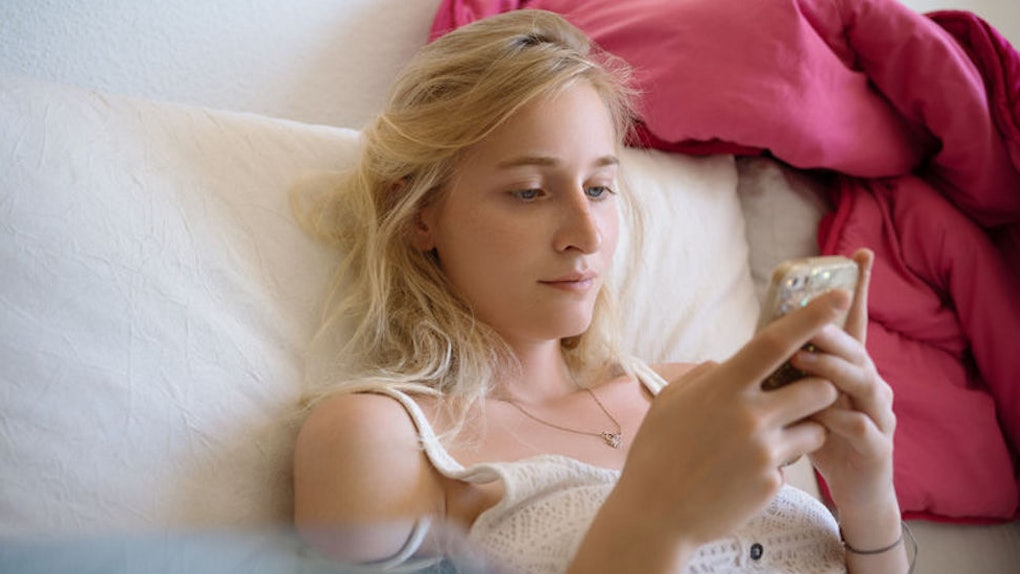 5 Signs You Can Spot From Texting That They're About To Ghost, According To Experts

Dating in the modern age has a lot of advantages. From being able to weed out potential suitors with the swipe of a finger, to the ease of constant communication, it's mostly pretty great. But one of the worst parts? Ghosting. In my humble opinion, it's one of the worst, most immature things anyone can do to another human. But, these signs that they're about to ghost, provided to you by actual experts, might be able to help you stop a ghost in its tracks, or at least see it coming.

The thing is, ghosting has become so common because people just don't value commitments to others as much, and don't think they owe anyone else anything. Obviously, you're not going to marry every person you date, or even fall in love with them, but still, a little consideration goes a long way.

So, if you're with someone, and you're a little worried that they're about to ghost you, then how can you know for sure? Well, most couples' main way to communicate is through texting, so by taking a close look at how your partner texts you (or doesn't text you), it can become obvious that they've got ghosting on the brain.

Usually, when you start dating someone new, it's exciting! You're nervous, there's butterflies, and you're just always excited to see them. But if someone is probably going to ghost you, then they'll definitely give off some vibes that you should watch out for. According to life coach Nina Rubin, one of the biggest indicators that someone is going to ghost is that they aren't wanting to make plans.

A sign someone is about to ghost you is that they're "becoming squirmy when talking about making future plans," especially over text, Rubin tells Elite Daily.

So if they're ignoring your texts about making plans or glossing over your ideas, then they might be wanting to ghost.

2. They don't respond to you for long periods of time.

I get it, OK? People are busy. You can't always expect a response in two minutes or less. People have jobs, and families, and friends, and hobbies. You won't always get an immediate response. But, if you're dating someone and they're taking their sweet time to respond, it might be an issue. At least, that's what Rubin says.

"Long lapses can mean someone isn’t interested," she says. And while that could also just be about "their lifestyle or schedule," there's definitely a line. If you know that they aren't busy and they're not texting you back, then that could just be a sign of what's to come.

3. Their general tone will just be *off*.

Obviously, texting is a main form of communication for most people. And again, while everyone has different texting styles, that doesn't mean that it's really ever OK for someone to ignore you. According to Dr. Nikki Goldstein, a sexologist and relationship expert, someone who is about to ghost you will probably give off a pretty distant vibe.

"Some people have a short manner but it's quite easy to spot when someone's text shows a lack of interest," Goldstein tells Elite Daily. "It could be anything from the time it takes for them to reply, the word count, lack of enthusiasm and playfulness and questions in return. We all know what it's like to see someone disinterested in us, it's just a matter sometimes of acknowledging it's there."

So look closely. Are they flirting over text? Does it seem like they're genuinely having fun texting you? If not, then they may be ready to ghost you.

Another pretty clear sign that someone is about to ghost you is that their texting habits are sporadic. Specifically, according to Grant H. Brenner, MD, psychiatrist and cofounder of Neighborhood Psychiatry, people may pick and choose which parts of your message to respond to.

"If someone responds to some questions and not others, look at which questions they skip," Brenner tells Elite Daily. "It's pretty common for people to respond selectively to email or text questions, and seem to totally ignore important ones and just answer the ones they want to. That also suggests that when it comes time to deal with relationship issues, they may ghost."

Last, but certainly not least, you should remember that it can be easier to text than talk in person. So someone might be texting you a lot, but that doesn't mean they won't ghost. "And if someone has been texting but just not showing interest, their lack of interest texts could be because they are not sure or too scared to say what they really mean," Goldstein said. "Hence why the next step might be ghosting."

So, maybe they're all about texting you, but when it comes to making actual plans or being super flirty, they're distant. Pay attention to what's going on when you text them, and if you notice any of these signs, be prepared to realize that you may be talking to a ghost, and they might very well soon disappear.