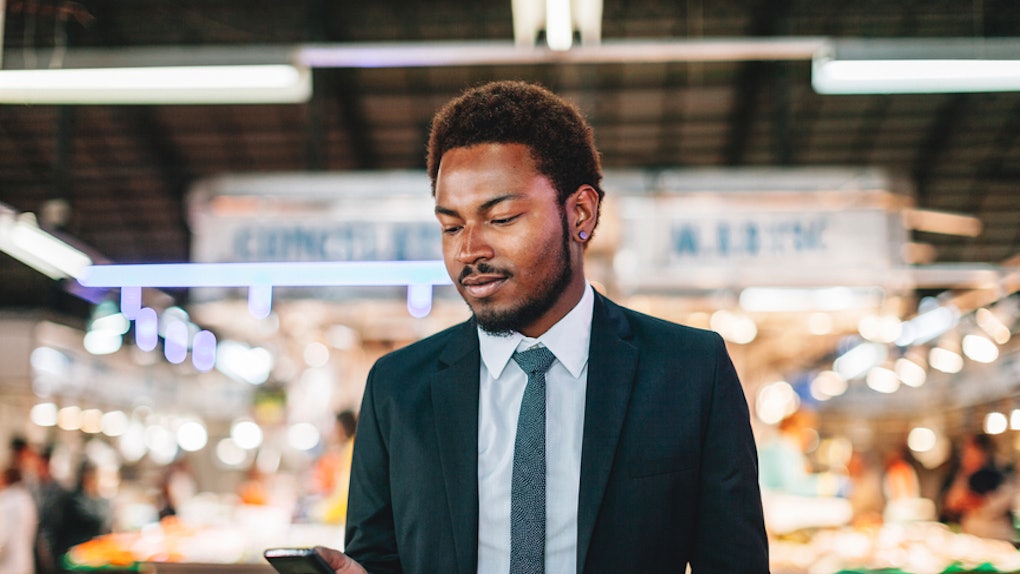 Does Waiting To Text Someone Back Make Them Want You More? Guys Reveal The Truth

Anyone who says they don't play the texting game is lying. You know the one. It's when you're texting with someone you're interested in but one or both people are waiting to text back after a few minutes or hours instead of replying immediately. It's a tactical game of waiting to text someone back that keeps you on your toes.

In a dating world plagued with ghosting and zombieing, it’s not surprising people have built up their defenses to prevent getting hurt. It’s even less surprising that not texting back right away is one of the ways they do that. Joshua Klapow, Ph.D, a clinical psychologist and host of The Kurre and Klapow Show, tells Elite Daily, “There is the perception that responding too quickly shows too much interest, too much 'desperation,' and too much need. Waiting conveys that you have other activities that are more pressing.” He continues, “This is truly a game and we never really know why someone waits to text back unless they tell us why they waited.”

It sucks to be the one waiting around for a text back, especially if you’re genuinely interested in someone. Waiting means you have too much time to think about all the possible reasons they might be temporarily ghosting you. Should you be worried when you haven’t heard back in some time? Klapow says, “It's all about patterns and circumstances. Is this a person who always takes a long time to respond? Do they typically go hours [or] days without a response? … A person who takes days to respond is a person who either doesn’t care enough about your message, is disorganized, or has so much going on that even instant communication isn’t possible with them.”

But what does it look like on the other end? Does the person you’re texting care about how long it takes you to text back? These responses might give a little insight.

Did they read it? Are they okay? They must think I'm bugging them too much. I should go do something else. Wait. Was that my phone? Nope. Okay. It's going to be okay. OH! THREE DOTS. THEY'RE TYPING. HIT SEND. ARE YOU WRITING ME A NOVEL?! WHAT. WHY DID THE DOTS DISAPPEAR. Did you drop your phone in the toilet?

Waiting to get a text back from the person you’re interested in is a big deal to some. According to Dr. LeslieBeth Wish, nationally honored psychotherapist and author of the new book Training Your Love Intuition, “there aren't any little questions at all when it comes to dating and relating." In fact, it's understandable to fear not wanting to appear too desperate, or not wanting to give off the wrong impression of what physical intimacy you're ready for, or not wanting the other person think you're not interested in getting together, she says. "This [texting] dilemma ... is an important communication decision about you, your feelings and situation, and respect for the other person.”

Not everyone cares that much, though.

I usually forget about it until my phone dings with a response.

It could just be that the person you’re texting is busy. Dating coach and relationship expert James Preece previously told Elite Daily, "Don't rush to conclusions if this is the first time it's happened. People do get busy and life can get in the way. Some people are just talkers rather than texters.”

Every person has a different idea about what’s normal.

I personally think she’s either busy or doesn’t want to seem to eager to reply. I have a friend who always thinks this means the girl's not interested in him, though. Meanwhile, I’m too focused on what her response will be as opposed to when it’ll be.

A “normal” reaction really depends on the person who’s waiting on the text, not to mention the person who is sending (or not sending) the text to begin with. According to Wish, “Yes, there are emergencies, but for most people, the response comes within a day or two.” She says, “Use your judgment. You might even know that this person is going through tough times ... Not hearing back right away is not always about you.”

For others, it’s about the type of conversation.

I really don't like long drawn out conversations through text. If we're making plans, I'll respond immediately. If a girl likes to text me all day, I'll take my sweet time replying so that we never run out of things to talk about and I can still do things besides type on my phone all day.

Some people read too far into their texts.

Depending on the person, I'll criticise every word as being the reason they haven't responded yet.

Waiting forever just isn’t fair to yourself, so if you need to reach back out, don’t feel bad about doing so. Wish says, “Text the person after a day or two and say something such as: ‘Are you OK? I worry when I don't hear back from friends. I hope I somehow did not upset you. If all is OK, just text me a quick emoji.’” That way you’re not putting too much pressure on either party.

It might not be about how long it takes to text back, what matters is that you answer eventually.

I don't think about it at all. I don't really care as long as she replies eventually.

Some people think a late reply means you’re not interested.

I pay attention to when a girl replies because too long and without a reason just feels like she's not into it.

Preece previously told Elite Daily, "It's common to wait a period of time to reply in order to give the impression they are in demand and so, they don't come across as being too keen. The problem is when the other person takes equally as long to respond. This leads to a very stilted conversation that risks both parties losing interest." Keep that in mind next time you’re waiting to send a response.

This article was originally published on April 19, 2018

More like this
If Your Date Cancels At The Last Minute, Here Are 20 Lines You Can Use
By Corinne Sullivan
Getting Over Your Anger At An Ex Is Hard, But Not Impossible
By Caroline Colvin
4 Zodiac Signs Who Love When You Play Hard To Get
By Caroline Colvin
Stay up to date