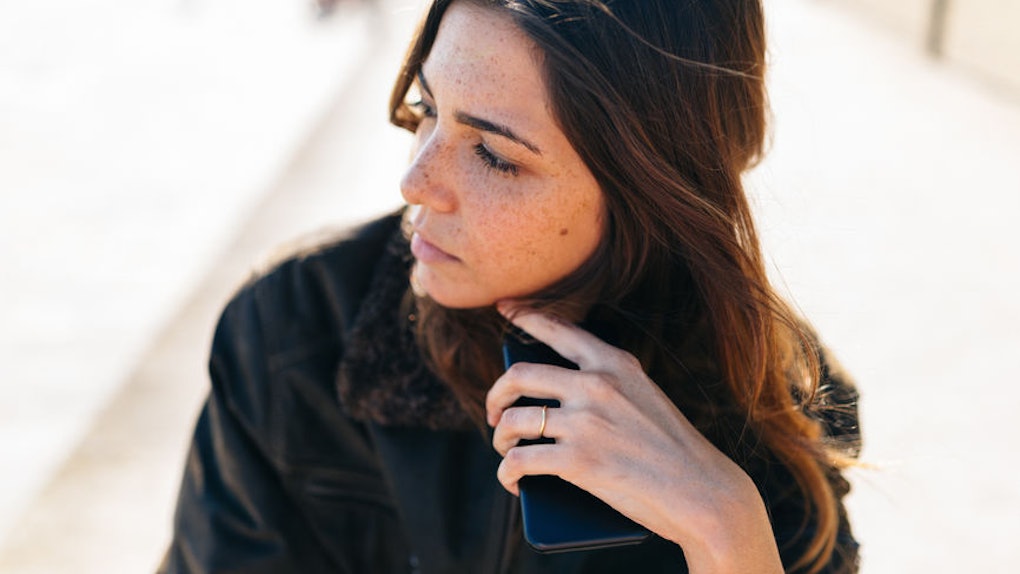 8 People Reveal The Real Reasons They Ghosted, & It Makes So Much Sense

If you’re currently putting yourself out there, chances are you've either been ghosted, or you've ghosted someone else. I know I've certainly been on both ends of the spectrum. When I did the ghosting, I always felt like there was a good reason. They had done or said something that made it clear that my best way forward was to serve full-on, puff of smoke realness. And yet, when it happened to me, I felt like there was no reason at all. One minute, all was well, and the next... Casper! So when people reveal the real reasons they ghosted on Reddit, well, I am all ears. My thinking is that maybe, by knowing why other folks decided to pull a disappearing act, I could retrace some steps and perhaps figure out where I went wrong.

Self reflection, folks. Not fun, but very necessary.

So, what are some of the reasons people decided to just cut off communication? Well, some of them were exactly as you'd expect and may have even experienced first-hand. But there are also some reasons that surprised me and made me realize my dating history maybe isn't so bad after all. Here's why these people decided to ghost someone, and TBH, I don't blame them.

Their date was rude AF.

We went out for dinner. I ordered the ribs and ate all of them. The next day he was asking weird questions about what my family members' bodies looked like and eventually said "I've never seen a girl eat like that, I'm surprised you're not fat, but you'll probably get there even though it's not in your genes." Automatic ghost byyyyyye. I am just happy I got some ribs out of the ordeal.

Because not everyone can handle the truth.

When I was younger I used to ghost but now I don't. Recently I told a guy I didn't see us working out and his response was "Wow could you be any more blunt"... I was like "um how else was I supposed to put it? Would you prefer I ghost you" and he said "no, but you could've been nicer about it." ...

Cat-fishing is a great way to get ghosted.

I got catfished. When he showed up there were some pretty dramatic differences between himself and his pics. I felt kinda bad about ghosting, but he'd been too dishonest for me to want to have any more to do with him.

When being direct is a waste of time and energy, you have no choice but to ghost.

Because he is a slippery, deceitful, and glib compulsive liar, so discussing the problem with him would not have resulted in any insight or intention to change on his behalf. He would have simply lied and squirmed out of responsibility, and then repeated the behaviour next time he got a chance. I just needed to get rid of him.

Flakiness can get you ghosted.

She was attractive and nice, but the flakiness was surreal. Maybe three or four times in a row she reached out to me to hangout, but would go silent as soon as I replied saying I was down to go out. I don't even know if it counts as full on ghosting as much as just reflecting her behavior, but eventually I just stopped responding.

When they are dangerous, ghosting is totally acceptable.

I had to ghost the girl i was dating before i met my wife. Total psychopath. I don't mean it as a "lol girls r emotional". I tried to break it off and she pulled a knife on me. So as soon as I assured her we could make it work and we were alright I left and never came back. She then started calling me non-stop after I had been ignoring her texts all day. I finally caved at around 10pm and answered the phone. She said she was walking to my house, (she didn't have a car, and we lived 15 miles apart). I attempted to tell her it was 100 percent over, especially after threatening me. She begins screaming incoherently for about a minute straight, and just due to the lunacy of it all I bust out in hysterical laughter and then notice she goes silent. I then said. Have a nice life, bye. Turned my phone off and went to bed.

She got picked up by the cops about 5 minutes after I hung up, apparently she started screaming again and they were called.

But mostly it was because folks refused to read the room.

Because I told them and they didn't take the hint. They literally still try every now and again.

He was creepy, annoying, socially inappropriate, wouldn't respect boundaries. It was partially my fault. It started with us kissing while I was drunk at a party. He apparently took that to mean that we were instant life partners. I explained to him the next day that I was drunk and it didn't mean anything but we could still be friends... and then the stalkerish behavior started... Showing up at my place at random, odd hours, constantly wanting to know my schedule, where I'll be and what I'll be doing, etc. It got to the point where my landlady at the time allowed me to park my car in her barn so he wouldn't know I was home. My roomies also started warning me if they saw him coming down the driveway so I could tear out the back door into the woods to hide from him. He finally got the point and backed off when he learned that I was somehow never home.

Listen, I know it never feels amazing to be ghosted, but sometimes things just aren’t meant to be. The best thing you can do when it happens is to stop and do some self reflection. Is it possible that you did any of the above? If so, then it’s time for some course correction. If not, well, then they just weren’t the right one for you. Hang in there, it’s just a matter of time until you find someone who won’t ghost, but will appreciate you for exactly who you are.