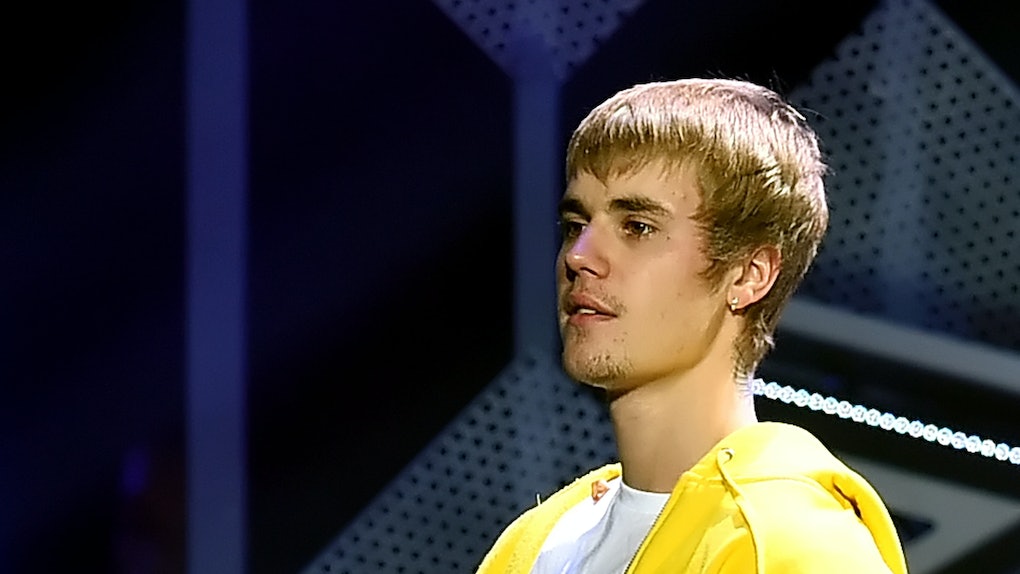 Where Is Justin Bieber At The 2017 AMAs? The Singer Skipped The Show

The American Music Awards are here, and it's a fantastic event to do a little star-searching. Big names like Selena Gomez and Khalid made an appearance, so it was an overall great award pre-show to watch. However, there is one singer who seldom makes an appearance on this red carpet. Where is Justin Bieber at the 2017 AMAs? The "What Do You Mean" singer is absent, but it comes as no surprise.

Another American Music Awards has come without Bieber in attendance. Womp, womp. As far as red carpets go, this one has never been top priority to the Biebs. In 2016, he did not attend because he was in Europe, and the singer hasn't spoken on his absence this year. His social media accounts also remained quiet.

Fans were hoping Bieber would attend the event amidst all the Jelena gossip. I was hoping maybe Justin and Selena would go together? Maybe show a little red carpet PDA? MAYBE ADMIT THEIR LOVE FOR EACH OTHER? Am I asking too much? Yes, yes I am.

Reports started flooding in on Nov. 2 that Justin and Selena were officially back together. Even though this news has not been confirmed by Gomez nor Bieber, there is no denying the two have been spending a lot of time together.

According to a source from Us Weekly, Bieber was pursuing the "Wolves" singer and texting her "nonstop." Ugh, it must be SO annoying to have the Biebs texting you all the time. *Silently sobs.*

The pair broke up three years ago, but have been seen spending time together at Gomez's Los Angeles home and have been photographed drinking iced coffee, riding bikes, and even *gasp* kissing at a hockey game.

Their relationship is looking suspiciously exclusive. The Us Weekly source said,

They realized it was time to grow past their history and move on. They’ve grown up a lot in the past couple of years and are mature about the situation.

Elite Daily reached out to both Selena Gomez and Justin Bieber's teams, but did hear back by the time of publication.

The first romance rumors about Gomez and Bieber began in 2009 after Justin Bieber sang his hit "One Less Lonely Girl" (throwback you need to listen to immediately) on Dick Clark's New Years Rockin' Eve with Gomez on stage. They had such a strong vibe that romance rumors flying.

The two were on-and-off until sometime in 2015, when they officially called it quits. Bieber admitted in an interview with Complex that he felt he lost himself and his identity in Gomez, which is what led to their ultimate split. This interview took place following Bieber's multiple spats with the law — he was famously arrested for a DUI in Miami back in 2014. In that same interview, he stated that he wanted to clean up his act and live "like Jesus."

Now, Bieber is a very active member of Hillsong Church and is very close with his pastor Carl Lentz. After a few years of soul-searching, Bieber seems to be in a really happy and healthy place — which means he could possibly be ready to rekindle an old flame.

According to a different Us Weekly report, Bieber reached out to check in with Gomez after her kidney transplant surgery. At first, the relationship was reportedly strictly platonic, then it evolved into something more. The Weeknd was reportedly (in hindsight, rightfully) not happy about it. “He trusted Selena, but he really didn’t trust Justin," the source told the publication.

Oct. 30 was when news broke that Gomez and The Weeknd called it quits after 10 months of dating. One insider from People claimed it was the attention and travel that both of their independent careers demanded that caused the drama.

Long story short, Bieber and Gomez are both reportedly single AT THE SAME TIME. This must be some sot of crazy fate. Will Jelena get back together? It may be too soon to tell — they haven't even made an AMA appearance together.