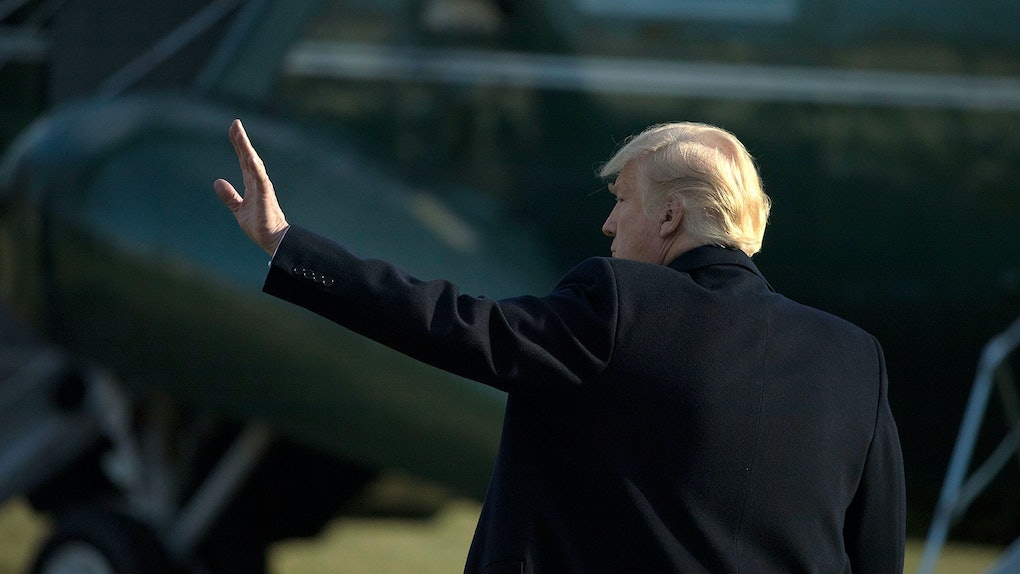 These 9 Things Still Happening In 2018 Are Completely Ridiculous

While 2017 brought our world an ample amount of shame — socially and politically — many of us are craving salvation on a whole new level in the new year. But since the new year won't magically poof our problems away, it's important to look at what specifically needs to change. Between outdated societal standards and unicorn-flavored everything, it's time that we actually try to start moving forward in our seemingly stagnant society. As we leave 2017 behind and welcome the new year, here are nine ridiculous things that are still happening in 2018, which we wish we could just leave behind, once and for all.

1. Sexual harassment is still so common in every single type of workplace.

Whether your workplace falls within the entertainment industry, the fast food industry, or even politics, victims of sexual harassment are just starting to come out publicly about their traumatic experiences — and we definitely haven't heard the last of them. Beyond the several allegations in Hollywood and in the government, I bet there are still so many people in workplaces everywhere who are too scared or embarrassed to stand up against their colleagues about a major lingering problem.

Did anyone notice how the headline revolving around Flint somewhat disappeared from the front page news without a trace? Although initial publicity urged people to help and donate, Michigan's endangered city is still greatly in need of clean water. The fact that this is still a problem is pretty unbelievable.

What went from only showing "skinny" as the "desirable figure," has escalated to companies actually photoshopping stretch marks on models because it's "trendy." The fact that we can't just show and see bodies just how they are —without Photoshop or model exclusivity — is honestly unreal. It has been negatively influencing body images everywhere for far too long.

4. Sexism and the gender pay gap is still so real...

You probably heard that Catt Sadler is leaving E! News since her male co-anchor, Jason Kennedy, was reportedly getting paid double her salary. Unfortunately, situations like this happen all the freaking time. According to the American Association of University Women (AAUW), women working full-time in 2016 were paid just 80 percent as much as men. The staggering difference in the wage gap today is unfortunately still so prevalent, and something really needs to be done about it.

Between our POTUS proposing a beyond-ridiculous transgender military ban, as well as absurd billboards of what make "real men" and "real women," it's honestly mind-boggling that people still have set ideas revolving around gender. Even gender neutral bathrooms are still a rarity. Although 2018 definitely won't bring total gender neutrality and end gender bias, we're hoping things start to look up from here.

6. Racism is a never-ending plague and it's truly sickening.

As we know from what seems like endless horrifying incidents, racism is a nasty and unshakable constant in our world. From the appalling happenings in Charlottesville earlier this year, to the detestable acts of hate occurring on university campuses everywhere, the prevalence of racial bias in the U.S. is seriously jaw-dropping. With too many victims to racism, as well as serious recurring issues, it's astonishing how much hate continues to torment our society.

On a lighter note...

7. Every food imaginable comes in a unicorn flavor.

From unicorn Frappuccinos to unicorn pizza (yes, you did heard that correctly), making everything rainbow and unicorn flavored is super trendy and will probably trickle into the new year. Ah well, I guess that isn't so bad.

If the Peeps pizza didn't totally ruin your appetite, then maybe the candy cane pizza did. None of us are entirely sure why this trend ever started, but like, we hope this overly-festive disrespect to pizza everywhere eventually subsides by 2019, at the latest.

Whether you like it or not, denim mini skirts are back in style for years to come. Remember the one you wore on the first day of eighth grade? Yup, pull that back out of your storage closet, because that one is totally "in." So even though it was brought back from like, 11 years ago, none of us are totally sure about how we feel about its latest return from the dead.