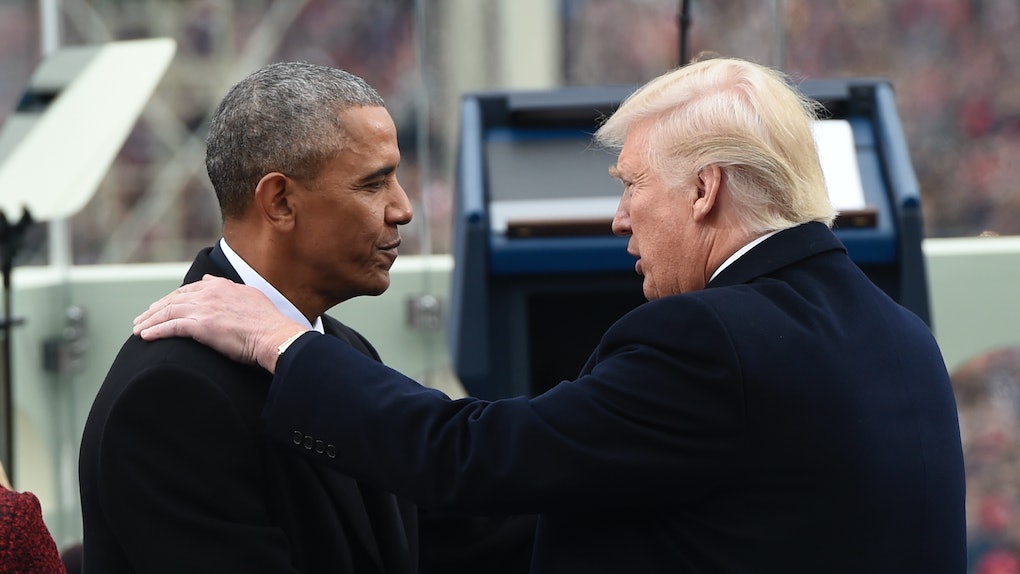 A cloud of controversy is hovering over the White House again. After the president admitted to reimbursing his lawyer for a payment used to reach a nondisclosure agreement with Stormy Daniels — asserting that the agreement was made to prevent extortion — the White House is once more dealing with media questions about its latest scandal. This latest episode of the Daniels saga highlights the contrast in the amount of controversies of the Trump administration versus the controversies of the Obama era. Trump's White House has been the subject of many more scandalous reports than his predecessor's, despite Trump having only been in office for less than two years.

Obama's administration did not pass without controversy, either, despite the fact his chief of staff and supporters insist he had a scandal-free White House. The Benghazi probe, for example, inspired the most outrage. In September 2012, a U.S. ambassador and three colleagues were killed in Libya. House Republicans investigated the event, arguing that the Obama administration's negligence led to their deaths. The investigation lasted two years and did not result in smoking-gun revelation about President Obama or former Secretary of State Hillary Clinton.

The Obama administration also had something that the Trump White House doesn't, in terms of an ongoing controversial storyline: scrutiny related to the president's use of war power. During his administration, President Obama routinely authorized drone strikes in the name of counterterrorism. Those drone strikes were criticized for a lack of transparency, with the Obama administration not releasing statistics behind the strikes for much of his tenure. The administration also carried out the strikes in countries where the United States was not officially engaged in war. Those facts made Obama's drone campaign so controversial that they were widely criticized by the opinion pages of liberal outlets like The Guardian and Vox.

At times, there were controversies that involved both Obama and Trump as the same time.

For instance, in March 2017, Trump sent the news cycle into overdrive when he accused the Obama administration of allegedly wiretapping his phones. (Trump's Justice Department would later say that there is no evidence to back up the claim.)

That Trump would state the claim was not much of a shock, however, as it followed a pattern of the president spewing conspiracy theories. His most famous conspiracy theory amounted to one of the more controversial stories of the Obama administration: a suggestion by some Republican politicians and media personalities that Obama was not born in the United States.

Trump was undoubtedly the most famous of "birthers."

Trump controversies aren't all about flimsy claims, though. Before he took the oath of office, CNN reported that President-elect Trump and then-President Barack Obama — among other U.S. officials — were alerted about the existence of a dossier that claimed Russian operatives had compromising information about Trump. CNN also reported that many details in the "Russia dossier" were not verified by the FBI, and Trump has gone further and called the dossier "phony."

The controversies didn't stop there. The following month, Trump's national security advisor Michael Flynn resigned, and by the end of the year, Flynn plead guilty to lying to the FBI about his contacts with Russians. Both the dossier and Flynn's resignation are two aspects of what has been the biggest scandal of Trump's administration: the constant stream of reports linking his campaign to Russia.

By spring 2017, there was an FBI investigation into potential ties between the Trump campaign and Russian efforts to influence the 2016 election. Nine days into May, Trump fired the man leading that investigation, former FBI Director James Comey.

The firing of Comey prompted "obstruction of justice" to become part of the mainstream news conversation, especially after Trump appeared to indicate during an interview with NBC News that the firing of Comey was related to the Russia investigation. Then, Comey himself shared stories about Trump asking for "loyalty." Former FBI Director Robert Mueller was appointed as special counsel to pick up where Comey left off.

Mueller's investigation has continued into 2018. In April, it was reported that the special counsel referred FBI officials in New York to Trump's longtime personal lawyer, Michael Cohen. The FBI raided Cohen's office in Manhattan and the Department of Justice later revealed that Cohen is under criminal investigation.

Meanwhile, Cohen was involved in a more salacious controversy. In January, The Wall Street Journal reported that — shortly before the 2016 election — Cohen had allegedly paid adult film star Stormy Daniels $130,000 to keep quiet about an alleged affair. Trump has repeatedly said that the affair didn't take place. A month later, Cohen admitted to making the payment, while maintaining it had nothing to do with the Trump campaign. Three months after the Cohen admission, Trump admitted he reimbursed Cohen for the payment.

"The agreement was used to stop the false and extortionist accusations made by her about an affair," the president tweeted. In writing, he would later acknowledge the payment as legal "expenses."

During that same period of time, The New Yorker published a story about an alleged affair between Trump and Karen McDougal, a former Playboy model. Trump has denied that an affair took place with McDougal as well, but her story and Daniels' have amounted to a scandal reminiscent of how stories of alleged infidelity rocked former President Bill Clinton's White House.

Then there's what you might consider "mini controversies," which both the Obama and Trump administrations have both experienced. For instance, there was the time that President Obama saluted a Marine with a coffee cup in his hand, a fact that drew criticism. Then there was the time Obama wore a tan suit to a press conference, causing an internet freakout.

Trump's tenure has had these types of mini controversies as well. Not least among them are the closeups of what appears to be first lady Melania Trump swatting away his hand on multiple occasions.

Another controversial aspect about Trump's presidency is his constant attacks on the media. But for all the negative rhetoric towards news outlets, the Obama administration had much more of a tangible controversy in relation to the media, and it was generally regarded as lacking transparency. In 2013, the Eric Holder-led Department of Justice secretly obtained phone records of the Associated Press in what the AP's chief executive labelled a "massive and unprecedented intrusion."

Outside of the stories of alleged affairs and Russia, there have been numerous scandals primarily related to the conduct of Trump cabinet members.

Trump's first Health Secretary, Tom Price, resigned in September 2017 after it was found that he used hundreds of dollars in taxpayer money for chartered flights. In February, former White House staffer Rob Porter resigned after allegations of domestic abuse from two ex-wives (Porter denied those allegations). Then there's EPA chief Scott Pruitt, who has his own list of controversies. Each of those stories comes with their own round of questions about the administration.

Like Trump's, Obama's presidency saw controversies at agencies within the administration. Eric Shinseki, Obama's secretary for Veterans Affairs, resigned over a scandal about the wait-times for veterans seeking treatment. The Washington Post's fact checker also deemed that Obama was "misleading" the public claiming that many people were held accountable for the scandal.

Then there's the Hillary Clinton email saga, which certainly would have been even more controversial for Obama's presidency had The New York Times broke news about Clinton's emails while she was serving as Secretary of State, and not after.

Still, in comparing scandals between the two administrations, there's two clear differences: Trump's administration simply has had many more, and in a much shorter span of time. Plus, Trump doesn't have the benefit of claiming the end of any investigation has cleared his name, or his campaign's.

That may be the case one day, but we're not there yet.