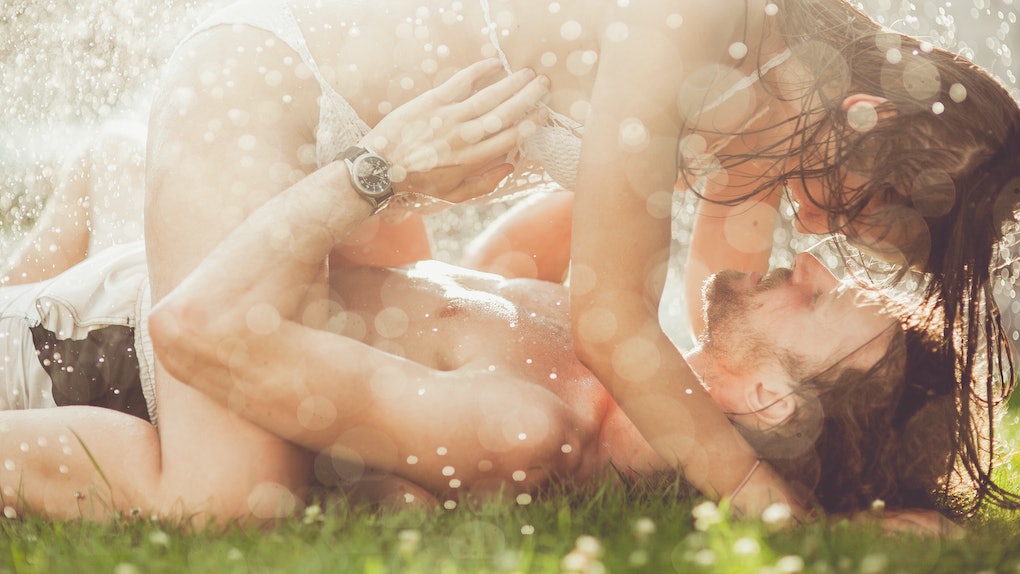 The Top 10 Places To Have Sex In Public, According To Science

You ready to find out what they are? OK, here we go, people.

Coming in at last place, we have sex in the workplace, with only 1.4 percent of people agreeing that it's the public place they'd want to have sex in. Maybe it's not that popular because people are afraid of getting fired? IDK, just a thought.

Slightly above having sex at work is having sex on a balcony, coming in at ninth place with 1.6 percent. I'm going to go ahead and credit the lack of popularity with this one to the fear of falling off the balcony and, you know, dying.

At eighth place, we have 1.8 percent of the respondents admitting to having sex in a swimming pool. I think of swimming pool sex as shower sex on steroids, so I'm going to go ahead and pass on that.

Getting it on in a dressing room is another popular choice for people, putting it at seventh place with 2 percent of people agreeing they'd get it on in there. Honestly, I think this one is a genius option. You get the thrill of being technically in public with the comfort of being basically in private.

Right above the dressing room at sixth place, we have getting it on somewhere on campus, like in a library or something. A little over 2 percent (2.4 percent of respondents, to be exact) agreed this is a great place to get it on. And clearly, that explains all the people boinking in the library stacks at my college.

All right, people, we're at the halfway point! So many public places to boink! At fifth place, 2.6 percent of people agreed sex at the movies is a prime spot. I've had a friend who's done this and highly recommends it, so use that for whatever it's worth, I guess.

Almost 6 percent of people (5.6 percent) agreed having sex in a public bathroom is a dream come true, leaving that at fourth place. For me, I think it depends on the bathroom. The bathroom at The Ritz? Sign me up! The bathroom at the dive bar? No, thanks.

At third place, 12.7 percent of people agree sex at the beach or ocean is where it's at. Yes, it's a romantic background but BEWARE OF SAND, PEOPLE. IT. GETS. EVERYWHERE.

Winning the silver medal at second place is having sex inside of a car, with 16.7 percent of people saying they'd do that. Having sex in a car provides the same level of privacy while still being in public that the dressing room does. Just be careful, though. For one thing, it's illegal in some places if your car is parked in a public area, and for another, it's such a tiny space, so it's easy to hit your head.

Finally, we're at first place! The gold medalist for the sex in public award is getting it on in some sort of public park. Over a quarter of respondents (26.1 percent) agreed it's a prime spot to sex it up.

The researchers also found that most people like to have sex in the evening, with 73 percent of people admitting that's their ideal time for sex. They also found that men and women are both equally likely to be aroused on their anniversaries. And the best prelude to sex? Men and women agree it's a massage. But when it's time to get it on, should the lights be on or off? Well, men were reportedly twice as likely as women are to want the lights on during sex. BOW CHICKA WOW WOW.

OK, enough turning you on. Time to go get FREAKY.