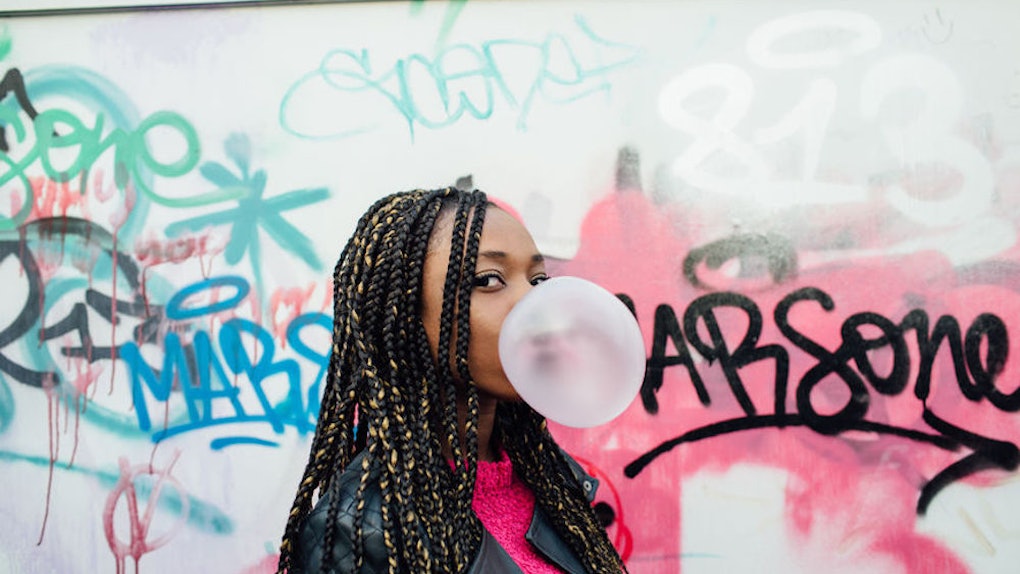 The Stages Of Growing Up In Your 20s, Because It's Really Bittersweet

You might not be sure when it happened, but you grew up. It wasn't something that happened overnight, like a meme going viral on Twitter. It feels like almost suddenly you stopped being a kid, and instead, you're adulting a bit more every day. You're paying rent checks and going grocery shopping. You've been to college, or landed your first job and are attempting to fit in at the office. It's been a whirlwind — and let's be honest, bittersweet. The stages of growing up in your 20s come with a lot of high and lows, but believe it or not, now you're grown.

Personally, I'm still making nuggets for dinner at least once a week and love animated movies way too much to be considered an adult. That's the criteria, right? I've learned the struggle of waking up early in the morning before work in order to spend some time with my cup of coffee. Even complaining about the nine to five life has been part of my routine. Truth is, it's all part of your 20s, just as much as hitting the bars for the first time and watching Food Network on a weekly basis with your roommates.

Despite the struggles, I wouldn't trade the experience for anything else. I've learned more about myself than ever before while living on my own, and figured out how to make new friends. These 10 stages will feel all too relatable, because you're growing up in your 20s.

1. You Head Out Into The World

First thing's first: Growing up in your 20s means heading out into the world. Maybe you're off to college, or moving out into your own apartment. You've put yourself out there by applying to jobs, or you're traveling to new places that feel a bit out of your comfort zone.

The world is your oyster, and picking a place to start can be exciting and overwhelming at the same time. You have dreams you want to follow, and cities you want to live in, if only for a year or two. Going to grad school or completely trying something new is an option, too. This is where life beings to feel extraordinary, and you feel lucky to be making the most of it.

2. You Ditch The Drama

When you're growing up in your 20s, you tend to leave a lot of things behind. That T-shirt you'd wear every day in high school because you thought it was so trendy is now in the back of your closet. But, the best thing you ditch is the drama.

Becoming an adult is bittersweet sometimes. During this stage, though, you've figured out there are so many worries that shouldn't see the time of day. Some people can still be pretty immature, and you'd rather spend your time being happy and carefree. Life comes with a lot of curveballs, there's no need to create anymore, am I right?

3. You Stop Having Certain Friends

Certain friends just don't make the cut when you're growing up. Maybe they were the ones starting all of that drama in the first place, or you've just headed your separate ways in the world. Either way, you've found yourself better off.

You realized that the petty friend was just making life so much more complicated, and you need people you can trust if you're ever going to turn those dreams into reality. You're so over following the crowd, and now know that quality is truly better than quantity. Odds are, you'll have so many different friend crews in this lifetime anyway.

The real struggle can be making all of those new friends, though. This stage can feel awkward, and kind of like kindergarten all over again. You're wondering how to land a work wife, and if the real world has lunch table cliques like high school. You want to befriend the people who are passionate about the same things as you, or at least find a buddy who will have some solid theories about The Bachelorette.

Finally, you have a coffee date with a girl who seems so cool. Let's be honest: You're nervous and planning your outfit like you're about to meet your soulmate. Things go well, and you get her phone number. Is it too soon to say you had a great time? Ugh, this is more stressful than actually dating!

5. You Learn How To Live On Your Own

Living on your own is probably one of the biggest stages of growing up in your 20s. You've sort of daydreamed about having your own apartment one day, and filling it with IKEA furniture. You'd become a regular at your local coffee shop, in total Friends-style, and befriend someone like Joey for your friend crew.

Being an adult in this way also means meal planning, building your first budget, and running errands on the weekends. You'll fill your space with succulents, but then need to remember to water them, too. Soon enough, you'll have a hang of it all and be relaxing with your loft-mates instead of stressing out about the real world.

Seriously, there are still dinosaur-shaped nuggets and tater tots in adult life. Growing up in your 20s means you get to be completely in control of every aspect of your life. From where you choose to work, to what you have for dinner, it's really all up to you for the most part.

You'll go on Pinterest and attempt to do some meal planning on Sundays so that you're prepared for a busy week at work. But, other days you'll put some nuggets into the oven or eat ramen like it's college all over again. That's OK, and this stage honestly puts adulting into perspective.

7. You Make Appointments All By Yourself

Oh boy, some of us really hate picking up the phone and making our own appointments. Back in the day, your mom would likely call and schedule your visit to the dentist or annual physical. She'd tell you the day and time, and you'd just have to make sure you showed up. But, one of the most crucial stages of growing up in your 20s has been getting on the line yourself and talking to the receptionist.

They ask about insurance cards, and send you forms to fill out. Slowly, you learn all of the answers to their questions. Phew, that's enough adulting for today.

8. ...And Get To Control Your Own Schedule

Getting to decide what you want to do with your time is honestly the coolest part of growing up in your 20s. In high school, you followed a path other people planned out for you. You'd have to wake up at a certain time so that you could make it to homeroom, and lived life by the hallway bell. In college, you planned out when you wanted your classes to be. Suddenly, everything felt just a bit more in your hands.

But, being an adult, it's literally all up to you. You'll have to work, and maybe be in the office from nine to five. However, you might decide to follow an alternative career path and spend some time traveling the world and blogging about it instead. With great power comes great responsibility, but this stage feels like a dream come true.

9. You Chase Your Dreams Or Have A Side Hustle

Speaking of dreams, growing up means finally following them instead of wondering what it would be like to live your wildest fantasies. You have the energy to chase your wanderlust, and the ambition to know there's so much in store. During the day, you may work a retail job, but then you'll dedicate your nights to a side hustle. You're looking to be a #girlboss one day, and now that you're in your 20s, it's time to get going.

10. You Get A Little Nostalgic From Time To Time

Of course, growing up comes with a lot of nostalgia. You'll fall completely in love with being 20-something, even with all of the struggles. But, that won't keep you from missing the good 'ole days on the playground and hanging with your bestie from home. During those times, you'll pull out old photographs, or maybe play a few songs that were total jams in middle school. You may even call up your friends who have been there since day one and reminisce a bit.

Growing up really is bittersweet, and in between making doctor appointments and catching planes to faraway places, you'll find yourself in your feels. It's not so bad, though. Missing life as a kid means you have some pretty sweet memories — and now that you're grown, there will be so many more.

More like this
44 'Shadow And Bone' Matthias Quotes For When You've Just Had Enough
By Rachel Chapman
TikTok's #NotTheMainCharacter Trend Shows The Supporting Role You Connect With Most
By Marisa Casciano
How You Love To Be Spoiled, According To Your Zodiac Sign
By Roya Backlund
Stay up to date