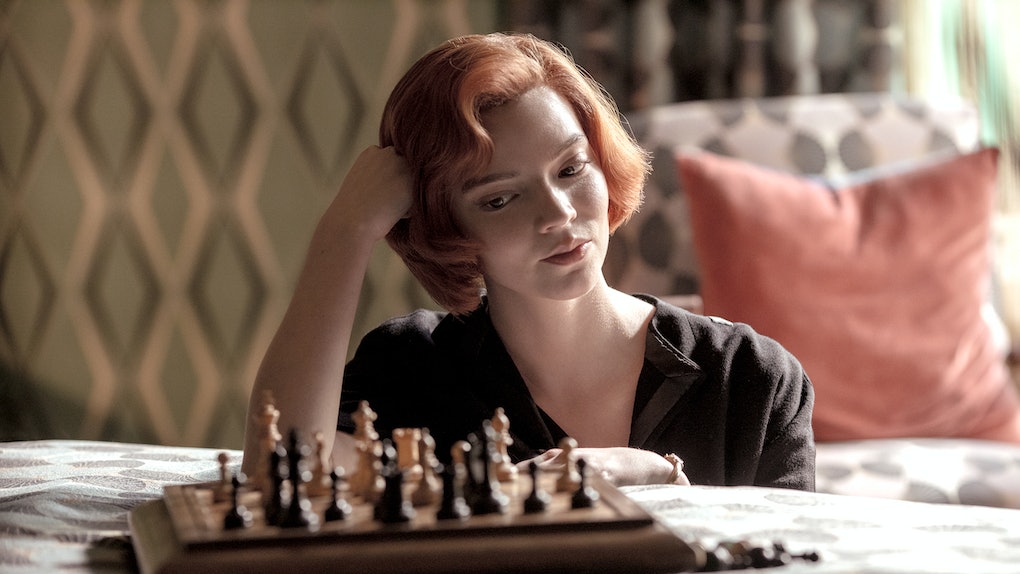 The 'Queen's Gambit' Character You Are, Based On Your Zodiac Element

You may not know the first thing about playing chess, but The Queen's Gambit likely made you want to buy the board game and learn how. The complexities of the game were beautifully depicted in this thought-provoking series, and with all of this newfound time on your hands, you had the opportunity to fly through all seven episodes in a matter of days. With the show starting off with a lot of unanswered questions, it draws you in with its mystery almost immediately, and it echoes quietly throughout each episode. While the mysteries continued to unfold, you were able to resonate heavily with each character — some more than others. Now that the series has commenced, you are able to easily identify the Queen's Gambit character you are, based on your zodiac element.

Despite the show primarily being about chess, the storylines of Beth, Alma, Benny, and the rest of the people in Beth's life were compelling for audiences of all ages. Whether it was Miss Harmon's early life taking a sudden turn and landing her somewhere completely new, or feeling like she didn't quite fit in anywhere no matter how hard she tried, it was impossible not to be drawn in. From her kindred friendship with Jolene, to the mother-daughter dynamic she found in her relationship with Alma, she was reminded that her path didn't have to be embarked on alone. Each character in The Queen's Gambit had a different story that fits neatly into the astrological elements (fire, earth, air, and water). Which character embodies your specific zodiac element? You won't need to move among 64 squares to find out:

Straightforward and unafraid to tell it like it is, Jolene's influence on Beth was exactly what she needed. Just like Jolene, you're quick to befriend those who lack confidence and could use some support, or a nudge in the right direction. You're not one to shy away from the truth, and you always tell it like it is, even if it goes unheard. Your courage to stand up for the people you care about is what sets you apart from all the rest, and your bold personality inspires everyone around you.

Grounded, hard-working, and disciplined, Mr. Shaibel taught Beth the fundamentals of chess. His consistency with Beth is what took her from good to great. It's safe to say that, without him, she may not have become as successful in the game. As an earth sign, your similar, patient determination is something that guarantees your success in anything you set your mind to. Your slow and steady demeanor is so necessary when trying to master any skill, and anyone could benefit from taking a page out of your book.

Benny fully embodies the witty, intelligent air energy, and he actually ended up playing a major role in Beth's ultimate success. Besides being great at chess, he also taught Beth a lot about living freely, and opened her up to possibilities she hadn't even thought about before. As an air sign, you enjoy keeping busy, be it physically or mentally — and chess is a nice blend of both. You're also valued for your effortless ability to go with the flow, without getting too bogged down by the world's harsh realities. You have an ability to keep things light, while also prioritizing knowledge and information.

A lot of Beth's decisions were fueled by her intuition, which aligns perfectly with the water element in astrology. As a water sign, you rely heavily on your instincts and emotions to guide you, and Beth is no exception. Her quiet but emotionally strong energy could be felt even in her adolescent years, and carried her throughout her career in chess. While she, at times, felt more comfortable dulling her emotions, they were an essential part of who she is, and the same goes for you, too. Being sensitive is not a sign of weakness — in fact, it's more like a superpower, and it was the very thing that set Beth apart from each of her opponents.