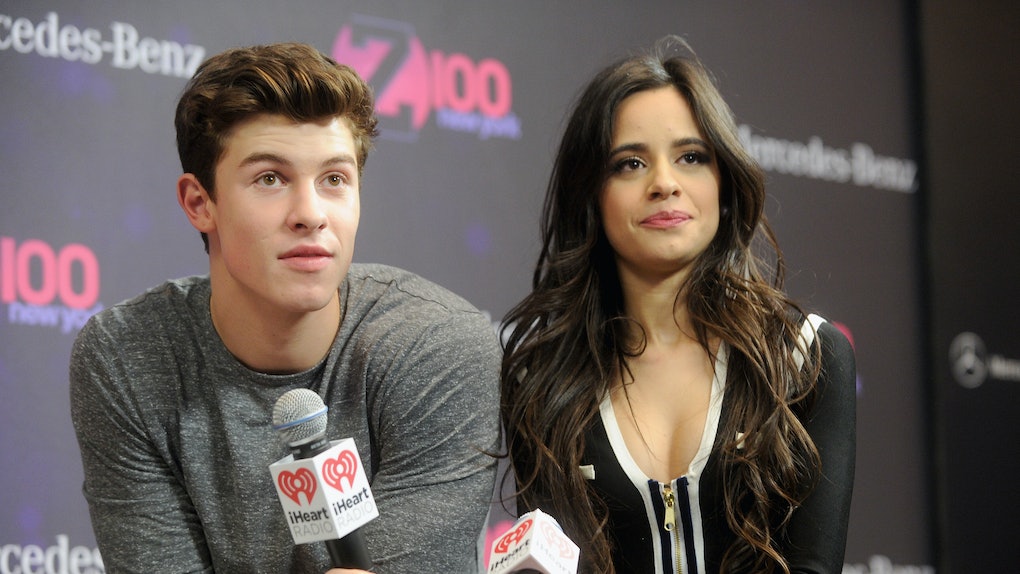 If you're bored and want to shake things up in the group chat, all you need to do is ask, "Do you think Shawn Mendes and Camila Cabello are really dating?" It doesn't matter if you're a stan of the two or not: Chances are, you're bound to have an opinion on one of the most divisive pop culture issues of 2019. So, is Shawmila really A Thing? Shawn Mendes’ response to Camila Cabello publicity stunt rumors is sweet, albeit a bit coy.

On Sept. 18, TMZ caught up with Mendes at LAX and grilled him about his relationship with Cabello, particularly their infamous Instagram kissing video. (Neither Cabello nor Mendes have verbally confirmed they're in a relationship with each other, but of course, their gratuitous PDA has let the entire world know their relationship probably isn't strictly platonic.) "It's a little bit of a joke," Mendes told TMZ. He also said that he's met Cabello's parents and that he's actuallyw known them for a long time.

Then came the big one: When asked point-blank if his relationship is just for PR, Mendes said, "Definitely not a publicity stunt." When asked if they'd said "I love you" yet, Mendes just pursed his lips and looked away.

Of course, all of these questions are super personal and it's understandable why Mendes wouldn't answer them. Cabello herself just told Elle in a September 2019 Q+A that she's cautious about discussing her love life, "to a maddening degree." Cabello said:

Love is the most sacred, precious thing to me. I want to always feel like my love is between me and that person, and never belonging to anyone else. As much as I love my fans, and as much as I love people, I like to live my life as normally as possible. In a relationship, it makes me feel uncomfortable to invite everyone in on that.

Apart from his response to TMZ being sweet and respectful (and therefore, totally on-brand for Mendes), it's also major tea. During a post-concert Q&A in August, Mendes was asked about his relationship status and gave a cryptic response. "I wanna talk to you guys about this stuff, but it's not just me in the relationship. There's another person involved," Mendes said. Elite Daily previously reached out to both Mendes' and Cabello's reps for comment on what Mendes told fans at the Q&A, but did not hear back by the time of publication.

Mendes played it pretty coy, as if fans hadn't already witnessed the steaminess of the "Señorita" music video in June and their 2019 VMAs performance just weeks later. To add another layer of mystery to the mix, back in July, a source reportedly told ET that Cabello and Mendes had reportedly progressed from "just enjoying spending time together and having a summer fling" to "working on a relationship." Ultimately, the source reportedly said, the two had "really fallen for one another."

Whether you believe in the glowing romance of Shawmila or not, it's safe to say that Mendes and Cabello will continue to keep stans and haters alike guessing until they're ready.