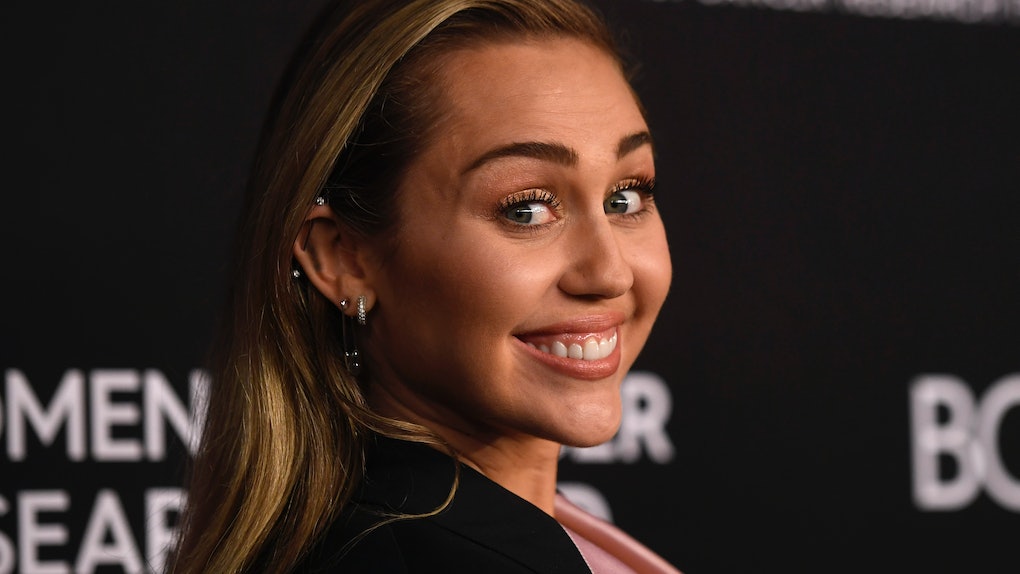 Miley Cyrus’ Instagram About Meeting “Potential Partners” Will Have You ROFL

Sometimes, navigating the dating scene can be scary. And because celebs are just like us, it's safe to say no one is exempt from the complexities of finding a bae. Miley Cyrus' Instagram about meeting "potential partners" is a reminder of just how nerve-wracking dating can be, for everyone! Sure, "new relationship energy" is fun and exciting, but what about the eerie awkward silences on dates, the ominous prospect of defining the relationship, and sifting through hundreds of scarily incompatible matches? Plus, it's all too easy to be haunted by a girlfriend from the past, or to run into the ghost of your ex-boyfriend in your social media archives. (Instagram reminding you that you posted a cute selfie with your ex on this day three years ago can be the the nail of the coffin.)

Based on her Oct. 3 Instagram post, Cyrus completely gets all of that. Clad in a blazer, jeans, and ankle boots, Cyrus attended what looks like a harvest festival and posed with her iconic tongue-out face next to a zombie in a rocking chair. She also took an LOL-worthy selfie with a fake corpse, one with a tortured zombie in distress, and made a kissy face next to Frankenstein's monster. As far as spooky and relatable Instagram content goes, Cyrus nailed it.

Following her Aug. 2019 breakup with Liam Hemsworth and her Sept. 2019 reported split from Kaitlynn Carter, the caption was, "Met a couple new potential partners. Felt like I was on The Bachelorette. 💀"

Dating can be tricky for anyone, and I can't imagine it's any easier after ending a marriage. Cyrus and Hemsworth dated on and off for about a decade, and were married for a little under a year. On Aug. 10, a rep for Cyrus released a statement confirming that the two had split up. That same day, pictures of Cyrus and Carter kissing in Italy broke the internet. (And gave queer ladies everywhere so much life!) According to a late-August report from TMZ, Hemsworth reportedly filed for divorce from Cyrus, citing "irreconcilable differences." (Elite Daily previously reached out to reps for both Hemsworth and Cyrus, but did not hear back in time for publication.)

Almost as soon as it became public, the Carter-Cyrus flame appeared to be extinguished. A source reportedly told ELLE.com that Cyrus reportedly wanted to pursue a relationship with Carter after that Italian vacation. However, she reportedly decided that she needed to focus on her career, and the two women went their separate ways.

Likewise, a source told People in September that Cyrus reportedly isn't interested in a serious relationship. The source reportedly continued:

She and Kaitlynn spent every day together, and it just wasn’t anything that Miley wanted to continue doing. She wants to focus on her career. It wasn’t an easy decision, but this is ultimately what she wants.

The source also went on to add that the two reportedly remain friends.

Like many non-famous folks, Cyrus seems to be juggling work, friends, family, and self-care on top of cultivating a balanced love life. The goofy, ghostly way Cyrus joked about dating and finding a partner? Iconic, and hella relatable. Here's hoping she finds what she's looking for, and above all, that she's happy.