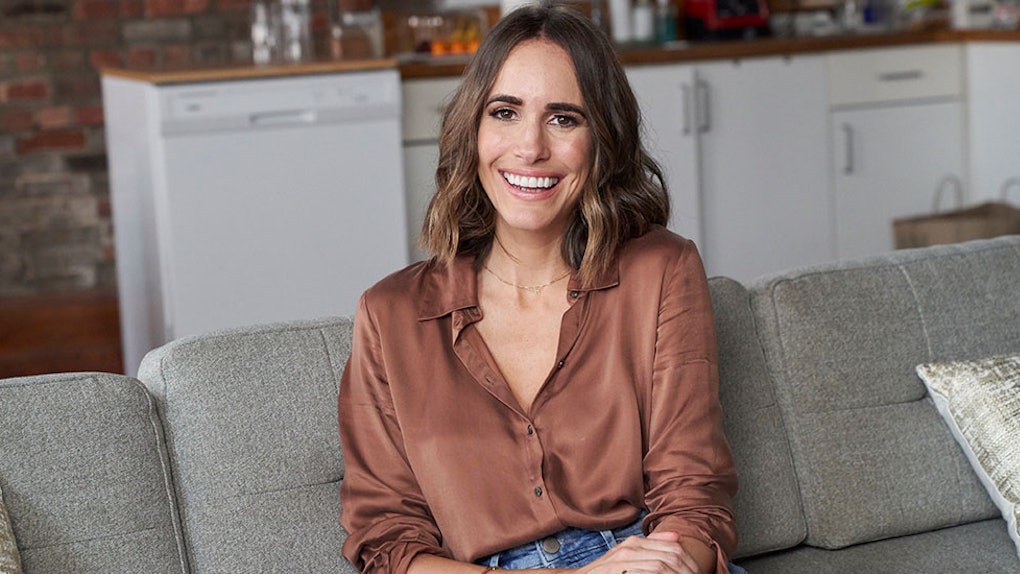 Courtesy of Inside Perspective

When we find ourselves immersed in the worlds of beauty and fashion, it's easy to get caught up in the (spoiler alert: very unattainable) idea of perfection. The truth of the matter, though, is no one is perfect, and a love for all things beauty and fashion doesn't mean you don't or can't have, admit, and embrace flaws — something we all have. Although there have been great strides made in terms of acceptance in the beauty world, stigmas still exist around many things unfortunately — size, skin color, physical appearance, etc. One example you may not hear about often is psoriasis, a chronic skin condition that usually results in red, flaky, irritated patches of skin.

When you live with certain skin conditions like this, it might feel embarrassing to speak out and seek proper treatment if that's something you want to do. Even a lot of celebs and others in the public eye are scared to open up about topics like these, which is why I give major props to British TV host and fashion journalist Louise Roe for talking about her experience with psoriasis. In fact, Roe has partnered with Celgene and Otezla on their new Inside Perspective campaign, the goal of which is to raise awareness about psoriasis in advance of World Psoriasis Day on Monday, Oct. 29.

Even though the campaign will be the first time Roe opens up publicly about living with psoriasis, she admits she started experiencing symptoms of the condition on her skin over 10 years ago. "I was working in London right before I moved to LA, and I was at a very fun job, working as a journalist at a magazine," she tells me over the phone, "but I was under quite a lot of stress — the most stress I've ever experienced in my life, really."

Roe believes the stress was what triggered her flare-ups, but like so many people living with psoriasis, she decided not to make a big deal out of it, despite her discomfort. "I suddenly found painful, itchy, very dry, red patches coming up mainly on my legs and tummy, and I knew something was off, but just ignored it."

"I'm not going to sugar coat it: It really sucked, and it completely knocked my confidence," admits Roe. While feeling like you have to hide a skin condition like psoriasis is stressful for just about anyone, it's especially difficult when you work in an appearance-driven field like beauty and fashion, as Roe does. And since her condition was triggered by stress, it only made things worse. "I was in a job where everyone around me appeared to be very confident in their appearance. It's all about fashion and beauty, and having clear, great skin, and I felt like I was leading a double life."

After years of dressing strategically to hide her flare-ups, Roe is done hiding — and she wants others who deal with psoriasis to know they're not alone. "Now, all these years later, I feel a lot more confident as a woman and a mother, not just in regards to having psoriasis," says Roe. "I'm very proud and nervous to talk about it, and I hope that in raising awareness, women and men can share their stories and experiences."

When she dealt with psoriasis in private, Roe admits she felt too embarrassed to get help with the condition, and according to Dr. Gary Goldenberg, MD, Assistant Clinical Professor of Dermatology at The Icahn School of Medicine at Mount Sinai Hospital in New York City, she's not the only one who has experienced reservations about seeking help for her condition.

"I listen to this kind of story in my office daily," says Dr. Goldenberg. "It's not just about the physical manifestations of psoriasis, it's also the emotional and personal journey that the patients go through. There are so many patients that are untreated or under-treated because they may not feel confident enough to even bring it up to their doctor."

Now, Roe has teamed up with biotechnology company Celgene and psoriasis medication Otezla to not only share her personal journey, but to inspire others to be more open as well, and to not shy away from seeking proper treatment. "The title of the campaign is Insider Perspective, and for me that was really important. Psoriasis starts beneath the surface of the skin and that's the physical manifestation, but it also affects your self-esteem and confidence as well." she tells me. "If you can tackle something like that from both sides, you can come out of it with a very different perspective on having this condition. You can't cure it, but you can certainly manage it."

As part of the Inside Perspective campaign, Roe swapped lives for a day with NYC resident Alycia to see how differently and similarly their distinct lives were affected by their plaque psoriasis struggles. Even though their daily experiences are nowhere near the same, there were still moments that connected them when it came to their psoriasis.

When Alycia enjoyed a glam session before a photo shoot, as Roe often does, she admitted to occasionally having to use makeup to conceal the psoriasis patches on her scalp and neck that make her feel insecure. When Roe spent the day at Alycia's finance job, she reflected on how her previous stressful work environment triggered flare-ups at the start of her psoriasis battle. The super sweet video can be found on the Otezla website — Alycia takes Otezla to manage her psoriasis — and it does a great job of showing how everyone living with psoriasis is affected in their own different ways.

Now that Roe has chosen to speak out about her psoriasis, she is able to focus on getting the proper treatment, and she no longer feels ashamed of her skin condition. Of course, because Roe is so heavily involved in the beauty industry, I had to ask her skincare favorites to see what was Roe-approved and psoriasis-friendly, especially with the colder months approaching.

While she says she doesn't drastically change her skincare routine when the seasons shift, the one must-have she incorporates in colder months is a good facial oil. "I do love an oil at night in winter. People are terrified of using facial oils, but actually, your skin won't absorb more than it needs to," says Roe. Her favorite is the Angela Caglia Luxurious Face Oil ($160, angelacaglia.com), which helps to soothe texture and fill fine lines.

Her other must-have skincare product during the colder months is an iconic staple for makeup artists everywhere: the MAC Cosmetics Strobe Cream ($34, maccosmetics.com). "You can put [it] on your body, on your face, and I love that. You can either wear it on its own or underneath a foundation, and it just kind of lifts the skin," says Roe. "I kind of like to keep the shine and the glow on my complexion in the winter."

As far as other beauty favorites for fall and winter, Roe swears by Bobbi Brown Sparkle Eye Shadow in "Allspice" ($36, bobbibrowncosmetics.com), which she claims has "just the right amount of sparkle," as well as MAC Cosmetics Matte Lipstick in "Russian Red" ($19 maccosmetics.com), since she says a red lip is the easiest way to glam up her look without changing everything up.

With her blog, Front Roe, giving her a major platform in the beauty and lifestyle world, Roe says her years in the industry have taught her one major lesson that she's carried from day one, through all her psoriasis experiences to now: "Be nice."

"I've had so many mentors who are incredible women, who I'm still friends with, that took me under their wings, and I will never forget that, and I'll turn around and do the same to anyone who works with me," says Roe. "I think you've got the power to be a cheerleader or to stop other people from rising, and in this particular political climate, I think women supporting other women, and just plain being nice in the work place, is a very powerful message to send. And girls will repeat the behavior that is bestowed upon them."

As we scroll past an abundance of beautiful photos every day on the highlight reel that is Instagram, it can be so easy to forget that even people we might not expect are still struggling with insecurities about appearance — and while we should feel comfortable opening up about those things in general, serious skin conditions like psoriasis are never something to feel ashamed about, which is why Roe hopes to inspire others with psoriasis to use their voices and get the treatments they deserve. Here's hoping more celebs start using their platforms to get real like this, and that the beauty industry continues to grow and embrace the members of its community, imperfections and all.

More like this
Glory Skincare Founder Alisia Ford On Taking Her Brand From Post-its To Powerhouse
By Theresa Massony
A Kim Kardashian Skin Care Line May Be Coming Soon
By Margaret Blatz
How To Get A Trendmood Box, AKA The Next Big Thing In Beauty Box Subscriptions
By Bella Gerard and Theresa Massony
Stay up to date