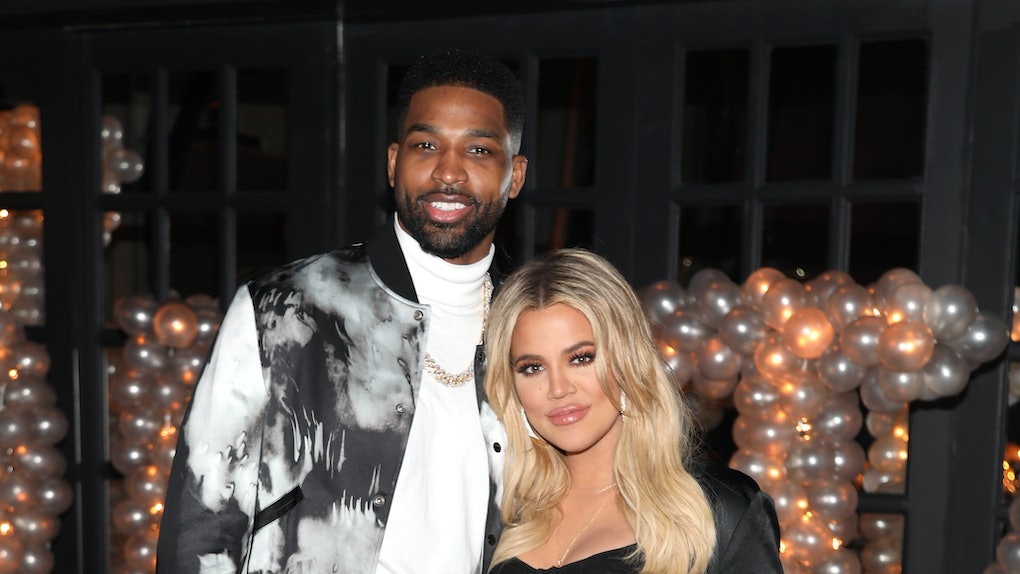 Fans didn't have to wait long for Khloé Kardashian's first Instagram after the Tristan Thompson cheating rumors, but unfortunately, her Story left fans with more questions than answers. Not long after news of Thompson's alleged affair with Instagram model Sydney Chase emerged, Kardashian took to her IG Stories on April 27 to post a cryptic quote from poet Sonia Sabnis. "People who don't hesitate to share a kind word or do a good deed to brighten someone else's day are the best kind of people," the quote read. Hmm...

Chase claimed she hooked up with the NBA star earlier this year during an April 22 appearance on the No Jumper podcast. (Elite Daily previously reached out to reps for Thompson and Kardashian for comment on the cheating claims but didn't hear back.) "He told me he was not in a relationship anymore, so I said OK," Chase explained on the podcast. "We talked, we hung out multiple times, we went out together, everything." According to Chase, she ended things when she found out Thompson wasn't actually single.

On April 27, Chase posted a TikTok where she doubled down on her claims, captioning the video, "Yes the Tristan rumors are true." In the vid, she even claimed Thompson reached out to her following her April 22 interview... as well as the day after his daughter True's birthday party.

Neither Kardashian nor Thompson has commented on Chase's claims, but Kardashian's cryptic IG Story definitely says a lot... while also saying very little.

Then again, Kardashian is no stranger to posting ~deep~ quotes on IG. When rumors about Thompson's reported kiss with Kylie Jenner's ex-BFF Jordyn Woods started circulating in February 2019, Kardashian took to her Stories to share a series of quotes about heartbreak and betrayal. On April 26, the day before Chase's tell-all interview went viral, Kardashian also posted several inspirational quotes to her IG Story, though it's unclear whether the quotes were meant to allude to the infidelity accusations or not.

And while fans still aren't sure whether Kardashian and Thompson are actually back together, it's apparent that Thompson's rumored infidelity has been an issue for a while. Reports of Thompson stepping out first began to plague his relationship back in April 2018, after he and Kardashian had been together for about one-and-a-half years. Just days before Kardashian gave birth to True, video footage of Thompson seemingly kissing other women at a club was released by TMZ. After a brief split, the two decided to reconcile... but just then a year later, Thompson was accused of cheating once again with Woods.

Thompson has never explicitly acknowledged his rumored infidelity, but his apology to Kris Jenner during the Season 19 finale of Keeping Up With the Kardashians seemingly confirmed the rumors. "When I hurt her with all the actions I did, it really affected me a lot because of how much I let you down and our relationship," Thompson told Jenner during the episode. Jenner forgave him at the time, but only time will tell whether this latest accusation gets Thompson into hot water again.