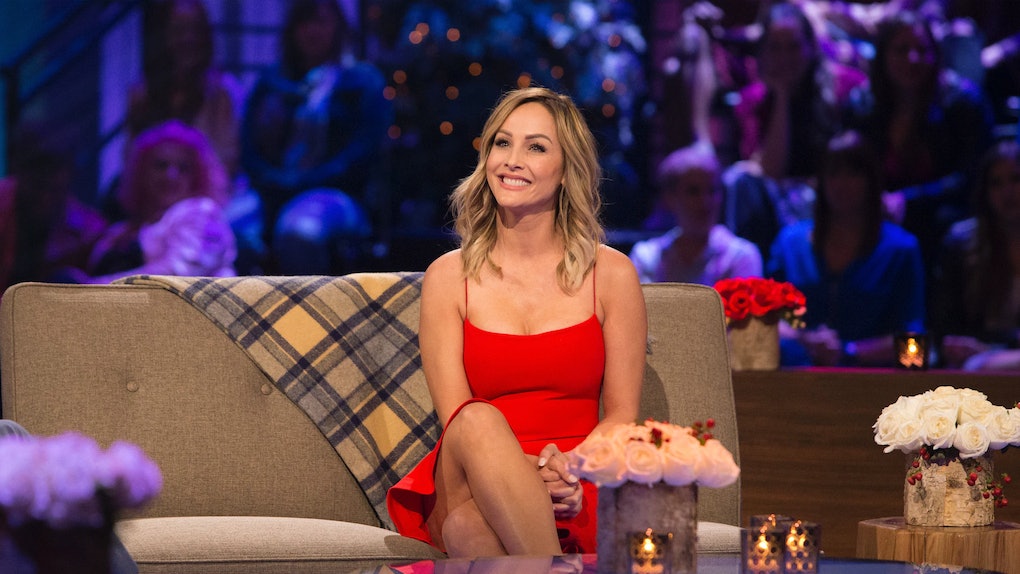 While there have been non-stop changes to Season 16 of The Bachelorette, one thing has always been clear: Clare Crawley is the queen of demanding the respect she deserves. The franchise has finally started sharing teasers for the upcoming season, and the latest one is sure to get you even more hyped. That's especially true because it turns out, Keke Palmer is singing Clare's "Respect" Bachelorette promo, which is giving fans serious girl-power vibes.

Both Crawley and Palmer are notorious for their non-nonsense approach to getting respect, which is why the newest teaser, published to the show's Instagram account on Aug. 31, is so on point. After an eyebrow-raising promo poster playing off of the 1976 film The Graduate (which felt like a pretty pointed reference to 39-year-old Crawley's age), the newest peek is exactly what the Bachelorette's season should be about: empowerment and respect — which is what she deserves after her long journey with Bachelor Nation.

Since Palmer is known for her acting talents, dynamic vocals, and hilarious TikToks — in addition to being an outspoken activist — it makes sense she'd be selected to sing the vocals for the promo.

In the teaser, Palmer is heard belting Aretha Franklin's powerhouse ballad, "Respect" while a flashback of Clare addressing her ex, Juan Pablo, plays onscreen. She famously chewed him out during the Season 18 finale of The Bachelor for being a player and, you know, not giving her the respect she deserves. In the teaser Clare says, "I've been down this road before. I want respect," before tossing her heels aside and dancing barefoot in rose petals.

If you're getting whiplash from the constant Bachelorette developments, here's a quick recap: Production on Clare's season was halted due to the coronavirus pandemic back in March. When it was finally about to get underway again, a whole bunch of her contestants were recast. Then (because yes, this actually is the most dramatic season ever) in early August, it was reported that Clare quit the show mid-filming because she fell for one of her contestants, Dale Moss — and according to rumors, got engaged to him.

Which of course, leads to the "Tayshia Adams is also the Bachelorette this season" development. According to multiple reports, to keep the season going after Clare (maybe) left the show, Tayshia was reportedly cast as the second lead for Season 16 and is expected to film her own journey to find love. While ABC has yet to officially confirm anything, the season's promos hint that, yeah, it's going down. (One might even argue that the new promo's clip of Crawley dropping her heels is a hint she's going to leave the show to be with Moss...) Here's hoping the latest teaser and Palmer's vocals are clues confirming Clare is finally going to get the respect she deserves.