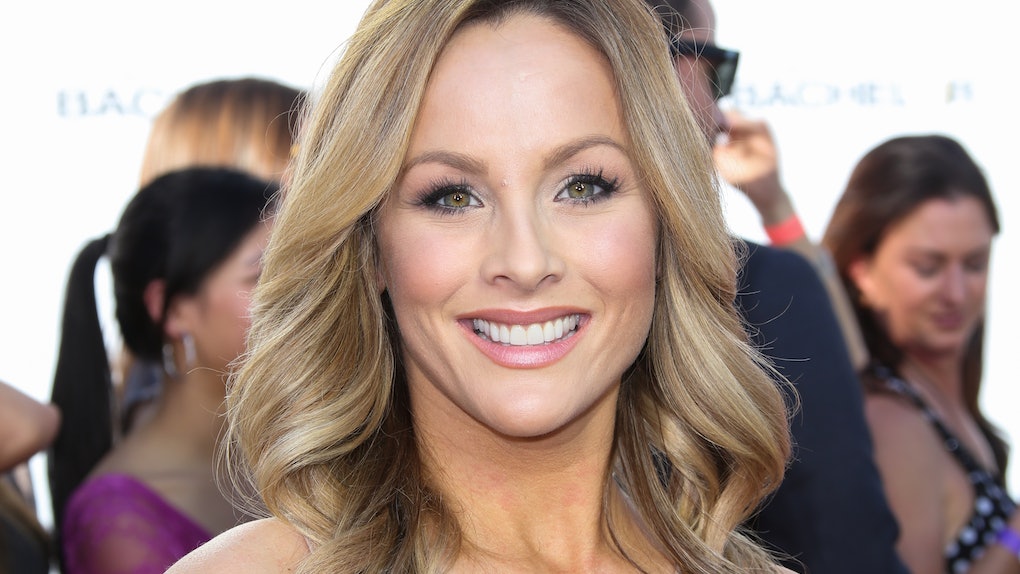 Did Clare Crawley Quit 'The Bachelorette'? This Fan Theory Is A Lot

Chris Harrison hasn't even had the chance to promote the upcoming season of The Bachelorette as the "most dramatic season ever" yet, but it looks like that's shaping up to be the case regardless. There's a theory circulating that this season's lead, Clare Crawley, has quit The Bachelorette after only a few weeks of filming. But why? Elite Daily reached out to reps for The Bachelorette for comment on the theory but didn't hear back in time for publication. However, many fans are convinced she's leaving the show because she fell for one of her contestants.

The theory can be tracked back to a Reddit thread, on which the anonymous owner of a Bachelor spoiler account (who is going by Throwawayspoiler2020 on Reddit) wrote that production was having problems with Clare and that she canceled filming. The post went on to say producers called in Bachelor and Bachelor in Paradise alum Tayshia Adams to fill in for Clare's role.

It's important to note this Reddit thread is not verified information, but it does have some legs to stand on. Life & Style reported similar news that Clare threatened to quit after only 12 filming days because she fell for one of her contestants, Dale Moss. According to the publication, an "insider source" said Clare "refused to come out of her room," leaving producers "scrambling" to keep the season going.

Clare's recent social media activity is also giving some fuel to this theory's fire. According to Entertainment Tonight, Clare's Twitter account liked a tweet on Aug. 2, which is significant because leads typically don't have access to their phones or social media while filming. And it wasn't just any tweet that she reportedly liked: According to the publication, Clare's account liked a tweet about Adams being the Bachelorette. As of Aug. 3, that tweet can't be found among the tweets Clare's account has liked, so it's possible it has since been unliked.

As of Aug. 3, there are no official reports about Clare's status on The Bachelorette, and some fans are doubtful she would actually leave the show. "I'm really skeptical about this. This does not sound like Clare at all," wrote user marcm6246 on the original Reddit post. "Most leads talk about how they knew early on who their F1 [final pick] is and they still stuck through the whole filming process."

So, who's the guy rumored to have captured Clare's heart, anyway? Dale is a 31-year-old native from Brandon, South Dakota. According to his Instagram — which is private, but does boast the blue "verified" check — he's an "NFL athlete turned model and host" and a Special Olympics global ambassador. He was a wide receiver and played for teams including the Green Bay Packers, Tampa Bay Buccaneers, and Chicago Bears.

Dale's personal website provides more information about his life — which involves fashion, fitness, entertainment, collaborations, and philanthropy. He's repped by the well-known agency Wilhelmina Models, has provided creative direction for brands including Express and Under Armour, participates in philanthropies, and even has his own podcast: The Game Plan with Dale Moss.

If this theory turns out to be correct, it wouldn't be the first time Clare left a Bachelor Nation series mid-filming. In 2014, she left Bachelor in Paradise after questioning her relationship with Zack Kalter. And even if the rumor is totally bogus, it's only one of the dramatic things that have happened with Clare's Bachlorette season so far. Production was supposed to begin in March, but was delayed nearly four months due to the coronavirus pandemic. Then, many of Clare's Bachelorette contestants were re-cast. Add potentially having to source a new Bachelorette on top of what has already gone down, and fans would be hard-pressed to find a season truly more dramatic than this one.