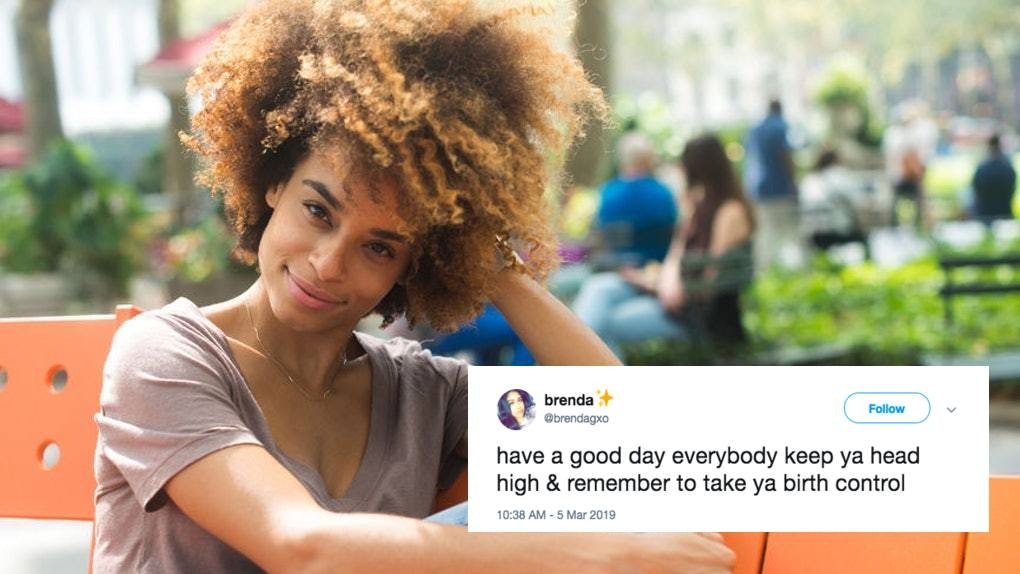 If you're on birth control, it's possible you have a love-hate relationship with it. Mood swings and the daily plague of remembering to take it every day (if you have a weak memory) make it easy to hate. And the shining hope of lighter periods and not getting pregnant make it easy to love. Looking through the internet's finest tweets about birth control, you'll truly feel this range of human emotion. Because as useful as it may be, actually taking birth control can be a mixed bag. With the benefits of birth control come anxiety, distraction, weight fluctuations, and blood clots (in NuvaRing's case). Don't forget the bloating, stretch marks, scarring, extensive bleeding, and stubborn acne that some women have reported from Nexplanon, a birth control implant.

If you have a vagina and are having sex with someone who can get you pregnant, you probably may have encountered one or more of these issues. Birth control method satisfaction varies from person to person, from method to method. And naturally, as digital natives confronted with anything and everything imperfect, millennials and Gen Z folks will open up the glowing, blue Twitter app to speak on it. Here are five tweets about taking birth control that are all too real if you've ever been prescribed it.

When birth control has you feeling funky

Susie Welsh, a fertility nurse who founded women's health subscription service BINTO, told Elite Daily, “Because the pill is made up of the steroid sex hormones estrogen and progesterone, it’s not unlikely that this combination of hormones will have an impact on your brain — thus leading to mood swings and anxiety.” Welsh is referring to the birth control pill, but the patch also releases estrogen as well as progesterone. So when @xonellurz said, "Birth control really take over your whole *ss body and control your emotions, like d*mn, b*tch, chill," there was truly something to that.

Studies also show that birth control, particularly oral contraceptives or OCs, has a definite effect on your headspace. A 2018 study in the journal Psychoneuroendocrinology linked OCs to increased "mind wandering" in the women who took them. The journal defines "mind wandering" as distraction influenced by cognitive traits like "tendencies toward cognitive failure or mindful attention" or the state of "feeling tired or stressed." Quite literally, the journal links it to that feeling of sort of being on auto-pilot while you're in the car. So that fuzzy, foggy-brained feeling you get while on birth control? There's something to that, too.

Additionally, while scientists couldn't for sure say that participants' mind wandering was more negative or more positive, they noticed mind wandering was associated with depressive symptoms. Talking to your gynecologist about the funky moods your birth control puts you in is always a good move.

When you're grateful your birth control is working

The tweet is plain and simple. All sperm has to do is swim up, encounter contraception, and quake in its presence. When it comes which contraceptive method has the most power to simply say "hi" and sending a potential pregnancy running, implants and IUDs reign supreme. Yes, the pill is 99 percent effective, but only if taken perfectly every day. As Planned Parenthood points out, forgetting to take the pill from time to time puts its actual efficacy at 91 percent.

The implant Nexplanon, on the other hand, is a solid 99 percent effective, according to Nexplanon's website, with "fewer than one pregnancy per 100 women per year." Dr. Rick Gersh, global director of Medical Affairs at Nexplanon's manufacturer Merck & Co., told Elite Daily, "It is similar in effectiveness as methods such as injections, intrauterine devices, and even sterilization." The Centers for Disease Control and Prevention touts implants as the most effective, reversible method of birth control — over the pill, the patch, the ring, condoms, and of course, the pull-out method.

The more contraceptives, the merrier

This tweet combines two of my favorite things: A wholesome, timely meme (this time, a mother and her sons dancing to "Act My Age" by One Direction) and safe sex practices. Being about that safe sex life means you still need to wear a condom, even when on hormonal birth control. Hormonal birth control includes the pill, IUDs, the Depro-Provera shot, the patch, and NuvaRing, each of which only prevents pregnancy. None of these methods protect against sexually transmitted diseases, HIV infections, human papillomavirus, herpes, or HPV-related cancer.

When birth control gets you a bit thicc

Taking birth control won't necessarily make you gain weight. As gynecologist Dr. Sheila Loanzon told Elite Daily, "When someone is on the lowest dosage pill, along with a balanced diet and exercise, the likelihood of weight gain is very low. The available data suggest that oral contraceptives do not cause weight gain." Loanzon also cited a study done comparing a group healthy women who took birth control and a group of healthy women who didn't. The results showed that the same number of women gained the average amount of weight in both groups.

All that being said, if you do gain weight from birth control? Take a cue from Twitter user Hannah and embrace the birth control weight! Revel in your thicc-ness.

The last boss to defeat in the game of adulthood is remembering to take oral birth control. It's too powerful, which is why folks opt for IUDs or the shot. And suffice to say it, I clearly haven't mastered adulting yet. Like Twitter user Syd, I once found myself a smooth four days behind on birth control. I checked in with my gynecologist (always recommended when you find yourself in this position, as opposed to taking six pills at once), fixed my cycle by starting a new pill pack that Sunday, and set a daily birth control reminder on my phone to avoid future slip-ups.

And yet, life still gets the better of me. I usually take my birth control right before bed and the reminder is set accordingly. But if I knock out early, or come back late from drinks or the movies? It's a done deal. I'll slumber peacefully and go through the next day blissfully ignorant — only to be flabbergasted when I find two whole pills that need to be taken instead of one. If you do have trouble remembering to take OCs, you should look into birth control alternatives such as the patch you change weekly or the ring you keep in for three out of the four weeks in a month.

A little blessing to get through the day

So, as you go on with your life, I'll wish you this modern-day prayer to stay positive and to actually remember to take your OC before the day is done.

Yes, birth control really does try our patience. But at the end of the day, at least we have solid gynecologists (fingers crossed), accessible health resources through Planned Parenthood, and relatable tweets to help us through it.