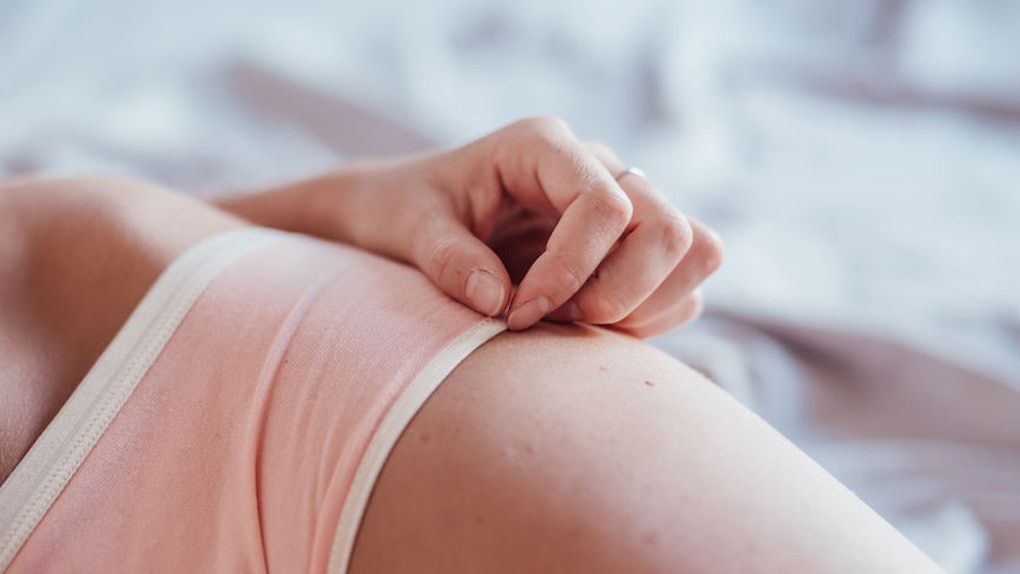 What Are The Side Effects Of Nexplanon? 6 Women Who Use The Birth Control Implant Share Their Honest Experiences

When it comes to choosing a contraceptive method, there are a number of options for women. You're probably aware of the Pill and getting an IUD, and you may also have heard of the Depo-Provera shot and the NuvaRing. One of the most effective birth control methods, however, is also the least common. If you don't know about Nexplanon, the birth control implant that goes in your arm, you're not alone. Because it's a relatively new option, the benefits and side effects of Nexplanon aren't talked about as much as other types of birth control.

Commercials about any kind of medication tend to list tons of scary side effects, from ones that are actually common to the super rare — but still possible — outcomes. A spokesperson for Merck, the pharmaceutical company that manufactures Nexplanon, previously told Elite Daily that interested individuals should "refer to Important Safety Information for side effects" relating to the implant. According to the Nexplanon website, the most common expected side effects for use include longer or shorter bleeding during your period, no bleeding at all during the time of your period, spotting between your periods, and varied amounts of time between your periods. "Other frequent side effects that cause women to stop using Nexplanon include mood swings, weight gain, headache, acne, and depressed mood," according to the site.

I interviewed individual women about their honest experiences with the birth control implant, both good and bad. Everyone's body is different, so of course the side effects are going to vary from one person to the next, and just because it happened to one woman does not guarantee it would also happen to you. That's why I spoke to six women between the ages of 19 and 27 and got each of their takes on why they decided to try Nexplanon, whether or not they were happy with the implant, and if they still use it, or if they have since switched to an alternative form of birth control. Here's what they had to say.

1. This woman has had a positive experience with Nexplanon.

I've had Nexplanon for a year and three months. Definitely a more positive experience than what I see from most online. I wanted a long-term contraceptive method because I'm in a long-term relationship. Also, [not having to remember] to pop a pill every day is great, since I have a busy life and a bad memory. It was one of the first long-term contraceptive methods I got recommended by the doctor so I decided on it.

The only side effects have been bloating (which I experience otherwise, too, but is now a little worse), scarring and stretch marks on the arm it was inserted in, and irregular periods. I just think it's worth it since I cannot afford to get pregnant in my life situation. Also, I bleed less when I do bleed, so I don't have anemia symptoms anymore.

(In a statement provided to Elite Daily, when asked about bloating, stretch marks, and scarring around the insertion site, a rep for Nexplanon referred users to the implant's website safety information, side effects, and FDA-approved patient labeling.)

2. This woman chose Nexplanon when neither the Pill nor an IUD worked for her.

I had to switch from a pill form of birth control to Nexplanon, because I get migraines with aura and so I can't use any form of birth control with estrogen. I initially wanted an IUD, but at my first appointment they tried inserting the IUD and it was super painful and wouldn't go in. I made a second appointment and they gave me some pills to take that were supposed to dilate my cervix and make insertion easier. Bottom line is it didn't, it was painful, and it still wouldn't go in. I asked the doctor what options were available to me that I could get that day, and she said either the Depo shot or the arm implant. I hate shots and I figured one thing in the arm was better than a shot every three months. So I've had it for almost eight months now and I love it.

No real side effects, except my boobs grew a whole cup size (which means I did gain some weight but I'm not upset about it because it was all boob weight). My period has been a bit weird since I got the implant in the sense that it's lighter than it's ever been but it lasts longer and each time it's come there has been more time in between periods. I’m hoping that means eventually they'll stop all together (I didn't have a period once during the 10 years I was on the Pill).

(In a statement provided to Elite Daily, when asked about increased breast size, a rep for Nexplanon referred users to the implant's website safety information, side effects, and FDA-approved patient labeling.)

3. This woman switched to an IUD because of the constant spotting and bleeding.

I originally got Nexplanon because I need birth control to regulate my period, but also wanted something that I didn't have to remember to take every day. In the beginning it was great. Insertion was painless and it gave me peace of mind, but over time I began to spot more and at one point bled for a month and a half. After that I switched to Mirena so I'd have the same peace of mind without the bleeding side effect. I've been super happy with Mirena and would recommend an IUD to anyone.

(In a statement provided to Elite Daily, when asked about long-term bleeding, a rep for Nexplanon referred users to the implant's website safety information, side effects, and FDA-approved patient labeling.)

Mirena is a hormone-releasing IUD that "treats heavy periods in women who choose intrauterine contraception," according to their website.

4. For this woman, Nexplanon curbs the majority of her endometriosis symptoms.

I got [Nexplanon] about a year and a half ago because I needed a longer-term birth control solution and didn't feel like an IUD was the right fit for me. It's not perfect, in that I'll still spot from time to time (particularly when I'm stressed out), but by and large, I've been really happy with my decision. I don't have to stress about remembering to take the Pill or scheduling a doctor's appointment for the Depo shot (which I'd been on previously), and it curbs the majority of my endometriosis symptoms, which is enormously helpful.

"Progesterone–only hormone therapy can be effective in treating symptoms of endometriosis," according to the Center for Young Women's Health. Nexplanon is a progesterone-only implant, according to a statement provided to Elite Daily by a Merck spokesperson.

5. This woman says her body reacted horribly to Nexplanon.

My body reacted horribly to Nexplanon. Two gynecologists recommended it to me, raving about how great it was and how it was the least likely to cause any reactions. The surgery was quick and easy. You are expected to bleed after for up to two months, but I unfortunately bled for three. Then, I didn't have a period for three months (which was great), but that was a year ago. Since then, I've had consistent spotting, full periods every other week, awful acne, and mood swings. About two weeks ago I finally had it removed and I switched over to the NuvaRing and love it!

6. This woman's gynecologist recommended Nexplanon over the Depo shot.

I had no idea it even existed as an option, I just knew I didn't want to take a pill. I talked to my gynecologist about doing the [Depo] shot, and she said that it might be difficult to maintain during college. She told me about the implant and how quick the procedure was, and that it would last three years and be more effective than the shot. It sounded like the best option for me. That was three years ago and I have been happy enough with it that I already have an appointment to get my current implant out and put a new one in. The only negative side effects I've seen is that I'm slightly more emotional and my acne has been harder to manage. I also don't get my period anymore. I had incredibly painful periods in high school. My back would hurt horribly, so now I don't have to worry about that.

For more information about the birth control implant, talk to your gynecologist, visit Planned Parenthood, or go to Nexplanon.com.