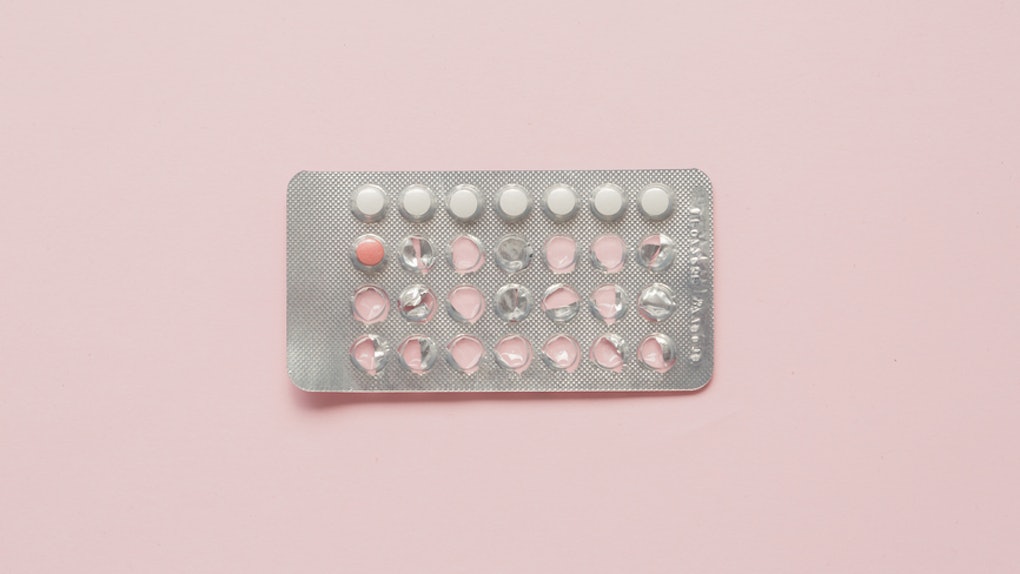 How Does Birth Control Affect Your Body? Here's A Breakdown Of Each Contraception's Effect On You

Birth control affects your body in one very obvious way: Under the best circumstances, it keeps you from getting pregnant. But different types of contraception can have varying effects on your body, your wallet, and your calendar, depending on which one you choose. But on a more specific level, how does birth control affect your body?

What's more is that different types of contraception require varying levels of responsibility. So if you're not exactly a Type A personality, you might want to pick a contraceptive that you don't have to worry about on a daily or even weekly basis.

Overall, the more information you arm yourself with, the better equipped you are to make the best choices for your body and your life. With that said, let's get one thing out of the way: None of these contraceptives will keep you safe from STIs, which is why you should always use a condom when having sex with a new person.

Now that we've gotten that out of the way, here's everything you need to know about how some of the most common forms of birth control will affect your body and your life.

The birth control pill is a prescribed pill that you ingest daily for protection against pregnancy (but not STIs).

Here's how the birth control pill works: A combination of hormones, usually estrogen and progestin, work to suppress your monthly ovulation. You still get your period, but no eggs leave your ovaries, meaning there's nothing to be fertilized, aka nothing to get you pregnant.

The pill is awesome because it has a 99 percent efficacy rate (unless you're bad at taking it consistently, in which case it can drop down to 91 percent effectiveness), and it can also do wonders to regulate other hormonal systems in your body, like acne and mood swings. It's also easy to access, and costs, on average, anywhere from nothing to $50 a month. However, keep in mind that it can sometimes cost much more than that, depending on the type of insurance you have.

Overall, the pill is a great option, as long as you're organized enough to remember to take a pill every day. If you're forgetful like me (welcome to the club! We have jackets!), you might want to consider a no-frills form of contraception like the IUD or shot.

Although there's a consistent myth about the IUD being reserved only for women who've given birth, the truth is that the IUD is one of the safest and most effective forms of birth control you can use.

The IUD is a small, T-shaped piece of plastic a doctor inserts in your uterus to interrupt the sperm from reaching the egg. What's particularly cool is that an IUD can last anywhere between three and 12 years.

There are several different types of IUDs, some of which use hormones, and some of which don't. The hormonal IUD gives off progestin (not estrogen) to thicken your cervical mucus to prevent sperm from passing through. The non-hormonal IUD is made of copper, which serves to repel sperm. It's the only effective non-hormonal contraceptive on the market.

The cons to the IUD are limited: It can be painful to get it inserted, you have to see a doctor to get it, and depending on your insurance, it can be more expensive than the pill (up to $1300 in some cases). However, since you're only paying once instead of monthly, some people argue that it's cheaper in the long run, since it serves to cover you for years.

Depro-Provera is a birth control shot that is effective at preventing pregnancy for three months per hormonal injection. Similar to the pill, the shot works to prevent ovulation from happening. If you're up for getting a quick shot every three months, this is a great option for you. In terms of responsibility, I like to think of it as the sort of middle ground between the pill (high responsibility required) and the IUD (low responsibility necessary).

Each birth control shot should cost you around $60 a pop. The shot is a hormonal contraceptive, so it may affect your mood, but as an added bonus, it's known to make periods lighter for those who choose it as their form of contraception.

However, one potential drawback of Depro-Provera is that it's one of the few forms of birth control that can delay your ability to get pregnant after going off of it. On average, you might have to wait nine to 10 months before your fertility is back to normal after taking the shot.

The transdermal contraceptive patch is a form of contraception that you can wear on your stomach, upper arm, butt, or back. The patch has the same hormone release as the pill (estrogen and progestin), and works to stop ovulation from occurring. You have to swap out the patch weekly, so it's less work than the pill, and more work than the IUD or the shot.

You'll still have your period on the patch, and it'll actually work to make your cycle more consistent, which is great. It'll cost anywhere from nothing to $44 a month, depending on your insurance.

The NuvaRing is a self-inserting form of hormonal birth control, about the size and shape of a hair tie, that involves putting it as far up into the vagina as possible. It stays there for three weeks, and then you take it out for the fourth week. The NuvaRing has the same hormones as the pill (estrogen and progestin), and has around a 98 percent efficacy rate if you insert it properly.

However, it's worth noting that there's been significant controversy around the NuvaRing and the higher rates of blood clotting that women have experienced after using it, in comparison to other types of contraception. In fact, in 2014, the NuvaRing manufacturer settled a lawsuit for $100 million dollars over this exact issue. Be sure to consider all the facts, and have a detailed discussion with your doctor (including, for example, a conversation about whether or not you have any potential preexisting conditions that might make you more vulnerable to clotting) about whether or not this particular form of contraception is right for you.

As far as money goes, the NuvaRing will cost anywhere between nothing at all, to $80 a month, depending on your insurance.